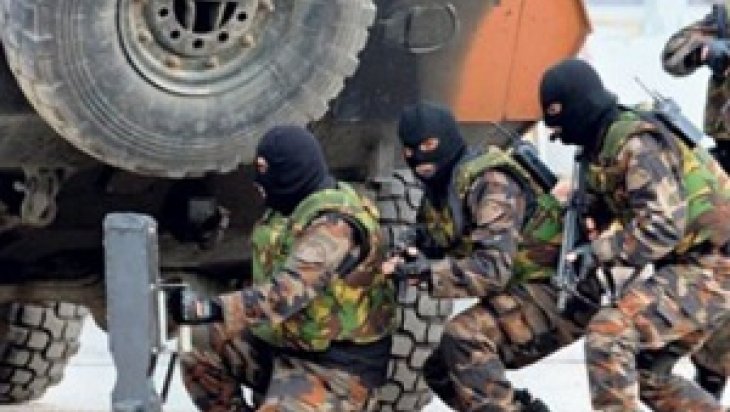 Turkey the Unaccompanied Country in Fight Against Terrorism

In the process of fight against terrorism, factors that push Turkey into loneliness are not limited to these. USA’s reluctance in selling drones that Turkey has wanted to buy for years should not be forgotten. However, such events as the arms embargo that imposed to Turkey after Cyprus Peace Operation, being stalled or rejected in the demands of Turkey for arms made the defense industry take the plunge and the intense motivation that was created in Turkey should also be emphasized.

On 22 July, 2015, the terrorist organization PKK’s relaunch of its armed attack by breaking the resolution process and choosing urban areas as a combat zone, has presented Turkey with an intense conflict for the first time in its history. Despite initial experience, Turkey that comprehended the conflict area in a short time from the military view defeated PKK with the mutual operations performed by the soldier and police in the field. Operations in the rural areas which are another dimension of the operations are continuing with the support of land scanning and drones on air. The terrorist organization which retreated to rural areas and continued its actions in rural areas, was backed into the corner thanks to Turkey’s new technological capabilities. When a terrorist mobility seen in the area, determining deployment conditions, the response time to the terrorists who bombed by gunships or warplanes has been further reduced in recent weeks. With the immediate response of TB2 armed UAV (Unmanned Aerial Vehicle) to the terrorist groups, Turkey has a very important advantage. This response process is a growth that will reduce casualties of both military personnel and economy in Turkey’s fight against terrorism.

The initial effect towards Turkey’s national security that was created with the invasion of Iraq by the allied (!) US in 2003, has been the disruption of ceasefire by PKK in 2004. Then Iraq whose unitary structure is deteriorating has turned into a chaotic geography where is an emergence of Sunni insurgency because of the Shiite policies applied in the country and some of the participants met under the name of Iraq Al-Qaeda and the state apparatus is disappearing as de facto. With Iraq Al-Qaeda’s name changes as Islamic State of Iraq and the Levant after the civil war that outbreaks in Syria in 2011, the extension of the battlefield that covers some parts of Iraq and Syria has seriously began to threaten Turkey’s security along the southern borders. Within that period, because of the fact that its Western allies has been deaf to the process, Turkey has remained alone in its struggle against the terrorist organization DAESH no matter how Turkey has touched on the security threat among its allies. Even though Turkey takes part in the anti-DAESH coalition, its Western allies has not only been disgracing the coalition by cooperating with PYD which is a wing of PKK in Syria, but also severely preventing Turkey’s support from alliance(!) in the fight against terrorism.

There is no doubt it will not be an exaggeration to define Fethullah Terrorist Organization (FETO) as the biggest threat that encountered in 93-year history of the Republic and Turkish history dates back from Central Asia to Anatolia. Fethullah Terrorist Organization which has been organizing in the state with its actions and speeches for more than 40 years, has made its structure more and more powerful in every coup period. The first priority for the fight against this organization which continues to target the Republic of Turkey’s indivisible unity and continuity should be merit-based recruitment and appointment of cadres in the state. It is also important to full this without becoming a technocratic obsession. This terrorist organization, which proceeds as state in a state, has attempted a coup to a vital institution; intelligence service in February 7, 2012, to the executive branch; with the terrorists that penetrates into the police and judiciary in December 17/25, 2013, and finally to whole of the Republic of Turkey. Despite the operations towards FETO has accelerated after July 15, it is known that there are still many domestic cells that has not been (could not be) deciphered and its activities abroad are continuing without interruption. Especially, in a situation that removes the organization’s existence in Africa and Central Asia and if Turkish public diplomacy’s officials such as Yunus Emre, TIKA, YTB, The Red Crescent, DIB (Presidency of Religious Affairs) are more effective than today, it may be granted for quite a strategic response to both in Turkey’s fight against FETO and smear campaign carried out in the international arena.

There is no harm in saying once again if it has been expressed in years. It is harmful to accept that Turkey has been successful in the fight against terrorism from the perspective of military or police. But the struggle with terrorist in the security area has only brought tactical (short-term) success because the big strategic need as a part of government policy which is sustainable and can bind political, economic, socio-cultural and security policies that has been mentioned for years has not been fulfilled. This strategy can be applied with the combination between global progress follower Turkey-lover rising generation’s dynamism and visionary that are ready to take part in merit-based state personnel, and successful, competent civil and soldier bureaucrats’ experiences who have taken part actively in various institutions in the fight against terrorism for years. In the ongoing process, Turkey’s fight against terrorism, without making a difference in PKK, DAESH or FETO, is on progress as a full-court pressure from the perspective of struggling against terrorism. However, the need of shaping this struggle process around the big strategy axis to cut the accession phase into the organizations is crucial for Turkey’s national security and continuity first and foremost.

This article was published on Yeni Şafak website with the title of “Türkiye’nin Öncelikli Güvenlik Sorunu: Terör” 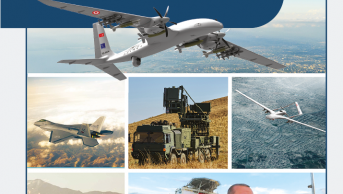 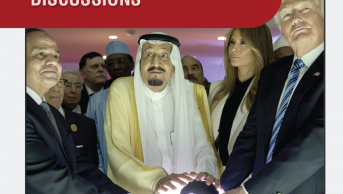 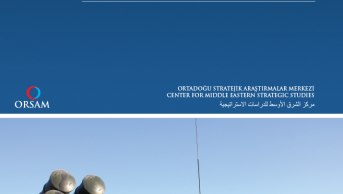