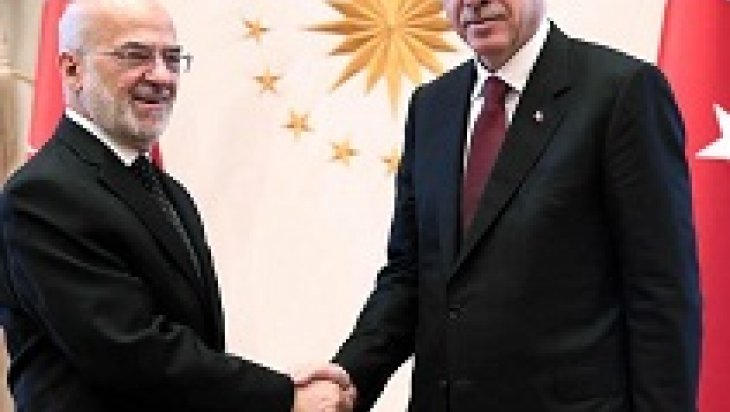 After his visit in November 2014, Iraqi Foreign Minister Ibrahim al-Jaafari visited Turkey again on 13 July 2015 and conducted high level meetings. These visits were benefited as an opportunity to improve bilateral relations between two countries. After his meeting with the Foreign Minister Mevlüt Çavuşoğlu, Jafaari met with Prime Minister Ahmet Davutoğlu and President Recep Tayyip Erdoğan. In Turkish Foreign Ministry’s statement before the visit, it is stated that bilateral political and economic relations, security situation in Iraq and counterterrorism will be the main subjects of the meetings; from the statement, it seems that fighting against ISIS has become the focal point of the talks. At this point, it seems that Iraqi expectation that Turkey have a more effective role in the fight against ISIS has increased and ISIS is accepted as a mutual threat.

As is known, the bilateral relations, which were hurt especially during Nouri al Maliki’s second term as the Prime Minister (post-2010), has begun to improve with Haidar al Ibadi’s newly formed government in September 2014. Turkey has been the first country to congratulate Iraqi government, and reciprocal visits have gained momentum. Apart from Ibrahim al Jafaari’s visit to Turkey, Prime Minister Ahmet Davutoğlu visited Iraq in November. After this visit, Iraqi Prime Minister Abadi visited Turkey and High Level Strategic Cooperation Council meeting, which was on the agenda since 2009, was conducted. 17th meeting of the Turkey-Iraq Joint Economic and Technical Cooperation Committee was held in Baghdad on 17-18 January 2015 after nine years with the participation of the Minister of Energy and Natural Resources Taner Yıldız, bilateral relations have accelerated, and cooperation between two countries was brought to forefront.

Turkey, in the meantime, gave a strong support to the fight against ISIS in regional terms. While participating actively by logistically and giving intelligence support to the operations by the coalition powers; in terms of bilateral relations with Iraq, it also sent two planes of military aid to Iraq in March 2015. Furthermore, Turkey also undertook the duty of training 1,600 peshmerga within the train and equip program and 1,500 Iraqis for the potential Mosul operation in Turkish territory. In this context, Turkey followed a policy of increasing its support for the fight against ISIS in the same line with Iraqi expectations. Another significant event was opening fire on Turkish soldiers by ISIS members on 24 July 2015 in Elbeyli town of Kilis province, in which a military officer died and two wounded, and Turkey responded heavily. Turkish aerial strikes hit ISIS targets in Syria from Turkish air space and killed an ISIS member.

On the other  hand, outlawed terrorist organization PKK’s attacks in Turkey have increased and as a response law enforcement officers conducted operations against ISIS, PKK, DHKP-C, and MLKP within Turkey and detained more than 1,000 suspects. Turkey conducted aerial strikes on PKK camps in the north of Iraq at the same time. Iraqi Foreign Minister Jafaari met with Turkey’s Ambassador in Baghdad Faruk Kaymakçı after the operations. While Jafaari underlined the importance Iraq gives to Turkey’s security, he stated that they worry about the potential civilian casualties as well as damages to property in the region and therefore, Turkey should be in coordination with Baghdad for the operations. Iraqi Council of Ministers also had a meeting following the aerial strikes. After the meeting Iraqi Prime Ministry issued a statement, which said that Turkey’s aerial strikes on Iraqi territory caused a dangerous tension and this becomes a threat to Iraqi territorial integrity. The statement also underlined that Iraq will not accept any attack to Turkey from its soil. In this context, it was emphasized that Turkey should seek dialogue in order to resolve the problems between two countries for the sake of friendly relations rather than escalating the tension.

The statements by Iraqi officials seem to reflect an approach far from the reality on the ground. First of all, Iraq has not been able to take any measures against PKK terrorist organization up until today. Furthermore, it is known that under Nouri al Maliki’s Prime Ministry, PKK’s high level members were hosted in Baghdad. In addition, Iraqi security forces have almost no control in the north of Iraq since 2003 and after ISIS’s Mosul offensive in June 2014 it even went down. For this reason, Turkey exercises its right from the international law to in order to secure its territory. Iraqi government remains silent on Iran’s military existence and operations in its territory and responds positively to 5,000 American soldiers. At this point, Iraqi government’s defensive arguments based on ISIS brings to mind the question whether Iraq sees PKK as a terrorist organization or not.

Turkey sees both PKK and ISIS as terrorist organizations. It is not possible to evaluate Iraq’s critique of Turkey’s struggle against PKK, which is a threat to its national interests, while expecting support for the fight against ISIS as a rational and realist approach. From this point onwards, it should be stated that Iraq should behave in a more balanced manner if it wishes to strengthen its ties and cooperation with Turkey. Terrorism is the main problem of the Middle East regardless of PKK or ISIS. It should be kept in mind by all countries of the region that a balanced, rational, and realist approach will be useful in order to counter this crucial problem. 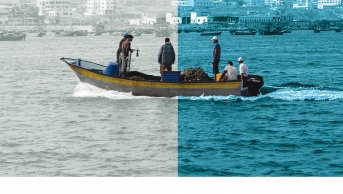 Brahim Oumansour | 27.01.2022
Arab waters have high fisheries production potential, stretching from Mauritania and Morocco’s coasts to the Atlantic Ocean on the West to the...