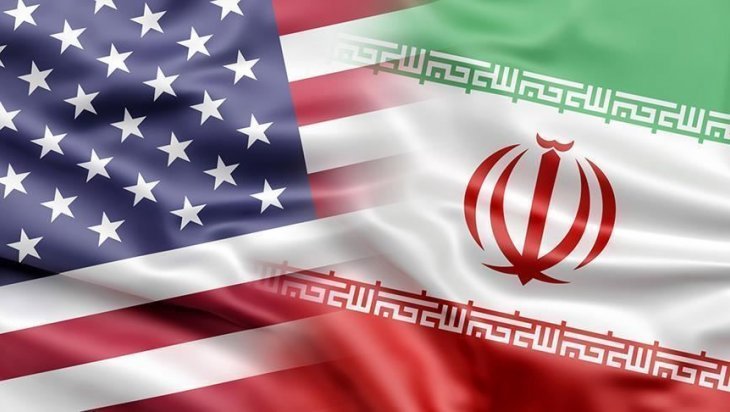 Key anti-Daesh/ISIS actors in Iraq since 2014, the Hashd al-Shaabi and Shia militia groups have become the defining forces of politics beyond the military sphere in current times. In Iraq’s May 2018 elections, the Fatah Coalition, a political list backed by groups known to be closer to Iran within Hashd al-Shaabi, came second after the Sairoon Coalition led by Muqtada al-Sadr, the leader of Saraya al-Salam, one of the most influential militia groups in Hashd al-Shaabi. Thus, the paramilitary structures became the essential elements of the process of forming a government.

On the other hand, these structures – able to act together only against the common enemy and the goal (Daesh/ISIS) – became increasingly dissociated and even occasionally confronting positions in accordance with the nature of politics. While splits occurred within Hashd al-Shaabi with the developments in Iraqi domestic politics and the dispute between the U.S. and Iran, January’s U.S. assassination in Baghdad of Qassem Soleimani, commander of the Iranian Revolutionary Guards Quds Army, and Abu Mahdi al-Muhandis, deputy head of the Hashd al-Shaabi Delegation, deepened the split within Hashd al-Shaabi.

Groups making up Hashd al-Shaabi
Hashd al-Shaabi was formed by the fatwa of Ayatollah Ali al-Sistani, the top Shia authority in Iraq, after the terrorist Daesh/ISIS maintained territorial dominance mainly in Anbar and Mosul and Iraqi security forces were insufficient to fight it. In two weeks following the fatwa by Sistani, about 90,000 people joined Hashd al-Shaabi as volunteer fighters. On the other hand, militia groups involved in the civil war in Syria in 2013 on the grounds of “protecting religious sites” also became a pillar of Hashd al-Shaabi. At this point, it is worth noting that Iran has established great influence on Hashd al-Shaabi through militia groups. Indeed, most of the groups such as Al-Nujaba, Kataib Hezbollah and Kataib Sayyid Shuheda were groups driven by Iran.

The same organization continued in the Iraqi field. Although Hashd al-Shaabi had an “Iraqi” identity due to the fatwa by Sistani, a dual structure was formed within Hashd al-Shaabi mainly as pro-Iranian and national groups due to the influence of militia groups close to Iran. However, even though Hashd al-Shaabi emerged as “volunteer troops” in the fight against Daesh/ISIS, a division also emerged within this structure. In addition to the split between the militia groups and the volunteer fighters, the tribes also played an important role in Hashd al-Shaabi. Even the groups formed by the tribes were referred to as “Hashd al-Ashairi.” However, groups that were influential at the regional and local level, though not within the general Hashd al-Shaabi structure, also emerged. Most of these groups were formed by the people of the region or a minority in that region in order to maintain and control a particular region.

US-Iran strife, protests, and Najaf-Qom rivalry
Tensions between the United States and Iran have persisted, especially since the summer of 2018. These tensions have been growing in the region since the U.S. sent an aircraft carrier to the Gulf following an attack on Saudi Arabia's oil company Aramco. But the protests that began in Iraq in the October of the same year and ensuing developments have moved the tensions toward a conflict over proxy elements. On Dec. 27, 2019, a U.S. citizen was killed in an attack on the U.S. base K1 in Kirkuk, believed to have been carried out by Kataib Hezbollah, and the U.S. attacked Hashd al-Shaabi bases in Anbar province in response to this attack, killing about 30 militia members. Members of the Shia militia groups close to Iran stormed the U.S. Embassy in Baghdad. This tension continued with the murder of Qassem Soleimani and Abu Mahdi al-Muhandis. On Jan. 8, ballistic missile attacks were carried out by Iran against U.S. military bases in Anbar and Erbil. In contrast, militia groups such as pro-Iranian Asaib Ahl al-Haq and Kataib Hezbollah, one of the most important components of Hashd al-Shaabi, also threatened the U.S., making statements that its presence in Iraq would be targeted. From this perspective, it appears that Iran prefers to escalate the tensions by using Hashd al-Shaabi militia groups as proxies rather than directly escalating tensions with the U.S., thus avoiding direct confrontation.

Indeed, it would not be wrong to say that the U.S. responded in the same direction. The U.S., in Iraq, moved against Iran-baked al-Nugaba, Kataib Hezbollah, Asaib Ahl al-Haq, some Shia militia groups and made sanctions against their leaders, while these organizations, in joint statements, described the U.S. presence in Iraq as an invasion and made statements that they could target it. On the other hand, the targeting of these groups related to Hashd al-Shaabi in the U.S. has created tension within Hashd al-Shaabi as well. On the one hand, concerns have been expressed that this harsh reaction to the U.S. will not benefit Iraq, while on the other, it is said to cast a shadow over the legitimacy of Hashd al-Shaabi. Indeed, the harsh intervention of the groups close to Iran against demonstrators during the protests is thought to have greatly damaged public support for Hashd al-Shaabi.

At this point, we can say that Iran is trying to boost its control within Hashd al-Shaabi and guide Iraqi politics through repressive methods. Indeed, it is remarkable that Abdulaziz Abu Fadak, a former commander of Kataib Hezbollah, one of the largest groups close to Iran, was nominated as Muhandis’ successor on Feb. 20. However, the fact that pro-Sistani groups within the Hashd al-Shaabi (Hashdi Authority) rejected Abu Fadak's appointment on the grounds that they had no knowledge of the choice of Muhandis’ successor is another aspect of the conflict within Hashd al-Shaabi. As a matter of fact, the news that these groups wanted to be linked to the Defense Ministry as the Hashdi Authority after Abu Fadak was chosen is another sign of the divergence. This attitude may be tired of Najaf's resistance to Qom, which has long sought control over the Hashd al-Shaabi, in the new era. Because in terms of Shiism, the Najaf and Qom schools are the two decisive forces. Forced to shut down due to the repressive policies of Saddam Hussein, Najaf regained its former power right after 2003. However, Iran does not want Qom's dominant position of power, which has enabled it to exert influence over Shiism, to go backwards. For this reason, Hashdi has also created pressure on Shaabi. Given that the Hashd al-Shaabi was founded with the fatwa of Sistani, the largest Shia religious authority in Iraq, we can say that Iran is seeking to gain the upper hand over Najaf by maintaining control over Hashd al-Shaabi. Iran has, thus, reduced the cost of the direct conflict by conducting a proxy war with the U.S. over Hash al-Shaabi, while at the same time trying to gain an advantage in the Qom-Najaf rivalry. On the other hand, the fact that groups close to Iran are showing an anti-U.S. stance and insisting that they are constantly defending Iraq carries the message that says “Iraq is ours.” However, given the reaction against Iran in the protests, it is clear that Iraqis do not want an Iranian presence. At this point, it can be said that Najaf also claimed the identity of Iraqism.

On the other hand, U.S. sanctions against existing groups and the Iraqi government's quiet and supportive position restrict the movement of pro-Iran groups. At this point, it appears that Iran has adopted a style of movement through new groups so as to provide flexibility. As a matter of fact, a new armed group called Osbat al-Thairin (the Union of Revolutionaries) undertook the attacks on the Taji military base northeast of Baghdad on March 11 and 14. The group last drew attention when the U.S. posted a drone camera shot over the Baghdad embassy on the internet. At this point, the new phase in U.S.-Iran tension, which seems likely to continue escalating over militias, could be expected to be exacerbated by the radical groups fighting a hit-and-run tactic against American forces. This could bring about the disintegration of Hashd al-Shaabi or the decline of its power, and it shows that Iran will not give up its influence in Iraq and will seek to transform the deterrent power of a proxy war with the U.S. Indeed, even if the U.S. has transferred some military bases in Iraq to Iraqi security forces, the fact that it has deployed Patriot air defense systems to the bases in Anbar and Erbil and signs that this will continue can be interpreted as an indication that the fight will continue in the U.S.-Iran-militia triangle in Iraq.