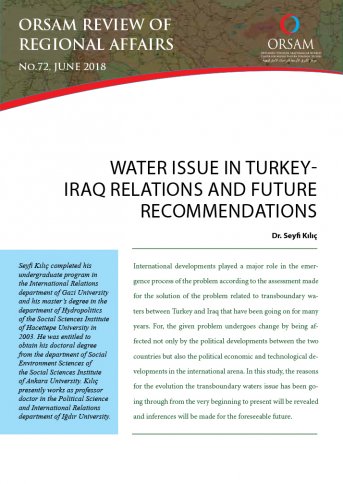 International developments played a major role in the emergence process of the problem according to the assessment made for the solution of the problem related to transboundary waters between Turkey and Iraq that have been going on for many years. For, the given problem undergoes change by being affected not only by the political developments between the two countries but also the political economic and technological developments in the international arena. In this study, the reasons for the evolution the transboundary waters issue has been going through from the very beginning to present will be revealed and inferences will be made for the foreseeable future.