What does Trump Term Mean for Syria? 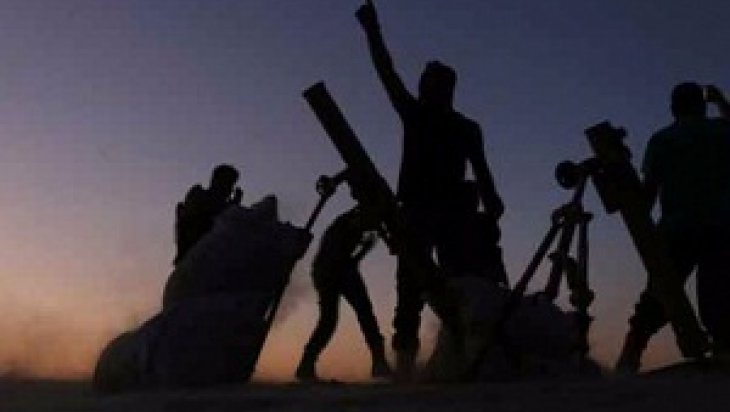 Trump’s victory in US presidential elections has already started to show its effects on Syria. It is difficult to consider the results of the elections and the intensified airstrikes of Russia and Syrian army on Syrian rebels, taking place in Aleppo over the last week, unrelated. This is because many people expect USA’s Syrian policy to change in favor of Russia and that there will be more opportunity to cooperate with Russia in Syria, as Trump has come to power.

The most important part of Trump’s discourse on Syria is where he states who is good and who is bad in Syrian civil war.  This discourse has a critical importance in terms of foreseeing USA’s preferences and priorities in Syria in following days. Trump’s statements related with Syria is not that much different than what Russia and Syrian government have been saying. Trump is signaling that he will ignore moderate opposition in Syria by saying that even though Assad is not good, the alternative will be worse. Trump says “when two sides are fighting, you cannot fight with each of them.” meaning that he considers Syrian government and Russia as natural allies in the fight against ISIS. This discourse signals the point, to which Russia and Syrian government want to take the world, since the beginning of the civil war. If we analyze the military operations conducted by Russia and Syrian government, we will see that these operations are weakening the moderate opposition rather than the radical groups. The majority of Russian airstrikes targeted Free Syrian Army rather than the radical groups like ISIS or Al-Nusra. The main objective of this approach is to force the world to make a choice between “the radical groups and Syrian government” by removing the moderate opposition. Trump’s discourse may be a signal that USA is coming closer to that point and this may strengthen Assad’s position in following days.

When Obama was in power, USA was always cautious about helping Syrian opposition. USA was keeping a balance where the opposition wouldn’t be defeated but at the same time wouldn’t be powerful enough to overthrow the government. But Trump being in power will worsen the situation for the opposition. Trump may cut the support for the opposition about which he says “we don’t know who the rebels are”. These are the reasons why Russia and Syrian government welcomed Trump’s victory in the elections. In an interview given to Portugal media, Syrian President Assad told the press regarding Trump’s victory that “USA can be a natural ally if Trump makes good on his campaign promise.” Mikhail Bogdanov, Deputy Minister of Foreign Affairs of the Russian Federation, stated that they started communicating with Trump’s team to discuss Syria issue. In a time like this, missiles and aircrafts took off from the Admiral Kusnetsov, Russian aircraft carrier, and started bombing Aleppo and Idlib. Russia’s goal is to cause Syrian moderate opposition damage in terms of motivation and military strategy by taking Aleppo and to limit Syrian opposition with Idlib. If Russia takes Aleppo, armed opposition groups and the civilians will have to move to Idlib. Syrian opposition being pushed to Idlib, will give Russia and Syrian government more military and discourse advantage, because Idlib is controlled by many opposition groups but the strongest among them is the Front for the Conquest of Levant (former al-Nusra) which used to be Syrian branch of al-Queda. Syrian opposition, pushed to a region where Front for the Conquest of Levant has the upper hand, provides basis for Russia’s and Syrian government’s “we fight terrorism” discourses, which will pull USA more towards its position.

This possible change in USA’s Syrian politics has both risks and opportunities for Turkey. USA and Russia having closer relations on Syria is bad news for Turkey which has been supporting the Syrian opposition for a long time. Syrian moderate opposition and Free Syrian Army already have the weakest position in the civil war and it is possible for them to weaken even more. This will be a factor which strengthens Syrian government’s hand at the political solution table.

On the other hand, considering the fact that Turkey’s priorities in Syria have changed and that Turkey and Russia is in a rapprochement process, some of Trump’s views can be considered as an opportunity for Turkey. Trump believes the most important issue in Syria is the fight against ISIS. When Obama was in power USA’s local ally in the fight against ISIS was YPG, which Turkey considers as a terrorist organization. On one hand USA’s strategy in Obama’s term weakened ISIS, but on the other created new facts in the field. Supported in the fight against ISIS, PYD/YPG clearly state that they want federalism in Syria and it is impossible for USA not to analyze the political consequences of supporting this organization or what de facto situations it will create. But insisting on being allies with this organization strengthens the thought that USA was interested in political and military outcomes of the fight against ISIS as much and more than the fight itself in Obama’s term. The outcome is obviously a state-like formation under the control of YPG/PKK, which is the primary reason for the recent crisis between Turkey and USA.

The fact that Trump is prioritizing the fight against ISIS in Syria can mean more engagement with YPG. But “being allies with any partner which brings the most success in fight against ISIS” overweighs among US decision makers, except for some “obsessive” circles who supports to do it via YPG. The impression, that USA with Trump, is more concerned with which actor to cooperate in eliminating ISIS, rather than its political outcomes, is dominant. Also Trump seems to welcome the idea of working with traditional allies and states rather than non-state actors in the region. Turkey could be a strong ally for the new USA administration which is focusing on how to be more successful in the fight against ISIS, as Turkey proved its success in Operation Euphrates Shield and proved that it is ready to take any responsibility in the field in order to eliminate ISIS. President Erdoğan’s proposal to eliminate ISIS in Raqqa by a joint operation could be considered in that context.

Second opportunity for Turkey is Trump’s view on relations with Iran. In Obama’s term, Iran was trying to increase its realm of activity through fight against ISIS and USA was enabling it. Iran’s influence in Iraq and Syria increased as a result of, sometimes USA’s consent and sometimes USA’s reluctant policies. The spread of Iran concerned other important actors in the region, and created a security dilemma, which increased the instability in the Middle East. With Trump, USA is signaling a more cautious approach towards Iran, considering his words that state “he will trash the nuclear deal with Iran”. Also it is important to note that Trump openly expressed that he saw Obama and Clinton as responsible for Iran’s growing power in the region. If a possible policy change, regarding to balance Iran, had its reflections on Syria, it would benefit Turkey as well.

Turkey may need to revise its policy according to the changing balance of power in Syria. Turkey already showed how important it is an actor in the fight against ISIS with Operation Euphrates Shield. It is extremely important for the military success of the operation to continue in al-Bab in order to bring forth Turkey more. To give a successful test in the regions freed from ISIS is as much as important to defeat the organization militarily. If Turkey and the opposition groups manage to present a successful model regarding civil authority and providing basic services in these regions, Turkey will bring itself forth more.  This may mean that Turkey’s influence in north Syria will extend from the west to the east of Euphrates.