What is Happening in the Referendum Spiral in Kirkuk? 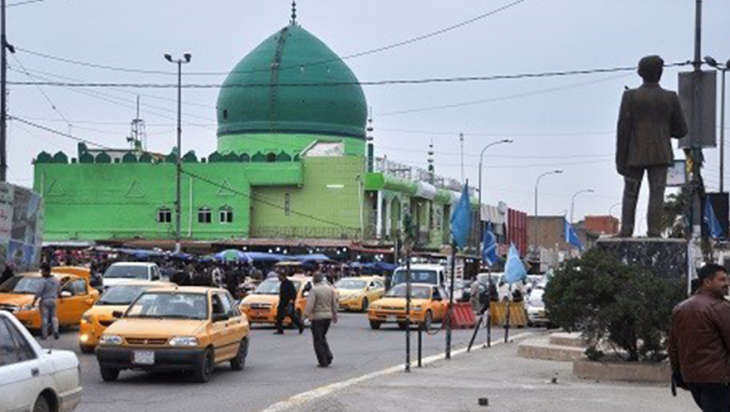 Following the decision of the head of Kurdistan Regional Government (KRG) Masoud Barzani to hold an independence referendum, extremely tense times have been encountered in Kirkuk since the raising of the KRG flag and the decision to participate in the referendum, upon the instructions of Kurdish Kirkuk Governor Najmiddin Karim and the votes of Kurdish members in Kirkuk Provincial Council. These tensions reached the boiling point and first Turkmen Nationalist Movement (TNM) Headquarters and then, Iraqi Turkmen Front’s Kirkuk Provincial Head Office and its other offices were attacked by some armed Kurds before the night of 18 September 2017. Upon the response of Turkmen guards to the attack targeting the TNM, one assailant was killed and three others wounded. Following these events, a curfew was declared for a short term in Kirkuk and the tensions in the province were ongoing. At the current point, Kurds play a role intensifying the tension in the province and provoke a deadlock and conflicts by taking unilateral steps. Indeed, Kurdish parties held a pro“yes” rally at Kirkuk Citadel on 19 September, right after the attacks targeting Turkmen offices on 18 September 2017. The steps taken in this regard will increase the tension and conflicts while 25 September, the scheduled date for KRG referendum, approaches.

Local, national and regional developments also increase the pressure in Kirkuk. While notably Turkey and Iran took a clear position against the KRG referendum, the Iraqi Parliament and the Federal Court issued successive decisions on the invalidity of the referendum and its rejection in the future, after the rejection of the proposals made by the USA, the United Kingdom and the United Nations (UN) to Masoud Barzani and the decision to continue the referendum process. On the other hand, Abu Mahdi al-Muhandis, who is one of the high level authorities in al-Hashd al-Shaabi, also visited Kirkuk on 18 September, going to the Turkmen Brigade of al-Hashd al-Shaabi in Kirkuk and stated that they supported Turkmens. Furthermore, a military operation was launched at Habur Border Gate in Turkey on the same day and a powerful air operation was initiated, targeting PKK in northern Iraq.

As is seen, the decisions to be taken in the Turkish National Security Council Meeting dated 22 September will lead to significant consequences while the latest stunning developments concerning Iraq have been witnessed for a few days. Moreover, the launching of the operation in Hawija, in the south of Kirkuk, which is still under ISIS control on 23 September will increase the dynamics of conflict in Kirkuk. While the peshmerga are deployed in and around Kirkuk, al-Hashd al-Shaabi and the Iraqi army will be present in the region for the Hawija operation. Within this process, the possibility of the armed groups to confront each other cannot be underestimated. The confrontation between the armed groups may lead to a serious security vacuum in Kirkuk. This situation may both hinder the Hawija operation and will prepare the ground for terrorist structures, having regard to the terror organizations like ISIS and PKK in the region. In this respect, both regional and global actors are concerned and they hesitate that the fight against ISIS lasting for almost 3 years may be affected. At this point, it will be appropriate to say that Kirkuk has become a transboundary and international issue. As is seen, the developments in Kirkuk are not only limited to Kirkuk but also reveals an expansionist structure. In this sense, the ethnic-based conflicts among Turkmens, Kurds and Arabs in Kirkuk will easily spread first to the other fields in Iraq and to the region. As a matter of fact, Kirkuk is a region where different regional actors play an active role and try to find a place for themselves. Upon the tensions raised by Kirkuk’s own internal dynamics, the regionally influential actors present in Kirkuk might differentiate and increase the conflicts and tensions. This situation will bring no benefit to any parties in the region. If the conflict risk in the region is focused on KRG and Barzani does not take a step back from the referendum, this might lead Iraqi Kurds to lose the ground gained for years. Taking into account the unbalances and dissolutions in the KRG internal politics, dreams may turn into a nightmare for Barzani. Therefore, it will be significant for the stability of the region that Masoud Barzani and Iraqi Kurds act reasonably and rationally and protect the gains without throwing the region into the fire.