What Went Wrong for Tunisian Diplomacy? 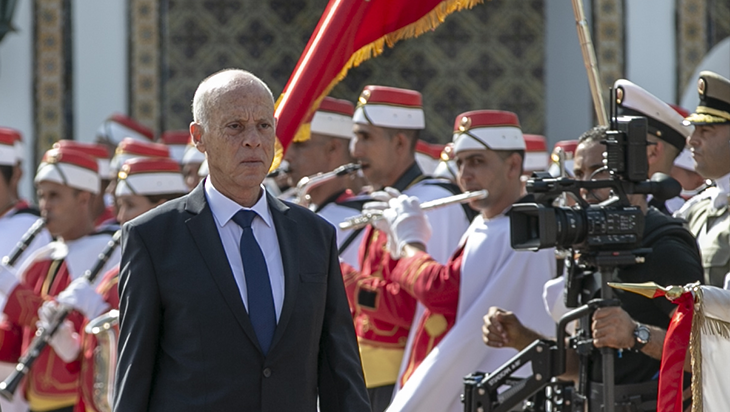 “All politics is local” as the former U.S. House Speaker, Tip O’Neill put it, but in MENA region, it is regional and global. Tunisia was the spark of the Arab sociopolitical Tunisiami that swept the Arab political landscape from Manama to Tripoli’s Libyan shores in 2011. Tunisia the closest neighbor of the tumultuous Libya, with common interests and direct national security concerns, was absent at the Libya Conference in Berlin.

What went wrong for Tunisian diplomacy?

The Libya conference in Berlin, initially proposed by the German Chancellor last summer, not inviting Algeria and Tunisia, eventhough Tunisia has been directly affected by the Libyan crisis. Tunisia like Algeria categorically rejects any foreign interference in Libya; “this is Tunisia's position from the beginning of the Libyan uprising, and has not and will not change," presidential office spokeswoman Rachida Nayfer said. Back in 2011, Tunis declared neutrality in the Libyan war.

Tunis’ “neutral” diplomacy in this regard, however, does not validate the country’s national security imperatives nor Libya’s stability. Tunisia is the first country to be moved by the situation in Libya. In 2012-2013 Tunisia hosted 1.5 million Libyan refugees. The absence of Tunisia in Berlin is arguably fatal to the country and its foreign policy.

On the other hand, the tragic Libyan war has become a proxy war, in light of the alliances and axis policies in the region. However, Tunisia’s absence in Berlin cannot go unnoticed with its 450 kms shared border with Libya, making Tunisia directly concerned by the civil war in Libya, while it prepares to receive thousands of refugees if the conflict intensifies. The security and economic challenges, which Tunisia faces, mostly originate from Libya, underlying how Tunisia is worried about the deteriorating situation in Libya.

However, Algeria’s new pro-active diplomacy following the election of the new president and his remarkable rapprochement with Ankara and the enhanced historical relation with Moscow have given Algiers a solid leverage to play a key role in the Libyan crisis. This was a shifting point for the German leaders to review their last summer position and invite Algeria to attend the Libya Conference.

Thus the Libya conference in Berlin was initiated in the aftermath of the latest developments on the ground in Libya and the entrance of Turkey directly in the Libyan crisis after the MoU Accord with the GNA government last November. This has brought Moscow to join Ankara and call for a cease-fire from Istanbul between Libya's eastern “strongman,” Marshal Haftar, and Fayaz al-Serradj and to sign a cease-fire agreement in Moscow last week to end hostilities. But Marshal Haftar left the signing table in last minute, and made the Moscow meeting a still-born diplomatic attempt, opening a new prospect for the Libya Conference in Berlin.

Observers and analysts see that Tunis currently has no leverage in foreign affairs that would explain Berlin's reluctance for not inviting Tunisia. The non-invitation has raised questions over Tunisia's diplomatic bearing on the Libyan conflict. Algeria and Turkey have insisted lately and Italy did raise the question last September but Tunisia’s timid diplomacy led by an Interim Foreign Affairs Minister was affected a great deal by Tunisia local politics.

Three months have passed and the country is still does not have a new government following last Fall’s legislative and presidential election because of the ongoing wrestling struggle between the a-Nahdha party on one side and the so-called anti-a-Nahdha block (main secular, leftist parties and oligarchs of the old system). This is because wrestling in the region’s politics thrives and wrestlers are either “faces” or “heels,” unlike where in real life there is no in-between.

Last week’s no-confidence vote against Prime Minister-designate Habib Jemli’s cabinet was a clear one on the Tunisian squared wrestling ring. France and the Emirates played a big  role to block the vote but the new president who seems eloquent and, to some extent, elegant needs now to act because foreign policy is under his constitutional domain. This domestic affairs factor made the Libyan conference organizers in Berlin look at Tunis’ participation as insignificant. This is unlike Algeria who has made a foreign policy “remontada” after years of long diplomatic absence.

Without a new government, the president may not yet be ready to engage in major strategic issues like Libya. Though he was criticized on his Libya ambiguous policy, notably after Turkey deployed military forces to support the GNA against Marshal Haftar, who is backed by Egypt, the UAE, Saudi Arabia, and France and implicitly by Russia with weapons, money and mercenaries.

The anti-Turkey and anti-Nahdha party camp are agreeing with President Saied to back the GNA and announced that his country was ready to send troops to Libya. The president’s office from the Carthage Palace issued a statement denying that Tunis refused to be used as a transit country for Turkish deployment and logistical support to the GNA. The Tunisian Free Destour Party parliamentary bloc attacked the presidential silence on the latest events in Libya. MP Safi Saeed stressed that Tunisia "should seek to establish itself in the coming period since the Libyan issue is directly related to all of the Arab Maghreb countries."

With the Tunisian State's diplomatic attitude widely considered, some MPs fear that the country may align itself behind a-Sarraj's GNA, under President Erdoğan's pressure. Tunisia’s MPs are saying, that there is no indication that Tunisia may shift from its non-intervention policy and is going to engage in any military action. It is unlikely that the country would change its “neutral” line. "I don't see Tunisia having the desire to politicize its role or exploit the situation like others have done, even if he supports Sarraj's government nominally," Sadeq Institute's Director argued.

He believes that the Tunisian head of State must evaluate carefully what security cost the country would pay if it had to line up with the GNA in a much more robust way. The situation in Libya is likely to become more complicated, especially in the wake of foreign interference.

Many of these regional actors like France and the UEA are pressing Tunis to step up its diplomacy in the Libyan field and not to side with the Algiers-Ankara axis. Sunday's Berlin talks came as international powers head towards a peaceful settlement after nine months of fighting around Tripoli, since last April, Marshal Haftar's forces have been engaged in a push to take control of the Libyan capital.

The Libyan Conference in Berlin at it best has done a huge favor for Tunisia to not take any risk with the lip service that Chancellor Merkel diplomatic initiative called for. If Tunis declined Chancellor Merkel’s last minute invitation, saying, “thanks, but no thanks,” Tunis knows well that all politics is no longer local and the tactic used by Haftar and his supporters reveals much about shifting alliances and how the Libyan crisis’ major players’ tactics have been justified for expediency over diplomacy.