Where Does the Mosul Offensive Lead? 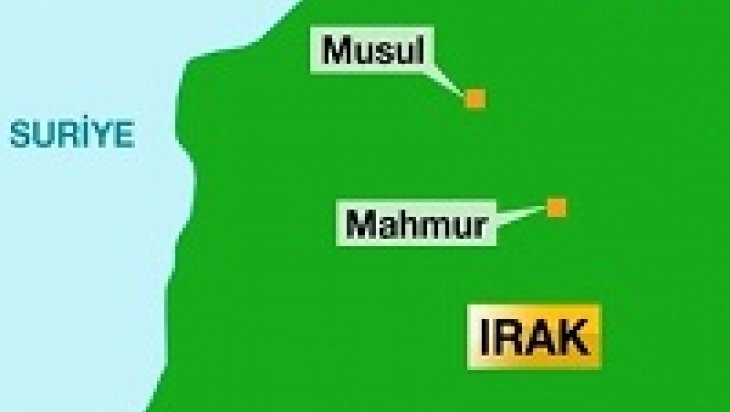 On 24 March 2016, Iraqi Ministry of Defense announced that it launched the Mosul Offensive also called Operation “Fatah” and attracted the attention of international public opinion to Iraq again. “The Operation Fatah” started early on 24 March and aimed to drive ISIS out of Mosul. The operation is now carried out only by Iraqi Army supported by the US-led coalition forces. However, it is not right to consider it as a big operation that will be launched in the main base of ISIS. As Iraqi Army also explains, it is possible to see it as the first stage of the big Mosul Offensive. With the operation, it is planned to cut the logistic support lines of ISIS that reach Mosul and to disconnect Mosul from the other regions that ISIS dominates since ISIS has control over Tel Afar district in Mosul, between Sinjar district and Mosul and over al-Shirqat district in Saladin, in the south of Mosul. ISIS is also dominant over Al-Hawiga district in Kirkuk, in the southeast of Mosul. ISIS receives logistic support through these regions. It also ensures interregional transportation of militants as a result of its control in these regions. Therefore, it is very important to cut the logistic support lines and connections between the regions under ISIS control before an operation is launched in the city center of Mosul in order to surround Mosul and prevent ISIS from receiving external support.

Indeed, the operation started in Mahmur, the south of Mosul and the Peshmerga forces are deployed as support forces in this region. Iraqi Army announced that 8 villages in Geyara, Mosul were taken back from ISIS within the first 5 hours of the operation. The sub-district of Geyara is an extremely strategic point for ISIS. Geyara is located on the road that links Mosul and Tikrit which is under ISIS control and it is known that ISIS drills oil in Geyara. Nevertheless, it is also known that Iraqi Army took back the villages on the east side of the Tigris river, near Mahmur. Since the center of Geyara is on the west side of the Tigris, Iraqi Army has to cross over the Tigris in order to cut the logistic support lines of ISIS. Iraqi Army has not yet been able to reach the center of Geyara. It is said that Iraqi Army will not possibly control the Tigris with its current forces deployed in Mahmur. Indeed, Iraqi Army launches the operation with almost 6,000 soldiers deployed in Mahmur. In addition to these forces, it is known that there are also Peshmerga support forces of some 4,000 soldiers which are deployed in Mahmur but not involved in the operations. Even though it was planned to take back 13 villages more in Geyara as of 25 March, there has not yet been any development in this regard. This shows that the Mosul offensive will last much longer.

As is known, the Ramadi (Anbar) Operation which targets one of the two ISIS central bases Ramadi (other being Mosul) in Iraq has not yet been completed. The first operation in Ramadi started in March 2015, but was halted two months later due to ISIS resistance. The operation which started again under the name of “Lebbeyk Ya Huseyn” in July 2015 still continues even though Iraqi security forces entered the city center of Ramadi. ISIS was not totally cleared away from the city center of Ramadi. Far from this, ISIS continues to strongly resist in the regions like Falluja, Hīt and Al-Ka’im in Anbar (the border gate is also under ISIS control here). It even sometimes launches attacks in Abu Ghraib, about 20 km away from Baghdad. Mosul is the second largest city in Iraq and the center where ISIS is stronger. There are also more than 1 million civilians living in this city. That is why, an operation that will be launched in this city can be hardly completed in short term even when Ramadi operation has not yet been completed. In addition, it also seen that Iraqi security forces are not prepared to complete the operation when their number is taken into consideration. On the other hand, it has not yet been decided which groups will take part in the operation which will be launched in the city center in Mosul. Iraqi Prime Minister Haider al-Abadi announced that al-Hashd al-Shaabi and its militia would engage in the operation even though the people of Mosul did not support it. Moreover, it is possible to say that the dimension of the forces that the Peshmerga will bring in and where they will be deployed is not definite. Above all, it is also seen that Mosul’s future is not planned in case ISIS is cleared away. It leaves question marks of who will ensure security in Mosul or what its regime will be if Mosul is cleared away from ISIS. It is obvious that the structuring that can be called “Mosul’s Power of Defense” and is also known as al-Hashd al-Watani led by the former governor of Mosul Atheel al-Nujaifi, would demand for activity in Mosul. It comes to mind to what point the Peshmerga will have control or activity as well as whether the Peshmerga will withdraw from Mosul after ISIS is cleared. It is also remarkable that PKK terrorist organization is present around Mosul (especially in Mahmur and Sinjar). The attitude of Iraqi central government towards the presence of PKK in Mosul in post-ISIS period is also unknown. There are even questions about the plans on the consequence of Mosul Dam which is in danger of demolition and within the limits of ISIS defense capacity.

On the other hand, Iraqi domestic politics have difficult times in addition to the questions that are mentioned above and can be multiplied concerning the Mosul offensive. This situation lowered the expectations that the Mosul Offensive will be concluded in a short time. While Iraqi Prime Minister Haider al-Abadi is busy with government reform, Iraqi Minister of Oil Adil Abdul-Mahdi, Iraqi Minister of Transport Baker Jaber al-Zubaidi and Iraqi Minister of Youth and Sports Abdulkarim Abttan submitted their letter of resignation to al-Abadi. This put a spoke in the wheel of the government and will also hinder the decision making mechanism. The failure of the decision making process will damage the fight against ISIS. From this viewpoint, it will be possible to say that the Mosul offensive will take a longer time even if it is announced to have started when the problems in the local politics of Mosul and Iraqi politics are taken into consideration.