Where is the Government Formation Process in Iraq headed to? 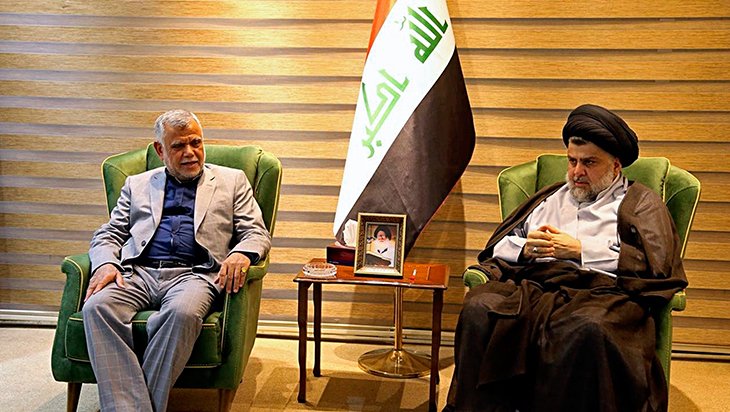 In addition to the efforts to form a government after the controversial parliamentary elections held on 12 May 2018, in Iraq, there are still discussions on whether the regional parliamentary elections, which are announced to be held on September 30, 2018, will be held in the Iraqi Kurdistan Regional Government (KRG). Furthermore, the protests, which started in June 2018 in the Basra region and let people take to the streets due to the insufficiency of public services, have also gained momentum. These three agenda items have become capable of determining the course of Iraqi politics. In fact, although these agenda items seem like separate issues, they have turned into intertwined and interrelated issues due to the nature of Iraqi politics. At this point, it is possible to argue that the given agenda items will be the main topics of discussion of Iraqi politics in the short term.

At this point, the position of Kurds and Turkmens, as well as Sunni groups, will be critical for the formation of the government. Here, the uncertainty regarding the position of the Sunnis reveals an important challenge for both Sunnis and Sadr and Amiri. Although different Sunni groups formed a group called the National Movement with the participation of 53 deputies after the elections, they experienced a breakdown in the government negotiations and took part in different formations. In the current situation, the Sunnis are expected to move in different directions. It is also possible to say that Muqtada al-Sadr and Hadi al-Amiri will not want to cooperate with some Sunni groups. For example, in case Sadr and Amiri establish a coalition, it is possible that they would oppose Khamis al Khanjar who allied himself with Osama al-Nujaifi. For Khanjar was previously accused by Shiite leaders of supporting radical groups. In this sense, it does not seem possible for all Sunni groups to take part in the government formation process.

At this point, the position of the Kurds will be significant. However, the internal conflicts of the Kurdish groups and the political process in the KRG make it difficult for the Kurds to take a stand. For the debate on the elections, which will be held on September 30 in the KRG, still continues. The PUK, which decided to act jointly with the KDP, wants the postponement of the KRG Parliamentary elections and thus, face the KDP in this regard. It is also known that most of the parties except KDP also take pro-postponement positions. It is also difficult to argue that a compromise could be reached between the parties regarding the posts to be requested from Baghdad. In particular, the presidency has been given to the Kurds so far and this position has been taken by the PUK. In the current situation, it is seen that PUK wants to maintain its position. Even Muhammad Sabir Ismail PUK, who served as the foreign representative of the PUK and the KRG for a long time and later became the Permanent Representative of Iraq to the United Nations, has been nominated as a presidential candidate. Nevertheless, while the news about the KDP's request for this post was in the media, it was alleged that Hoshyar Zebari, who served as the Minister of Foreign Affairs and Minister of Finance in Iraq, could be nominated as a presidential candidate by KDP. In the meantime, the KDP and PUK, which established a joint delegation for the government-building talks, are known to demand for the 17 percent of the budget from Baghdad, the return of peshmerga to Kirkuk and reelection of a Kurdish governor in the city, and a Kurdish president in the country. It is obvious that these demands will not be fully fulfilled in the government formation process. It is clear that the Kurds' withdrawal from these demands will facilitate their participation in the government. As a matter of fact, the Kurds would not want to be excluded from the government, but it would be possible to say that the US would want the Kurds to take part in the government. Since the US-Iran balance in the government formation process is a significant factor. As seen in the previous process, it is not possible to establish a government without a balance between the US and Iran. Especially the fact that a candidate to be prime minister is not to be rejected by both sides is one of the most important cornerstones of the establishment of the government.

As can be understood, the events in Basra seem to have resumed the government formation process. The political negotiations and government formation process, which have been taking place since the elections in Iraq on May 12, 2018, are in a new phase. The fact that the first government formation process in which emerged two different poles (Sadr-Abadi, Amiri-Maliki) failed to yield results led the parties to take different steps. At this point, the role played by the Shiite religious community played a great part as well as the Basra events. On the other hand, the bipolar structure that showed up after the elections appeared as a US-Iranian pole, a perception that Sadr and Abadi represent the United States while Amiri and Maliki were on the Iranian side. However, both sides do not have sufficient political support to form a government. At this point, it would not be wrong to assert that the United States and Iran have turned back to the equilibrium policy in Iraq and paved the way for a new process to be concluded with a consensus. However, it is seen that the role of the religious authority in Iraq will be determining at this stage. Especially after the events in Basra, the Shiite religious authority has captured the process. The fact that Sistani's representative Ahmed al-Safi went to Basra and started directly water-related infrastructural services is a clear sign of this. This situation should be considered together with the efforts of the Iraqi Shia to find itself again. The reaction of the Iraqi people against the Iranian influence in Iraq for a long time has turned into action in Basra and the Consulate General of Iran has been burned. At this point, it is seen that Iran will have to get along with the Shiite authority and to reach a compromise in order not to lose its influence in the country. Likewise, it is possible to say that the US will not ignore the Shiite initiative to break and stabilize Iran's influence. Herein, Turkey, which did not take a firm stand and instead, showed goodwill to develop good relations with all groups, could have the opportunity to be an equilibrant both between the US and Iran and in relations of the Shiite religious authority with the US and Iran.