Who is Behind the Islamic State Organization? 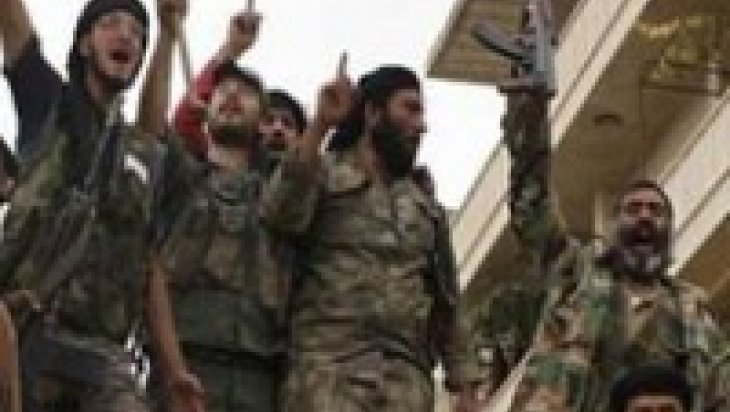 There are two contradicting viewpoints regarding the main supporter of the Islamic State (IS), previously known as the Islamic State of Iraq and Syria (ISIS). Both claims contain some validity. The most common opinion states that ISIS is funded by the Gulf countries, mainly Saudi Arabia and Qatar. However, it has also been claimed that the Syrian regime is the main supporter of the organization. In congruence with the latter theory, ISIS has only attacked areas controlled by the opposition and the regions that are currently under ISIS control have all been taken from the opposition. Additionally, the regime has never performed air strikes on ISIS held areas. The fact that Al Qaida forces in Syria were coordinated by Syrian intelligence is another piece of information supporting this claim. Syrian intelligence supported Al Qaida and ex-Baathists against the US after the invasion in Iraq. There are several high level army officers and intelligence members from the Saddam era among the IS leadership, which further supports such claims.

The reality is most probably found in between these two claims. It is hard to say that either of them are completely true, but both have some valid arguements. It is very well known that the Gulf’s economic capital is flowing to Salafi militant groups in the Middle East including Afghanistan and Pakistan. Gulf sponsored support flows by/through foundations and/or clergymen. It is not surprising that some funds are flowing to IS. Gulf countries truly are supporting Salafi groups like Ahrar al Sham or the Army of Islam in Syria, with whom they are directly linked. Even the latest progrees of ISIS in Iraq is perceived as a threat by some Gulf countries. The majority of the fighters among ISIS come from the Gulf. The Gulf countries is concerned with those fighters returning to their countries, possibly causing instability. Saudi Arabia included ISIS on its terror list at the beginning of this year. Despite the fact that some Gulf funds have supported ISIS, it can not be said that the Gulf is totally behind the organization. Even Muhammed Haif, a Kuwaiti donor, blamed ISIS for “burning all gains of Syria jihad” at the beginning of this year. The relationship between the Gulf and ISIS thus remains unclear.

The following evaluation can be made regarding the second claim, which states that the Syrian regime is the main supporter of ISIS. Even though the regime is not the founder or director of the organization, the existence of ISIS is beneficial to the regime. In some instances, the regime might be indirectly supporting ISIS by paving their way. The best expression reflecting this approach is offered by Bashar al Caferi, Syria’s UN Representative,  in an interview. In response to their position about the fighting between ISIS and Syrian opposition, he said “of course it serves our purposes if two opposition groups are fighting each other”. Rather than benefiting from the fighting, the Assad regime made an effort to establish this situation on the ground. In this context, the regime took a clear stance by highlighting the strict Sunni Islamic identiy of the Syrian uprising. Zahran Allus, the leader of the Army of  Islam that is supported by Saudi Arabia, was released from Syrian detainment in 2011 after the start of the uprising. In an interview with Allus he mentions that the only reason that regime released the Islamists from jail may be to radicalize and strengten the Islamic character of the Syrian opposition. There is no clear evidence of a direct link between the regime and ISIS but it can be said that the regime intentionally enabled the rise of ISIS based on their stance. The regime is playing on the contradictions between the two conflicting ideas.

We can only cite some claims about the state sponsorship of IS. However, there is one very well known fact about IS: The organization has reached a point that it can easily fund itself and has the capacity to pursue the war without external support. It is controlling some border gates between Syria-Turkey, Syria-Iraq, and Iraq-Jordan. The majority of the oil fields in the Syrian governorates of Raqqa and Deir ez Zor are under IS control. It gained many “spoils of war” with its advancement in Iraq. It controls multiple water resources and dams in both Syria and Iraq. Two hydroelectric power stations on the Syrian side of Eupharates river and the majority of the dams on the Iraqi side of Tigris river are under IS control. IS got a lot of heavy weapons, tanks, and firepower from its clashes with the Syrian opposition. Some regional leaders and fighters of groups like the al Nusra Front and the Islamic Front are conforming and joining IS with fighters and firepower. IS, with its increasing popularity, has become a center of attraction for all militant Islamists around the world, so it has no diffuculty in recruiting fighters. Besides its ideological appeal, it could also easily attract other Syrian opposition groups and fighters due to its greater supply of resources. It also established a permanent rule on some regions specifically the Raqqa governorate in Syria and acts like a state in those regions, even collecting taxes from the communities.

Although IS is an Iraqi based organization it has gained popularity in Syria. IS, which comes from Iraqi al Qaida and Islamic State of Iraq, lost ground in Iraq in recent years. But the Syrian civil war paved the way for the organization to find a new arena for its war. The success of ISIS in Syria prepared the way for its advancement in Iraq. Unlike Al Qaida, IS is not focusing on performing terrorist attacks on specific targets. It aims to establish a permanent rule over a region and create an Islamic state. It connected the regions that are under IS control in Syria and Iraq. It has unofficially removed parts of the border between Syria and Iraq. The strong position of the IS in Iraq and Syria helps them support each other. As the advanc of ISIS in Syria paved the way for its successes in Iraq, we could expect that the strong position of IS after Mousul will strengten IS in Syria.