Why ISIS can’t be Stopped? 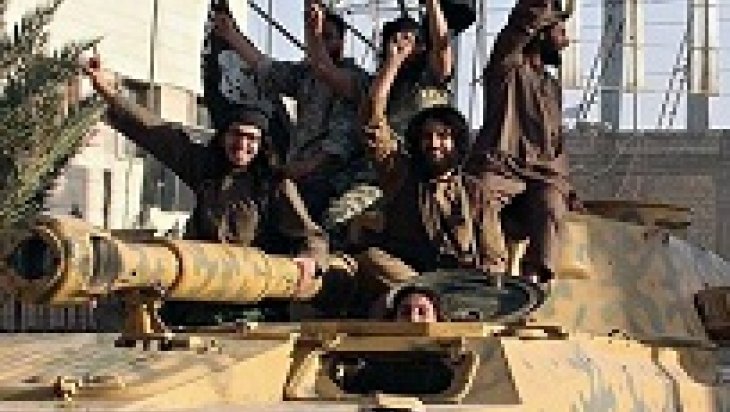 Islamic State of Iraq and Sham (ISIS) was forced to withdraw from several locations in Iraq and Syria until recent months. With the help of the coalition forces, ISIS was driven out of central Kobani and then Kurds began to make gains in the rural parts of the town. In Iraq, national army and Iran supported-Shia militia made a strategic achievement and retook Tikrit. All these incidents have strengthened the idea that US led-coalition powers’ aerial support and local forces’ ground operations might bring success in the fight against ISIS. However, within the last weeks, incidents are taking place in the opposite direction. ISIS made significant gains both in Iraq and Syria in a short time. It took over antique city Palmira in Syria and the center of Anbar province Ramadi, which is 110 km away from the capital Baghdad, in Iraq. In addition, by taking control of the al Waleed border gate between Syria and Iraq, ISIS now has the control of the two of three border gates between two countries. Besides, ISIS started to move towards the opposition territories in rural Aleppo, seeking to fill the gap caused by the opposition fighters’ advances toward Aleppo center. After the fighting, the ISIS advanced as far as Azaz, which is situated across the border from Kilis.

The coalition powers’ and local forces’ struggle against ISIS is only preventing the insurgency from taking over strategic locations rather than eliminating the threat. It seems that ISIS leadership thinks that staying at the locations that coalition powers’ strikes are focusing causes loss of men and sources, thus it chooses to withdraw from these locations tactically. Likewise, although ISIS is retreating from some locations, it is either controlling new locations or retaking the ones that it had lost before. This situation makes the strategy against ISIS questionable. On the other side of the spectrum, the real issue is how ISIS can resist and even advance against an international, regional, and local wide coalition.

Among the factors that make ISIS “successful”, local communities’ support in regions populated by Sunni Arabs is the most significant one. This situation helps the organization to get support from inside to take over locations and then to settle down and rule easily after overrunning. Without considering the local support, it is impossible to explain defeating a regular army of thousands by a militia of a couple of thousand and capturing a big province like Mosul in such a short time. Similarly, understanding the control from Aleppo in Syria until Iranian border in Iraq would be difficult without considering this fact.

Local support in Iraq and Syria’s Sunni Arab regions to ISIS can be explained by several factors. First of all, ISIS is promising order, security, and stability in the locations where chaos has become a part of daily life. It is able to set a law order, though not that of high quality, and implement it. Secondly, Sunnis feel that they are excluded from power and ISIS is presenting an authority that these people can see as “from their own”. ISIS’s legitimacy may be questioned in Syria but it is for sure that the regime has become illegitimate. Also in Iraq, although the perception of the insurgency among locals is questionable; its alternatives, the government and Shia militia, are not welcomed at all. In this sense, ISIS’s rivals’ illegitimacy is increasing its legitimacy. Another reason is that in Iraq and Syria (Lebanon can be added as well) Sunni Arabs don’t have a leader that can lead them, a political movement that can talk in their name, and most importantly an armed power that can provide security. In Iraq previous to ISIS, army forces in Sunni Arab regions were reacted strongly and even considered as “occupants” by locals. After the fall of the Bath regime, political leaders and movements that came to existence from Sunni Arabs were mainly local. In Syria, the regime, army, and intelligence were institutions that were oppressing people.

In an environment that ethnic and religious polarization turned conflictual, people needed an armed power’s presence for their safety. This need among Sunni Arabs increased orientation towards ISIS as a protector. Therefore, one can say that ISIS is the one that makes use of most from the sectarian polarization in the region. ISIS is building its legitimacy on the ground that its target population’s nationalist feelings are incited and radicalized. Beheadings serve the purpose of, among many other goals, radicalization through igniting safety concerns of the “enemy people” and thus rallying its own supporters around itself.

The lack of a leader, political movement, and armed power among Sunni Arabs makes ISIS the only alternative. Although there are many Arab tribes that want to challenge ISIS’s authority, they remain local and cannot get strong enough to balance against the organization. On the contrary, ISIS’s strong leadership, decision mechanism, and hierarchical structure put it in an advantageous position against other powers.

Other than the local support, another factor that makes ISIS advances possible is insurgency’s military success. This can be explained with several factors. First of all, its fighters are dedicated to an ideal. This dedication makes an army that fights to die. Psychological factors are also important. Beheadings serve for this psychological impact. The organization takes over many locations easily without a fight with the help of the fear that spreads from these prosecutions. Although this fear threshold is not passed, it is partly alleviated with the existence of the Shia militia in several locations.

Another reason for ISIS’s strength is the former Baathists, who have experience in Iraq’s army and intelligence units, in the decision making mechanisms of the organization. These people are highly experienced in terms of military knowledge, tactics, strategy and territory. In addition, organization is settling on the traditions of both Al Qaeda and Taliban. The organization is applying military tactics and strategies that were improved by these two structures. In places where it is weak or in the process of a strategic attack it conducts Al Qaeda style suicide attacks. Aside from this, it applies Taliban’s tactic for overrunning settlements; it sieges and weakens the settlement’s defense first, and then takes the control with fast and mobilized weaponry. One can also say that ISIS’s territorial control in Syria and Iraq as a transnational organization gives it a strategic depth. Thanks to this situation, organization is able to mobilize and transfer its sources from one region to another for any attack that it conducts and withdraw from one country to another when it’s pushed. The border gates’ significance becomes obvious within this sense.

ISIS addresses to an outnumbering and qualified base in terms of human resources. The organization has turned into a center of attraction for all jihadist militants in the world and Muslims who feel that they are marginalized because of their Muslim identity and could not establish a sense belonging with their societies and states. The recruits from the later group are generally from educated people rather than low income and uneducated. It is also possible to say that ISIS has become the leading one among the “jihadist” groups in the world. Controlling a significant territory, declaring “the Caliphate”, and practicing this increase the foreign recruitment of the organization. Furthermore, getting attacked by the West, “the main enemy” for the potential recruits, increases its legitimacy and popularity. In this context, it is possible to state that while the aerial attacks against the insurgency is weakening its military capacity it is also strengthening its rhetoric and legitimacy at the same time.

The success of the fight against ISIS can only happen through understanding the main reasons behind its existence and advance. Above mentioned reasons tried to give an answer to this question and different factors surely can be added to those. From above mentioned findings, several suggestions can be made for success in the fight against ISIS. It seems quite unlikely that without presenting an alternative that can make Sunni Arabs in Iraq and Syria feel from their own, which can present and protect them, with international legitimacy, it does not seem possible to eliminate ISIS. In Syria, the only possible alternative is the opposition forces that are making progress lately. In this context, the main problem is the presence of Al Nusra front among these forces, which is listed as a terrorist organization by many countries including Turkey. Also, the forces under equip-train plan are unlikely to have success in the middle run, and their long run success is not guaranteed either. The situation in Iraq is even more complex. Sunni Arab tribes that are highly disturbed by ISIS governing do not feel comfortable in trusting either the central government or Western support. ISIS gives a message to Arab tribes with mass killing of several tribes’ members. For this reason, Iraqi Sunnis are in a huge dilemma.

The only way to progress against ISIS is to form forces from local elements. Therefore, a real alternative among Sunni Arabs against ISIS should come to existence. From the military perspective, apart from the aerial operations that keep ISIS at bay, ground operations might be needed in some locations. Lastly, ISIS is not just a terrorist organization. Military solutions can limit organization’s warfare strength; however, a comprehensive strategy, which can overwhelm organization’s rhetorical strength and prevent it to continue to be an attraction center for different fractions, should be followed.

The original of this article was published in Yeni Şafak newspaper.