Will Tunisia's Ennahda Tackle Political Obstacles Inside and Out? 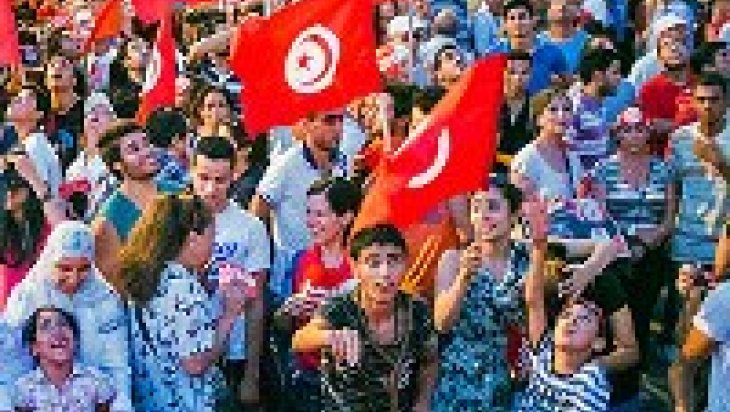 Tunisia's political crisis deepened after the assassination of one of the leading opposition figures.

Shortly after Mohamed Brahmi was killed by suspected Islamist militants, the parliament was suspended on Aug. 6 in order to create time for oppositional and ruling parties to negotiate a way out of the political deadlock. But after more than a month, the sides have failed to reach a compromise despite several negotiation initiatives that included not only the political parties but also significant civil society organizations such as the Tunisian General Labor Union (UGTT). Still, the opposition demands the immediate resignation of the government and the formation of a non-partisan administration while the ruling coalition, by reforming the cabinet and agenda, is attempting to end the political crisis with the opposition. This week, the Tunisian parliament has started sessions, though a large number of opposition MPs are boycotting its aims to finalize a constitution draft and draw up a timetable for upcoming elections.

How the troika government and the oppositional parties -- mainly the National Salvation Front --will tackle this political crisis is at the heart of the country's future. Furthermore, it is obvious that these political crises will affect Ennahda and its future, which has been much debated after the coup in Egypt. For the last three years, despite rumors of internal debate within the Ennahda, the party has successfully maintained its unity and its stance about democratization. Here, the main concerns focus on if the party can sustain its position as a united front in the upcoming days. So it is important to understand the divisions and groups within the party. Mainly, it is possible to sub-categorize the groups in the party as "softliners" and "hardliners" and also as new and old generations.

Conflicting camps among the softliners

The softliners consist of an older and less confrontational generation of members. These members were mainly exiled and experienced imprisonment during the era of President Zine al-Abidine Ben Ali. Till now, softliners were the dominant group and held the party leadership. But it is obvious that softliners are also suffering from conflicting camps and internal debates that have emerged from key issues, such as the relation between state and religion, the role of women, the future of the members of the former regime and so on. As mentioned before, the leading figures of the leadership consist of those who were exiled as well as leaders who stayed in the country but were imprisoned. These two different experiences constitute different camps within the party. The two groups remain connected with each other and share an ideological and theoretical base, but they are separated by practices in politics -- especially after the revolution. The two main preoccupations after 2011 crystallized the differences among these two groups: the revision of the organizational structure of the party and the re-elaboration of the ideological tenets to compete in the newly plural system of the party within the framework of Islamism.

The leadership in exile, under Rachid Ghannouchi, acted as an intellectual hub and a lobbying group from the 1990s on, after the heavy crush of the former regime of the Islamists in the country. Their international network is plenty diverse and widespread. However, their transformation presents a significant difference from the internal elements of the party. This group constitutes a more radical approach, especially on the issue of cooperating with elements of the former regime, and it avoids clarifying what the "Islamic project" -- cited often in Ennahda rhetoric -- is to prevent splits in the party. It pushes for a wider political ban on the members of the former ruling party, the Democratic Constitutional Rally (RCD), which was also criticized by the opposition as a witch-hunt in the country.

The Salafis create trouble for the Ennahda Party

The issue of the future of the former regime's elements gains more importance while the country counts down for fresh elections. Regarding the issue of clarifying the Islamic project of the Ennahda Party, the leadership in exile, to this day, evades discussion on the issue because of the potential danger of splits in the party. Fears of splits are accelerated by the proactive policies of Salafi groups in the country. They have political parties like Jabhat al-Islah (The Reform Front) and Hizb ut-Tahrir (Party of Freedom), social movements like Ansar al-Sharia (Supporters of Sharia) and violent groups that self-identify as Salafists. The Salafi groups and parties, despite their small size and limited social base, create a lot of trouble for the Ennahda Party due to their radical demands. Ghannouchi has paid great attention and time to integrating these groups into the legal political framework in order to prevent them from being radicalized. However, Ghannouchi's attempts also drew critics both from some segments of the party and entire oppositional groups.

The other camp consisted of the "leadership of the interior," or those who did not leave the country in the 1990s and stayed in prison for years. They then established networks of support for the liberated prisoners and their families. Thus, since the 1990s, they have became very active in the social sphere because of their operation of social activities for the people and their families being pressured by the regime. These activities of support were done in cooperation with associations such as the League of Human Rights, the International Association for Support to Political Prisoners (AISPP) and the Organization for Liberty and Equity and helped them to gain internal partners from central and left politics. Moreover, this cooperation with human rights organizations expanded on a common vision for basic freedoms and democracy with leftist and secular groups in Tunisia. Another vital outcome of this cooperation was the pragmatic approach that was accepted by the leadership of the interior, especially on the issue of clarifying the Islamic project. Their political stance suggests the “democratic praxis of power rather than the Ikhwani (Brotherhood) application of Islamic political mythology.” For instance, Ajmi Lourimi states the leadership of the interior's position as follows:

“We have already agreed that our identity is Arab and Islamist and there is an agreement on the implementation of the first article of the 1959 Constitution, which says that Tunisia is an independent and sovereign state, Islam is its religion, Arabic is its language and its regime is republican. There is also an agreement on the respect of individual liberties. Hence, a girl shall be able to wear or not wear the veil. We suffered from the ban of the veil by force, so we should not impose it by force either. … We agreed on peaceful alternation of power and to let ballot boxes decide [who would govern]. These are principles that can serve as a framework for coexistence."

This camp, led by Abdelfattah Mourou, Lourimi, Jebali and Larayedh, argues that there is a need for the separation between the party and movement, the politics and proselytizing, as well as removing the political ban on the former RCD member -- which is significantly different from Ghannouchi's approach.

Similarly, the debate on the Islamic project and the relation between state/politics and religion had shaped the party's lower wing, the hardliners' position. Hardliners consist of a young and more conservative generation that has put pressure on the party leadership to move closer to the Salafist parties and that have a more radical approach on the implementation of Sharia Law. Especially on the issue of women, the division became more visible during the constitution writing process. Their size is still in question; the opposition exaggerates the amount of hardliners who are in the Ennahda Party while many in the party chose to ignore them.

Despite the fact that hardliners have the potential to gravitate to a more radical spectrum of Salafists' stance in Tunisian politics, the leadership of the party has been able to sustain the unity of the party even though there are practical and ideological divisions till now. At the moment, Ghannouchi and his camp in the party sustain the balance between the liberal wing, which is led by the leadership of the interior, and the radical wing, which consists of the young, conservative generation. The unity of the party is important, not only for the Ennahda's own future but for the country's ongoing transition process.