Yemen: Towards a Comprehensive and Lasting Peace 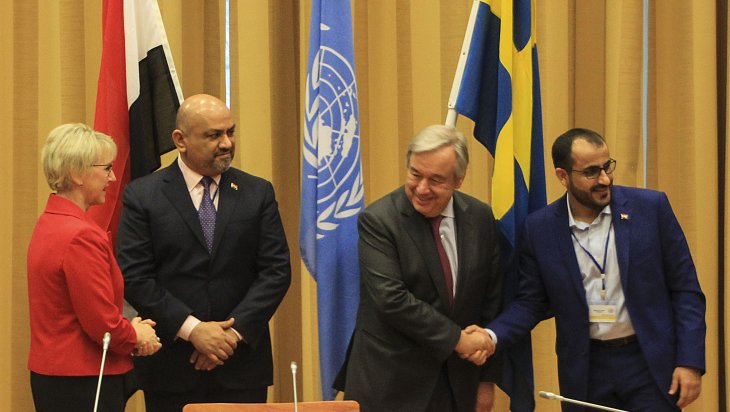 Six years of war in Yemen have surely exhausted all local warring parties and their regional and international supporters and more clearly the Yemeni people themselves. The war did not achieve any of its proclaimed goals, instead, it has completely destroyed the state, divided the society and distorted its identity.

The scale of disaster in Yemen is huge. Cholera, hunger, devastation, sectarianism, intolerance, regionalism and other social diseases have taken over the whole country. The armed conflict in Yemen has killed and injured tens of thousands of Yemeni civilians since it began. Millions have been displaced and pushed to the brink of starvation while the rest is still suffering from shortages of food and medical care. The state has lost its sovereignty and is gradually losing more of its local and international legitimacy.

Although there are indications on the ground that could suggest otherwise, today, more than ever, there is still a real opportunity to bring peace to Yemen.  Undoubtedly the need for an original Yemeni peace initiative to discuss the fate of the country is urgent. Instead of creating more conflicting issues, Yemenis should start finding a common ground to build a just, comprehensive and lasting peace in Yemen.

Regional actors’ destructive influence
Although the war began over local grievances around governance and resource-sharing, regional actors have exploited the conflict in their own competition for influence. Saudi Arabia is primarily concerned with dislodging the Houthis and reducing Iranian influence, while the UAE wants to prevent the influence of Muslim Brotherhood-affiliated parties and expand their commercial empire and military presence along the Red Sea coast. Therefore, the regional intervention sets the main obstacle to a lasting settlement in Yemen, and overcoming this obstacle depends totally on the decisions of the local Yemeni actors to liberate themselves from any external agendas and to start coming together to make their own domestic plan to end the war and save their country before it is too late.

Evidences such as ‘The Gulf Initiative’ and the ‘Riyadh Agreement’ prove that the countries in the region  are trying to play a critical role in ensuring that the war ends in their favor or continues in a way that guarantees that they stay in the game. Therefore, any local peace initiative should limit the influence of current regional actors but, at the same time, should look for other regional and international supporters that will make their initiative more durable and play a critical role in ensuring that the Yemeni civil war ends forever.

UN’s failed approach
In addition to the fragile local cease-fires and peace negotiations that took place during the recent six years under the UN’s umbrella, the international community is still unable to find a way to implement its decisions in Yemen and end the war.

In September 2014, the UN (led by its Special Envoy Jamal Ben Omar) managed to reach an agreement named ‘Peace and National Partnership Agreement’ between Hadi and the Houthis, but that agreement was never implemented. In April 2015, the UN appointed Ismail Ould Cheikh Ahmed to replace Ben Omar. Ahmed’s term saw the conclusion of five short-lived ceasefires and prisoner exchanges. Four separate rounds of talks in 2015–2016 did not produce any tangible results. After the final set of talks in Kuwait in August 2016, the Houthis refused to engage in any subsequent mediation efforts for two years.

Likewise, the Stockholm Agreement, which was signed on 13 December 2018 between the main parties of the conflict in Yemen, is considered to be the biggest mediation attempt that the UN could make in the Yemen crisis. The purpose of the agreement was to avoid a military offensive on Hodeida and to alleviate the humanitarian suffering of the Yemeni people. However, The Stockholm Agreement achieved far less than what the UN reported and what many local and international observers had anticipated. More than 95 percent of listed prisoners remain in detention, the situation in Hodeida has demonstrated how little the UN can achieve, and Taiz remains caught in the middle.

Surely, the slow and modest successes of the Stockholm agreement are not bringing us closer to achieving sustainable peace for all Yemenis. And the UN’s two-party mediation framework can no longer provide a faithful pathway to peace given the country’s political and military fragmentation. The UN-made dilemma will likely be a prolonged process unless the local parties decide to act differently. Yemen cannot wait anymore, it is time to move towards starting new political process to reach a sustainable peace in all Yemen.

New approach for comprehensive and lasting peace
Fighting in Yemen has resulted in the formation of different groups with different political and military control: the Houthis in the north; the government-aligned areas in Marib, al-Jawf, northern Hadramawt, al-Mahra, Shebwa, Abyan and Taiz city; the separatist Southern Transition Council in Aden and its surroundings; and the Joint Resistance Forces in districts along the Red Sea coast. In addition, loyal groups to the legitimate government are functioning independently which makes settlement in the country become more complicated.

Establishing peace in Yemen must be comprehensive. It is not rational to have a ceasefire agreement in Hodeida but continue the fighting in Marib, and it is definitely not acceptable to liberate Aden from Houthis but keep Taiz under the siege. A strong Yemeni state, in which everyone enjoys justice and shares power and wealth, is indeed the only guarantor of achieving a lasting peace in Yemen.

A successful political process will require a few things. First, the warring parties will need to be persuaded that it is in their own interest to abandon maximalist demands and start rethinking a new approach to gain achievable benefits. An absolute military victory for any party is highly unlikely. Therefore, the Houthis should accept that a UN-brokered deal will not simply transfer authority to them and convert territorial realities into international recognition of their rule. In turn, the government should accept that its demands for a return to power in Sanaa through an effective Houthi surrender are entirely unrealistic.

Secondly, Yemen’s political and territorial fragmentation demands a rethinking of the negotiation framework and the substance of an achievable agreement. There is growing international and Yemeni consensus that the two-party settlement the UN has attempted to broker over the course of the war is unlikely to turn into a lasting peace. I think that the UN must open talks up to include more actors. Tribal groups, local authorities and a range of political parties, women’s and youth groups and other civil organizations have been left out of any negotiation process since 2016 and including them in any upcoming talks may bear desirable results in sustaining a lasting peace agreement.

Furthermore, bringing together all different anti-Houthi groups under one umbrella, the legitimate government, is an essential step towards achieving peace. These separately fighting groups should realize that when spiders unite, they can tie down a lion. Overcoming the disputes between anti-Houthi groups and forming a solid front would enforce regional and international bodies to reconsider new approaches to ending the war in Yemen. Saudis have been unable to pull this approach off. Therefore, in order to ensure a durable peace, it would be more preferable for a local actor, not external ones, to apply this approach.

For a lasting peace deal to succeed in Yemen there must be an external political and financial support. Local actors who are leading the peace initiative should work closely with regional and international actors to end the war in a more durable way. Local actors should establish an international contact group that would support their initiative and take a more proactive approach with a clear and defined agenda that will maximize chances of a successful peace process. Financial support is another essential factor to the success of the peace initiative. Regional and international actors will definitely play a vital role in this part as they fund humanitarian and development aids. However, the local government should be able to re-stablish its financial institutions to cover its operating costs. The central bank, international trade and oil trade should be re-opened to business.

Any potential approach does not mean starting again from scratch. Any local peace initiative should keep under consideration that the vast majority of Yemenis support the establishment of a federal state, where the country’s unity, security and stability is not compromised. This local peace initiative is the only way out of this crisis, an initiative that will limit the external interference and save the country from falling apart. What is certain today is that the doors of dialogue and negotiations must remain open so that the hope for establishing a comprehensive and lasting peace remains at hand. 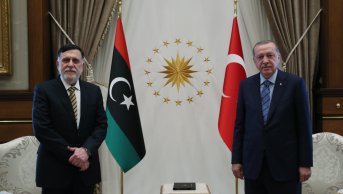 What is the Use of Military Interventions in the MENA Region? 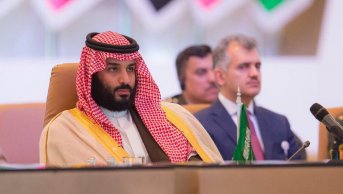 Mohammed Alragawi | 06.04.2020
The first three months of 2020 has witnessed multiple military escalations that pose a threat to the lives of millions and to the efforts towards a...

Navvar Saban | 30.11.2020
Recently, north western Syria witnessed many changes in the positions of control and influence, and these changes were usually linked to changes in...