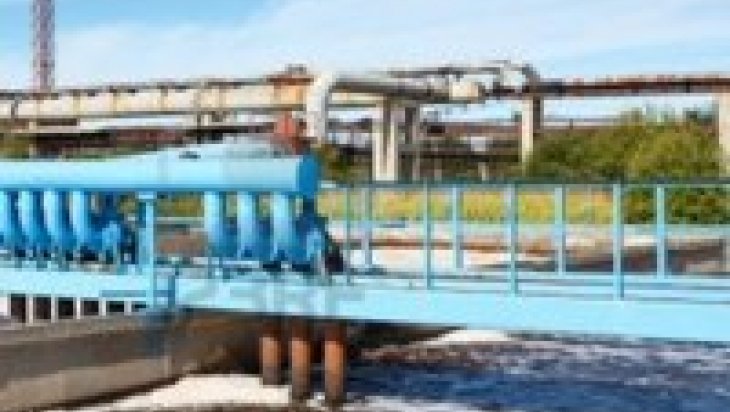 On July 24, Abdel Fettah el-Sisi, Commander-in-Chief of the Egyptian Armed Forces as well as Minister of Defence, urged Egyptians to take to the streets on Friday July 26 against “violence” and “terrorism”. Demanding street support for “fight against terrorism” which is legally duty of the army indicates that Egyptian army prepares something beyond the fight against terrorism. Three weeks ago, the crowds in Tahrir were the base for the coup. Similarly it is obvious that Egyptian army plans to start a harsh operation against Muslim Brotherhood and its political party, Freedom and Justice Party (FJP) by taking the support of the streets. On the other hand, the Muslim Brotherhood responded by calling for a stand against the coup.

The tension in Egypt has not eased during the past 3-week period which started on July 3, when the coup took place; but has increasingly continued. The fact that many members and senior officials from the Muslim Brotherhood and Freedom and Justice Party (FJP) have been arrested and their financial assets have been frozen in the post – June 3 period did not stop the anti-coup demonstrations which call for the release of Morsi and putting him back in office. While the Freedom and Justice Party (FJP) has not reached a compromise on the road map imposed by the army, it persisted in refusing to join the negotiations as well. Despite the widespread view that the Muslim Brotherhood has been trying to strengthen its hand before starting the negotiations by carrying on the demonstrations ceaselessly for three weeks, it seems that this view will remain to be an hypothesis until the beginning of negotiations.  However it should be noted such a strategy is risky one.

Above all, both Parties interpret the choice of compromise as “weakness” under current circumstances, and endeavors to make the other party step back. Thus, it is understood that all parties in Egypt have regarded the current crisis as a “zero-sum” game which is also affected by the current political crisis and environment of instability for the last three weeks. Also the developments that have taken place within the past week have affirmed these arguments. On July 24, the statement of Abdel Fettah el-Sisi, Commander-in-Chief of the Egyptian Armed Forces and Minister of Defence, saying that “nobody should expect us to withdraw” is important since it clearly shows the Egyptian army's stance.

The passing time for both actors increases the cost of withdrawal, and nourishes the understanding of zero-sum struggle that prevents solving the political crisis. Dissolution of the parliament, ousting of President, and that many members of Muslim Brotherhood and Freedom and Justice Party led to elimination of institutional channels that could be used for compromise. After the Egyptian army envisaged that those implementations would weaken the Muslim Brotherhood and be enough to include them in the negotiations came to nothing, we clearly see the signs that it will turn towards more comprehensive and harsher implementations.

Especially for the last week, the actions that have been going on in written and visual media for the last three weeks have been given with visuals and emphasis on arms and conflict. Muslim Brotherhood's forming troops to maintain security in protest squares, news and images of protesters carrying arms, and the conflicts among civilians have been predominantly seen in the media. Therefore, it wouldn't be wrong to suggest that the media has been psychologically trying to create the perception of terror. It is an undeniable fact that the streets of Egypt have been witnessing acts of violence for three weeks, but while accusing the Muslim Brotherhood and Freedom and Justice Party of being a terrorist organization is not a proportional reaction, it does not seem likely that it will serve anything beyond further deepening the current crisis.

What are the odds of the press achieving its goal in Egypt? It seems hard to give a certain response to this question for now. However, in general, it might be asserted that it has been successful to create “terror, suspicion and hatred” in the country. For instance, the Egyptian media has made broadcasts accusing the Syrian refugees in Egypt in the recent weeks. In those broadcasts with Syrian refugees supporting the anti-coup actions in them, it seems that the “spy and foreign power” accusations have frequently been emphasized. In parallel with this situation, many attacks have been carried out against Syrian refugees across the country.

A similar situation also applies to Palestinians and to Hamas in particular. The song of a Palestinian singer, supporting Morsi, also endorses the discourse of “foreign powers and spies”. The fact that Morsi is charged for sharing the official secrets with Hamas is the most obvious example in terms of the “terror” perception.

In the Middle East, such kind of strategies which based on foreign plots had been used in the past, and has been used today to suppress the opposition successfully by the authoritarian regimes. In generally, the rhetoric of foreign agencies- plots and terrorism sustain the support of the indecisive masses- at least sustain a further opposition to the repression, as well as the rhetoric of “solidarity successfully prevents the opposition and further demands. So far, Egyptian army aims to keep the current road map continue. After all, the Egyptian army has been preparing to take radical steps to be the winner in the current crisis which it considers a zero-sum game. It is observed that the army has been carrying out an intense PR project for acceptance of those practices. The scale of the demonstrations which are planned to be carried out today will define the scope of the practices to be aggravated by the army against the Muslim Brotherhood. Even though the April 6 Movement has criticized the statement of el-Sisi, it remains to be seen what will be the outcome of current PR projects. However, what is for sure is that the instability has been increasingly deepening in the country.

* This article was written in Turkish on 26 July, hours before the bloody operation of Egyptian Army.