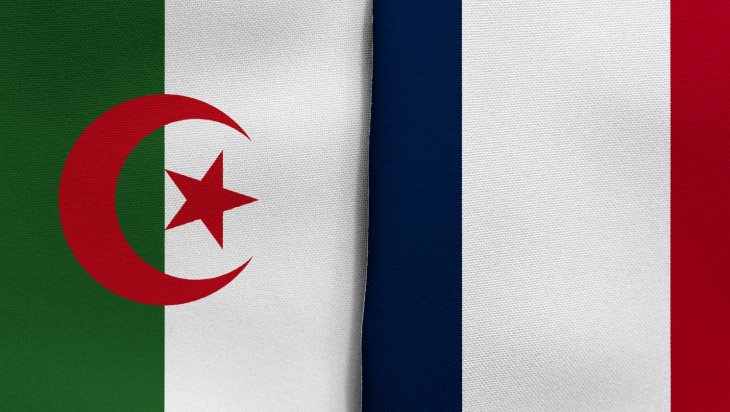 Last week President Macron phoned his Algerian counterpart President Tebboune. Officially the relations between the two countries are timid. The purpose and result of the phone call was to end these unusual relations. Algeria-France’s relations had been frozen at the time of the late Chief of Staff, Defense Vice-Minister, General Ahmed Gaïd Salah, who had sent ex-president Abdelaziz Bouteflika into retirement, before his sudden death on December 23, 2019.

President Macron evoked solidarity and cooperation, which would enhance ties between Paris and Algiers, and they conveyed their unity to fight the Covid-19 pandemic, to follow the ongoing turmoil in the Sahel and Libya, and to reiterate the two countries’ willingness to work together for stability and protection of the region, according to president Macron.

The Sahel boundaries includes many countries (Mauritania, Mali, Niger, and Chad) that have been suffering from terrorist attacks since 2011, the year of the collapse of the Al-Qadafi regime in Libya. Consequently, collateral damage occurred in neighboring countries, destabilizing Mali, and its tumultuous north, which is under the control of armed separatist and radical Islamist orientated groups. These groups are the National Movement for the Liberation of Azawad (MNLA), the Ansar Eddine movement of Iyade Agha Ghali, the Oneness and Jihad movement in West Africa (MUJAO), led by the Mauritanian Mohamed Kheirou and the Al-Qaeda in the Islamic Maghreb (AQMI) group, led by Abdelmalek Droukdal, who was assassinated last week by the French intelligence service.

Yet the Algerian intelligence service, in close cooperation with the CIA, played a major role in the elimination of the terrorist organization leader. They knew he was the one, who attacked the Algerian gas plants in Aïn Amenas in 2013, in the southern province (Wilaya) of Illizi. In 2013, Operation Berkhane led by the French army and the G5 Sahel forces, redefined the power balance and contained the reorganization of the terrorist groups in the region. The offensive operations of the French army and the G5 weakened the armed groups, which also subdivided them along ideological and ethnic lines. It is in this context that the MUJAO is allied with the "Al-Mourabitoun". On the ground, the armed groups extended their operations to Burkina Faso, Nigeria, and Cameroon, prompting West African countries to wide-ranging cooperation to fight terrorism.

The Algerian Commitment
At the Berlin conference Algeria committed itself to contributing to the pacification of northern Mali and to cooperating in Libya, which it considers to be strategic because of its national security dimension. It has just provided the Malian army with 53 vehicles for logistics, combat, transmission, and troop transport. The Algerian army knows the terrain well, having twice contained the separatist crises in Mali. It imposed the Tamanrasset Accord on June 6, 1991 as well as the Algiers Accord in 2015 with the coordination of the Azawad movements.

The experience initiated by the Algerian army of the CEMOC (Joint Operational Staff Committee) installed in Tamanrasset in April 21, 2010, brought together the Malian, Niger and Mauritanian armies. The French Serval intervention put an end to CEMOC's efforts in the Sahel in February 2013. The late General Ahmed Gaïd Salah felt that the sovereignty of the country was violated. Then Algerian Vice-Minister of Defense, General Ahmed Gaïd Salah, was not ready to make concessions with the former colonial power.

The French-Algerian Axis
France wants to approach Algeria for a diplomatic political settlement in northern Mali. Freshly elected Algerian President Abdelmadjid Tebboune had to take the Berlin conference opportunity last winter and wear his presidential suit to let Algeria recover its role and prestige on the international stage. Algeria’s diplomacy was in neutral mode for years, following the minor stroke of ex-president Abdelaziz Bouteflika.

For France, the presence of armed groups on the Soum-Macina-Liptako axis (on the borders of Mali, Niger and Burkina Faso) is a geo-strategic threat that is to be taken seriously by the French Intelligence services. In the southern Fulani, terrorist armed groups have the capacity to extend their armed attacks in Benin, Togo, Ghana, Côte d'Ivoire, and even are linked with Boko Haram in the north of Nigeria in Borno State.

The Boko Haram organization’s leader, Aboubakar Shikaru, has been in the headlines for the last 10 years. Several ethnic groups of the Kanuri tribe remain loyal to the radical Salafist armed group and adhere to its dreadful ideological alliances. The Fulani people as an ethnic group are taking this alliance as an unexpected opportunity through their presence in northern Nigeria and throughout West Africa. The Fulani people have played an important role in the spread of Islam in Africa because of the erudition of their preachers and their spoken language is used in more than 20 West African countries.

For Algeria, the solution, in Mali as is in Libya, can only come from the locals within a national dialogue that Algiers has been calling for since last March. The latest developments in Libya have pushed Algeria further to organize a national conference in Algiers this summer. The existence of an Algerian terrorist group Islamist leader, Abdelmalek Droukdal, in the Malian crisis was bothering Algiers. It is clear and provides a better understanding why Algiers helped the French Intelligence services to eliminate the terrorist group leader last week. The Islamic State Organization’s presence in Algeria’s southern borders is perceived as an imminent threat.

Security Imperative
The attacks in Tamanrasset on March 3, 2012 against the gendarmerie brigade, the kidnapping of Algerian diplomats in Bamako, Mali in April 2012 by the (MUJAO), and the Islamic State Organization elements of November 18, 2019 against the Algerian military forces claimed by the same terrorist organizations, have obliged the Algerian national army  to secure the region. From now on and soon, joint operations with the Malian army, with Algerian military equipment, would be possible.

Algerian special forces are already operating with some discretion in the north of Mali in cooperation with the Malian and French armies. As in the past, the Algerian Intelligence services will need local Islamist allies to contain the supranational terrorist groups, weaving a web with the Touareg tribe i.e., Iforas Iyad Agha Ghali, former leader of the Ansar Eddine movement.

But they are apprehensive about the actions of his ally Ahmadou Koufa, the leader of Katiba Macina or Macina Liberation Movement, a militant Islamist group which operates in Mali. It is affiliated to the Ansar Eddine movement. The two Islamist leaders are allied ethnically and ideologically and are teaming up is in the negotiations process with the Malian State locally. The two organizations continue to fight together under the banner of Al-Qaeda in the Islamic Maghreb against Islamic State Organization and its heterogeneous groups called "Islamic State in the Grand Sahara".

Monday’s incident of an attempted military attack occurred in the town of Tinzaouatine on Mali’s borders. This town is more than 2,000 km from Algiers and more than 500 km south-west of the province's main provincial city (Wilaya) of Tamanrasset. Violent incidents happened between youth groups and Algerian National Guards. These clashes left one dead and three injured, according to a statement released by the Algerian National Defense Ministry. This incident is another national security concern for Algeria and will enhance the argument in the ongoing debate in Algeria for Article 30 in the new drafted constitution. Algeria might, within the framework of the United Nations, the African Union and the Arab League States, participate in peacekeeping operations.

In addition, the president can decide to send troops abroad after a two-thirds majority vote in the two chambers of the Algerian parliament.

There is undeniable cooperation between France and Algeria in the Sahel. Thus, Algeria has a strategy to resolve the crises in Mali and Libya and to connect this with political stability in Libya because Algiers sees a stabilized Sahel starting with a stabilized Libya. Whereas, France is trying to trap Algiers with its incoherent security policy in the Sahel and in Libya, trying to pull out Algiers from its warm rapprochement with Ankara, and its long-term strategic relation with Moscow. Paris’ surreal Libya policy is working in favor of Turkey and to Russia's advantage in Libya.