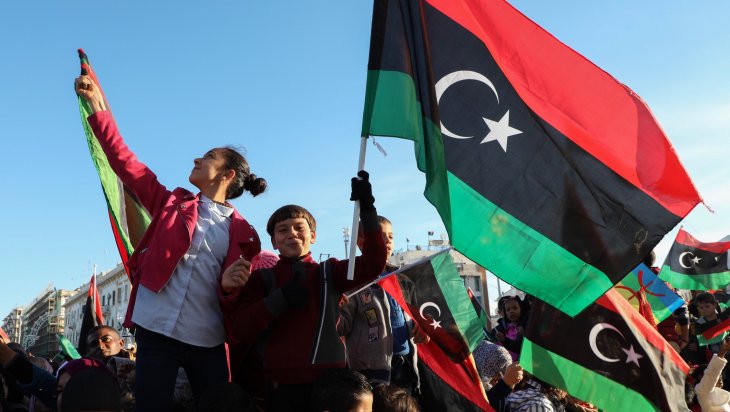 Negotiations for a permanent cease-fire in Libya remained inconclusive in Moscow but now Germany is organizing a conference on Sunday to end the fight for Tripoli which has been carried out by Gen. Khalifa Haftar since April.

Germany’s Foreign Ministry announced leaders and heads of states from 12 countries and four multinational organizations, including the UN, were invited to the Berlin conference.

On the other hand, acceleration of troop deployment in Tripoli sent by Haftar, who did not sign a cease-fire agreement in Moscow; resurgence of fulfillment by United Arab Emirates (UAE), an important ally of Haftar; and tough statements from Egypt, raise questions about the success of the conference.

The Berlin conference can only achieve success if a common will to end the external support deepening of the war in the country is ensured.

However, with the ongoing help of the UAE and Egypt, Haftar overturned the negotiation table in Moscow, which was established by Turkey and Russia, aiming for a permanent cease-fire. It proves that a political solution to the Libyan crisis would not be easy under these circumstances.

What is the ultimate goal of the UAE and Egypt?
The reason why the war has been continuing since 2014 and turned into a deadlock is that Libya became a field for the fight of regional and global powers.

Haftar expanded his control on the territories by launching military operations in eastern Libya in 2014. Firstly, he expanded the area under his control to the western Fezzan region in eastern Libya and then to the western parts of the country. The military and financial support of regional allies who invested in Haftar during the process enabled the success for the Libyan commander.

The ultimate goal of the many foreign actors which invested in Haftar, especially Egypt and the UAE, is to ensure forces loyal to Haftar enter the city center of Tripoli and gain the control of the Libyan Oil Ministry -- which operates in Tripoli and manages the income earned from Libya’s oil resources -- and the Central Bank of Libya.

Haftar’s demands during cease-fire negotiations in Moscow indicated that he sat at the table to achieve this goal. Considering the table as a tool for achieving that, Haftar, who deployed more militias in Tarhunah and a group of his air forces in al-Qardabiya military air base in Sirte, still keeps the war option on the table.

On the other hand, the UN-backed Libyan Government of National Accord (GNA) has been isolated in the war since France, Italy and the U.S. remain unresponsive to the Tripoli offensive and support Haftar.

However, the Libyan crisis sit at the top of the global agenda when Turkey, who inked a memorandum of understanding with Libya on Dec. 27, announced it would deploy troops to Libya to support the GNA.

Unlike the GNA, who has military support only of Turkey, Haftar gained backing from Russia, the UAE, Egypt and France. Haftar, who thinks himself powerful with the support of several international actors, has large room to maneuver, which enables him to refuse demands of countries supportive of him.

Although Russia was expected to give a harsh response to the latest move of Haftar, it was obvious that Russia could not easily give up on Haftar, as he has other alliances, and it has limited influence on the Libyan commander.

Haftar, who is preparing to attend the Berlin conference, goes through an intense preparation in fronts close to Tripoli at the same time. He bought new air defense systems from Russia despite unsuccessful negotiations in Moscow. It is also observed that flights between Aleppo and Benghazi have been intensified.

Haftar considers negotiation table as a tool for gain
For Haftar, a negotiation table is a tool for achieving his goals which he could not realize by fighting. The reason that Russia, which has the influence to affect the field as of 2019 thanks to the support it has provided for Libya, failed to convince Haftar, is that the UAE and Egypt also approached the table with the same attitude. The advisors from the UAE accompanied Haftar during negotiations in Moscow. This point to the important role that the UAE played and continues to play in this process.

The relationship between the UAE and Haftar is based on mutual interests. The military operations initiated by Haftar, which target the Muslim Brotherhood movement in Libya, are important for the UAE's political agenda in the region.

Following the Arab Spring, the UAE launched operations against the al-Islah movement, which is the Muslim Brotherhood’s branch in the UAE, since 2012, citing the threat against the regime’s security. The UAE accused it of “attempting to overthrow the regime,” and carried out several arrests and trials.

Egypt undoubtedly was one of the first fronts of this war and Abdel Fattah al-Sisi who came into power in Egypt opened the doors of Libya for the UAE. In 2014, the UAE took its part in the Libyan civil war by carrying out a range of air strikes in Tripoli from military bases which Egypt opened to the UAE. Thus, in the post-2014 period, Egypt and the UAE helped Haftar change the balance of power in his favor in the field with the air support they provided. Forces loyal to Haftar have owed their military advance and control of a significant part of the country to the air support provided by Egypt and the UAE.

On the other hand, Egypt and the UAE's presence in Libya has been ignored by international actors. On July 3, 53 people were killed and 130 were wounded in an air strike at a migrant detention center in Tajoura town, east of the capital Tripoli. A UN commission investigating the attack completed its work in November and submitted the report to the UN Security Council.

Furthermore, the condemnation statement by the UN Security Council, which gathered after the attack, was prevented by the U.S. Although the name of the country which carried out the air strike was not mentioned in the report, it is widely believed that the aforementioned warplane belongs to the UAE. The UAE has been operating the al-Khadim military base in Libya and has been carrying out its military operations from here since 2016. Strengthening its military presence with a base in Libya, the UAE aims to guarantee its gains in Libya by providing international legitimacy for Haftar and the House of Representatives in Tobruk.

The UAE, which has put great effort so far, has not achieved its goal. Therefore, it does not want to lose the advancement it gained with the fight for Tripoli. Due to the Libya crisis, the UAE's efforts in this regard came to the fore after UN's then-special envoy to Libya, Bernardino Leon, who brokered the 2015 Skhirat agreement offered by the UN, started to work for a UAE-financed think tank after his tenure expired. It was revealed that Leon communicated with the UAE Foreign Minister Sheikh Abdullah bin Zayed via e-mail regarding these talks during the political negotiations in Libya in December 2014.

However, the Skhirat agreement also failed to achieve the international legitimacy desired. At the beginning of 2015, the GNA was established under the leadership of Fayez as-Serraj with the support of the UN; but the House of Representatives in Tobruk did not recognize the new government. While the UN-backed GNA was trying to control the groups in Tripoli, Haftar was continuing to expand its operations to the west and south of the country. Thus, the military option was accepted as a fruitful tool by international actors who supported Haftar, especially by the UAE and Haftar himself.

All efforts for negotiation since then were interrupted by military operations of forces loyal to Haftar. There was a solution plan consisting of three phases -- UN’s special envoy to Libya Gassam Salameh is to revise the Skhirat agreement between the House of Representatives in Tobruk and the Supreme State Court in Tripoli by the end of 2017, parties are to gather to negotiate in a national dialogue conference, and elections are to be held in the country. However, during the negotiations, Haftar continued his operations in the oil-rich regions of the country in eastern Libya.

Following this development, France and Italy sought to be the party that resolves the Libya crisis through separate summits throughout 2018 in order to be active in Libya’s future. However, France and Italy’s attempts aiming to exclude one another did not solve the crisis but disrupted the UN process as well and resulted in Haftar gaining support. This time, the UN talks in February 2019 were postponed due to the Fezzan Operations in which the important oil facilities and sites were taken under control in southern Libya. Following the Fezzan Operations, the UAE carried out a diplomacy tour, convinced the Libyan National Oil Company to remove the "force majeure" in the southern oil fields, which prevented the oil shipment and legitimized Haftar's presence in the oil field. In addition, as-Serraj and Haftar started negotiations in Abu Dhabi at the end of February, with the support of the UN and the UAE. The fight for Tripoli took place immediately after these negotiations and just before the Libyan National Congress, which was decided to be held on April 14.

War in Libya seems difficult to end
A brief analysis of the past makes it clear that Haftar's allies, especially the UAE and Haftar himself, have been using the negotiation table as an extension of the war for a long time. For this reason, it seems difficult for the war in Libya to end as long as this external support continues. It will be possible to talk about a permanent solution in Libya only with the establishment of a political environment with a consensus on issues such as formation of a state, distribution of economic resources, governing the country, constitution, and election law. But the main goal today in the Libyan crisis is to convince Haftar that war is not a solution. It does not seem possible to achieve this goal without persuading allies who support Haftar.

This article was published in Anadolu Agency website under the title of “Can Berlin conference solve Libyan crisis?” on January 18, 2020. 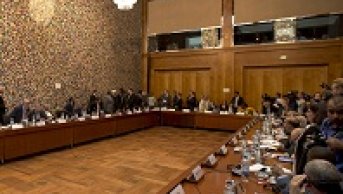