Expectations from the Quadripartite Summit for Syria 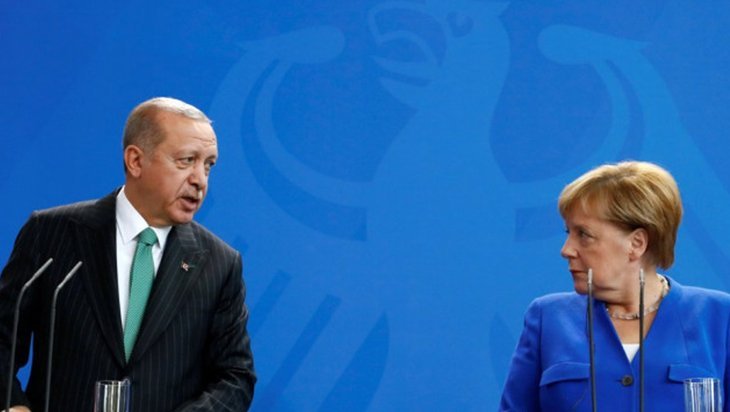 The majority of mechanisms developed for the political settlement of the Syrian crisis could not produce concrete results and they ultimately failed. The exception was the Astana process. The three elements that made the Astana mechanism different from previous attempts were; that it brought a really limited number of actors that were effective in the field together, that it was a Russian/region-centered (Turkey and Iran) initiative and that the settlement was relatively focused on easy issues.

It can be said that the Astana process has tangible results, regardless of which side it benefits. First of all, it is seen that there has been a decrease in the level of conflict in Syria in the post-Astana process. Moreover, with the Sochi Memorandum signed between Turkey and Russia, the ultimate balance of power between the opposition and the Syrian regime is understood to be achieved in the near future. If Turkey can implement the steps foreseen in the Sochi Accords in the field, we can proceed to the stage where the competition/conflict between the regime and the opponents is settled between by political means, not military. It should not be ignored that in front of this optimism, there exist groups that would oppose the implementation of the agreement and both sides have double-crossers (al-Qaeda-affiliated groups, Iran-backed foreign or local Shiite militias who are regime ally), and thus the agreement stands on a fragile ground.

Another mechanism developed for the settlement of the Syrian crisis was the Geneva Process, a West-based multilateral initiative. The effectiveness of the Geneva Process decreased in parallel with the decline in the role of the US and European countries in the Syrian crisis and the increase of military gains of the Syrian regime in the ground. In fact, Astana was conceived as a mechanism to pave the way for the Geneva Process. Within this framework, it was decided to establish a constitutional commission of 150 persons in accordance with the decisions taken in Astana. It was envisaged that the 50 names in the commission would be chosen by the UN, 50 by the opposition and 50 by the regime. There were no problems regarding the names proposed by the regime and the opposition. However, the neutral names offered by the UN were not accepted by the regime. The regime is becoming more against a political solution in parallel with its increase of gain in the field and is taking the lead in the failure of the Geneva process even though it seems to be part of the solution. The demand of the regime is that the regime shall have at least two-thirds of the names proposed for the Constitutional Commission, the 2012 Constitution shall be grounded on, and the Constitutional negotiations shall be carried out in Damascus. It is, on the other hand, obvious that these conditions will not be accepted by the opposition. Therefore, the process is blocked, and UN Special Envoy for Syria Stephan De Mistura has announced that he will not resume his duties for family reasons by the end of November 2018.

Carrying Astana's achievements to Geneva
In addition to the benefits for Idlib, the Sochi Agreement can establish the necessary conditions for the political settlement of the Syrian crisis in the medium term. At this point, the regime and its allies will need the Western role for two reasons. These are the international legitimacy of the regime and the transfer of the necessary resources for the reconstruction of Syria. Although Russia and Iran have managed to maintain the regime with their support in the military field, they do not have the power or resources to provide these two benefits. At this stage, the achievements of Astana will need to be moved to Geneva and the political solution in Syria will, in any case, be reached on a much wider platform.

Precisely in such an environment, by the Turkish initiative, a quadripartite summit on Syria will be held in Istanbul on October, 27, 2018, with the participation of Russia, Germany and France. In fact, this summit was planned to be held earlier, but it was postponed due to the developments on Idlib. Another obstacle was the abstaining attitude of Germany and France towards the summit. However, the success regarding the prevention of the Idlib operation changed the attitudes of these two countries. The operation to be conducted in Idlib disturbed the European countries, particularly Germany, as it would trigger a new wave of immigration and would cause foreign militants in Idlib to return to their source countries. Nevertheless, in the Tehran Summit, Turkey could not get the support of the West and was forced to stand alone against Russia and Iran. Ultimately, Europe had a sigh of relief with the agreement in Sochi. Thus, Turkey was also able to take an important step for the European security about Idlib. One of the concrete outputs of the Erdoğan-Merkel meeting held in Berlin about a week after the signing of the Sochi Consensus was the announcement that the quadripartite summit would be gathered. The reason for the change in Germany's stance was probably linked to back up the Turkish efforts regarding Idlib and to show that it is with Turkey on the Syria issue.

Idlib and Search for Political Solutions
At the summit, the most likely issue to be discussed is Idlib. Germany and France will emphasize the importance of preserving the new status quo in Idlib after the Sochi Consensus. The messages to be given in an environment where the possibility of carrying out an operation against Idlib still exists will strengthen Turkey's hand a little more. Uncomfortable with the US and European support for the YPG/PKK, Turkey has a closer understanding with the given actors regarding the political settlement in Syria. Even though Turkey attaches great importance to the Astana Process, it is not a secret that Turkey does not share the same vision with Russia and Iran about the future of Syria, and therefore, it needs the West's balancing role against these two countries.

When the summit was first planned, some issues such as the return of Syrian refugees to their country and the reconstruction of Syria were intended to be discussed. However, it seems difficult for the parties to meet on a common point. Germany and France are willing for the return of Syrians to their country. Russia needs Europe's financial support for the reconstruction of Syria. Russia is trying to make Europe contribute to the reconstruction process by using Europe's sensitivity towards refugees. On the contrary, Europe does not plan to invest in Syria without any political solution. Therefore, refugees and reconstruction issues do not appear to be a field of cooperation now and a decision on these topics is not expected to be made.

One of the most critical questions that can be discussed about the quadripartite summit on Syria is whether this will be an exceptional meeting or there will be a new mechanism for the solution of the crisis in Syria. Many of the initiatives that were put into practice for Syria ended without serious consequences. In Astana, a few but effective actors obtained a solution by focusing on areas of common interest the solution of which are relatively easy at the local/micro level. The quadripartite summit to be held in Istanbul has a similar characteristic in this respect. That the parties decide at least on the establishment of the Constitutional Committee will be an important output. It is difficult for the quadripartite summit to become a mechanism by itself. However, if the political solution in Syria is ultimately carried out on a multilateral platform, the quadripartite summit may facilitate the process from Astana to Geneva and play a role in moving Astana's achievements to Geneva as stated at the beginning of the article.

This article was published on October 26, 2018, under the title of “Expectations from the Quadripartite Summit for Syria” in the news analysis section of Anadolu Agency.