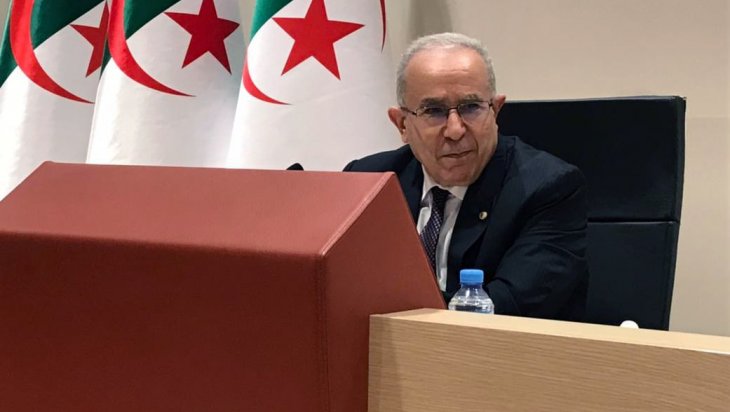 The Algerian government announced that it had cut diplomatic relations with neighboring Morocco as of 24 August 2021. Algerian Foreign Minister Ramtane Lamamra did not elaborate on the decision, simply saying that "the Kingdom of Morocco has never given up on its hostile activities against Algeria". This perspective points to a deep-rooted regional geopolitical rivalry beyond the recently observed rising conflicts between the two countries. The rivalry is mainly due to the struggles of the two powerful neighboring countries for influence in the western Mediterranean, Maghreb and Sahel geopolitics. It should also be noted that the struggle between the two countries is also a reflection of the existing political blocks in the Middle East region and world politics.

Historical Background
The origins of the current Algerian-Moroccan rivalry date back to the 13th-century rivalry between the Merini Dynasty in Morocco and the Abdulvadi/Zeyyani Dynasty in Algeria. At the time, the Hafsi Dynasty in Tunisia was also included in this rivalry. The most basic factor that carries the historic rivalry in the region to modern times is Morocco's keeping the ideology of "the Great Morocco" (Maghreb el-Kebir) alive. Asserting that its historical and natural borders extended to Senegal and Niger, Morocco claimed that colonialist powers violated these borders. The region between Bashar and Tindouf, located in the southwest of Algeria, was among the lands Rabat claimed sovereignty over within the scope of the Great Moroccan idealogy. The King of Morocco and the leaders of the Algerian National Liberation Movement met in July 1961 and agreed to delay the resolution of border disputes between the two countries until Algeria’s independence. Even though Algeria thus tacitly acknowledged the existence of disputed borders, after gaining independence in 1962, it declared that it would not compromise its territorial integrity. The Moroccan government continued to argue that the region in question had historically remained within its borders. On the other hand, the Algerian government bases its claims on the African Union Organization's decision aimed at preventing new conflicts, according to which borders drawn during the colonial period should be taken into consideration. The relations, which were strained due to mutual accusations, led up to the Sand War (Harb er-Rimâl) between the two countries in 1963. After the conflicts, which resulted in the deaths of hundreds of soldiers from both sides, peace negotiations were held under the mediation of Ethiopian Emperor Haile Selassie and Mali President Modibo Keita, and a ceasefire was finally established on 30 October 1963. After the ceasefire, the status quo on the border was generally maintained. The newly formed Organization of African Unity deployed its first multinational peacekeeping force in the demilitarized zone established in this area.

The visit of Algerian President Huari Boumedyen to Morocco in 1969 is an important step for normalizing relations. As a matter of fact, with the Ifran Agreement signed in 1972, King Hassan II announced that Morocco renounced its sovereignty claims over Algerian territories. However, Morocco did not officially ratify this agreement until 1989. The answer to why Morocco gave up the territories it claimed sovereignty over for many years and fought for was hidden in another region where Rabat had interests, namely Western Sahara. King Hassan II assumed that by abandoning his claims over Bashar and Tinduf, he could establish better relations with neighboring Algeria and receive Algeria’s support on the Western Sahara issue. However, Algeria's Western Sahara policy was not going to be what the King had expected.

Waiting for a self-determination referendum in the region just before the Spanish withdrawal from Western Sahara, Algeria did not approve of the region's annexation by Morocco in 1975. It then started to support the Polisario Front, which struggled for the independence of Western Sahara. Aiming to balance the growing power of Morocco, Algeria, as the first step, accepted the Western Saharan refugees and allowed the Polisario Front to get organized in Algerian territory and carry out activities against Morocco. More importantly, it paved the way for the Sahrawi Arab Democratic Republic (SADR), proclaimed by the Polisario Front, to be recognized as a member of the Organization of the African Union in 1982. In response to this decision, Morocco withdrew from the African Union and did not rejoin until 2017.

SADR maintained its “organic ties” with Algeria in response to support it received from Algeria. In 2016 the general secretary of the Polisario Front announced that Ibrahim Gali, the newly elected head of state of the SADC, would make his first official visit to Algeria just like his predecessors. The Moroccan media portrayed this as the Polisario Front’s "unconditional loyalty to its boss”. The reception of Gali by the Algerian Prime Minister and Chief of General Staff during this visit was considered as a clear sign of the Algerian government's political and military message to Morocco.

Algeria does not hide that it is the leading supporter at the international level for the Polisario Front and the sovereign state declared by the Front. If an independent pro-Algerian state dominates Western Sahara, Algeria will increase its power in the region vis-à-vis Morocco. It will also benefit from the resources (especially phosphate) in the region and will be able to open up to the Atlantic Ocean.

The Arab Maghreb League, which was established in 1989 with the signing of the Marrakech Agreement by the five Maghreb states (Algeria, Morocco, Libya, Mauritania, and Tunisia), was first seen as a critical step towards increasing regional stability and cooperation.  However, it remained a dysfunctional organization due to the Algeria-Moroccan rivalry. Morocco denies the accusations of supporting Jamaat al-Islamiye al-Musallaha, which is in conflict with the regime in Algeria. On the contrary, Morocco claims that Algerian intelligence has a hand in the terrorist attack in Marrakech together with the organization mentioned above. Following mutual accusations, the borders between the two countries were closed and have not reopened since 1994. Throughout the 2000s, the two countries have continued to accuse each other of supporting terrorist organizations and allowing drug trafficking.

Present Situation
Permanent Representative of Morocco to the United Nations (UN) Omar Hilali made statements in July 2021 defending the right of self-determination of the Kabyle Amazighs in Algeria, which brought the usual tension in bilateral relations to a new level. Meanwhile, Morocco's decision to normalize diplomatic relations with Israel, and its acceptance of Israel's membership as an observer to the African Union are other dimensions of the Algerian-Moroccan showdown. Algeria, on the contrary, strongly objected to the decision to accept Israel as an observer and lobbied other African states against such a decision. Recently, the Algerian government has blamed Moroccan and Israeli-linked groups for the wildfires raging through the Qabilia region in the west of the country in August 2021. According to the Algerian government, the opposition Reshad Movement and the Amazigh’s nationalist Kabîliye Self-Determination Movement (Mouvement pour l'autodétermination de la Kabylie) have started wildfires "with support from outside elements, particularly Morocco and Israel (the 'Zionist formation' in the original expression)". These accusations have signaled a breakaway in Algerian-Moroccan relations. On 19 August, Algerian Presidency made a statement regarding the the forest fires, stating that "the uninterrupted hostile actions of Morocco against Algeria necessitates a review of the relations between the two countries." Just five days after this statement, Algerian Foreign Minister Ramtane Lamamra officially announced in a press conference their decision to end diplomatic relations with Morocco. The two countries continue to blame each other for the current situation. Reminding Morocco’s support for Algeria's independence against France and blaming Algeria for not showing any "gratitude", Moroccan officials claim Algeria has turned its back against Morocco in the Western Sahara issue. Morocco also blames Algeria for establishing a "puppet state" in Western Sahara in breach of the agreements.

According to Rabat, Algeria has to stop its "regional hegemony" efforts to isolate Morocco and threats to Morocco's territorial integrity. On the other hand, Algerian officials say that Morocco should first recognize Western Sahara's right to self-determination. Morocco should also abandon the habit of blaming Algeria with unfounded asserts as in the Marrakech attacks in 1994. It should at least express remorse, if not a formal apology, for such groundless accusations in the past. Responsibility should be taken for people reciprocally expelled from both countries since the 1970s, and compensation should be paid if necessary. Algeria is also disturbed by Morocco’s perception of the Sahel region as its "backyard". Morocco's actions such as training of Malian imams, mediation between the Tuareg factions, supplying weapons to Mauritania and Niger, and supporting the French intervention in the region are seen as factors that negatively affect Algeria's influence in the region. In this regard, the Algerian-Moroccan rivalry concerns not only the Maghreb region but also the Sahel region. A possible reconciliation between the two regional powers would be a catalyst for the stability in the Maghreb and Sahel.

Undoubtedly,  the Algerian-Moroccan rivalry has regional and global causes that go beyond the Maghreb and Sahel. While Algeria is supported by the "revolutionary" bloc led by Egypt since its national liberation struggle, Morocco is mainly associated with the "conservative" bloc represented by the Gulf monarchies. While Algeria stays relatively closer to Moscow in the political arena and uses Russian weapons in its army, Morocco has preferred Western powers, primarily the US and France. Morocco's acceptance of normalization with Israel in the hope of strengthening its hand in the Western Sahara issue is also a result of this choice. There has been no reaction from the US or Russia regarding the rupture of diplomatic relations between Algeria and Morocco. This indicates that the political-military rivalry in the region is taken for granted, or a wait-and-see policy will be followed unless it turns into a large-scale conflict.