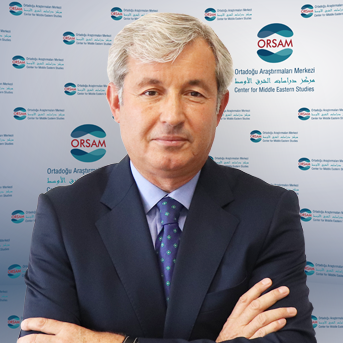 Ibrahim Aydin (Major General, retired) graduated from the Turkish Military Academy as a gendarmerie officer in 1983, and from the Army Staff College as a staff officer in 1997. A graduate in 2000 of the Armed Forces College, he retired in 2016 after serving as a commander and staff officer in various positions within the Gendarmerie General Command.

Ibrahim Aydin has served as advisor to the Director at the Center for Middle Eastern Studies (ORSAM) since 17 July 2020. His works are mainly focused on national security issues.

Clinton’s New Documentary is an Effort to Whitewash the YPG

İbrahim Aydın | 05.02.2021
Earlier this month, former United States Secretary of State Hillary Clinton, and her daughter Chelsea, announced their intention to produce, through...