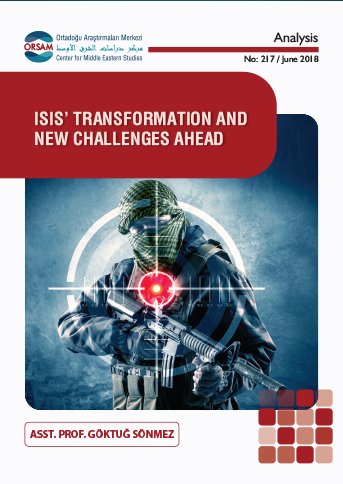 ISIS’ Transformation and New Challenges Ahead

Whereas ISIS suffered from serious territorial losses in the last several years and its propaganda machine has experienced a significant loss of visibility, emerging new questions attract more and more attention. There are no fewer than four key challenges ahead: 1-Perceiving the components of ISIS’ transformation and how ISIS 2.0 will look like 2-Addressing ISIS’ online visibility which significantly diminish but still active and would keep inspiring extremist groups worldwide 3-Detection of returnees and devising proper strategies for them 4-Assessing the post-ISIS 1.0 “competition” over a broad region stretching from the Southeast Asia to sub-Saharan Africa In this study, these four challenges will be looked into in detail. In order to do so, comparisons will be made with the years the group enjoyed the climax of its power. Drawing from these comparisons, how the group and its capabilities changed and transformed and what future changes can be expected will be discussed. This will be done with an eye on providing not only the facts on the ground but also some insights about the future challenges that might both come from the changing capabilities and modus operandi of the group and the new actors that can emerge as well as the possibility of al-Qaeda reclaiming its position as the leading defender of the “cause”. The study would argue that even on the losing side now, ISIS can still pose challenges as a group with a different modus operandi and due to the uncertain outcomes of its fall (which would not lead a complete disappearance in the short-term due to continuing flow of revenues even though quite modest compared to the group’s “golden era”. Its diminshed human capital which can still make an impact on the ground considering the weak security mechanisms as well as the potential threats posed by returning foreign fighters) and its consequences. Moreover, the group’s fall, paving the way for other actors to benefit from its decreased butstill unneglectable human capital and the ambitions it once inflamed, requires a careful evaluation of the years and maybe decades ahead of us.