Observations from the Field Research in Erbil and Sulaymaniyah 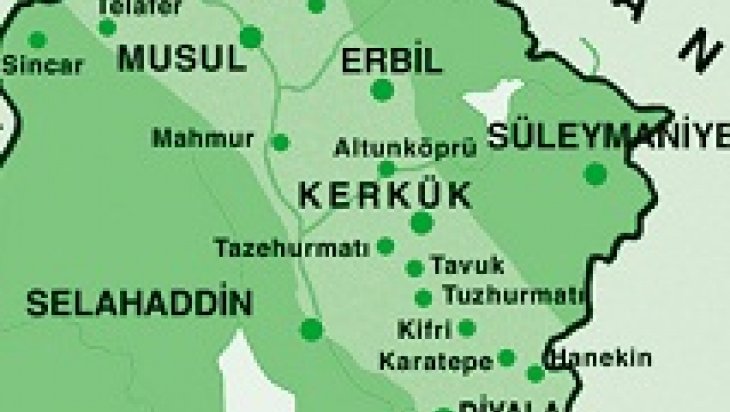 As ORSAM team, we recently paid a visit to the Kurdistan Regional Government (KRG) in order to conduct a field research. As it is already known, clashes with ISIS have had a significantly negative impact on the KRG. Moreover, the region suffers from political and economic crisis, too.  The impact of the economic crisis is quite visible in the KRG. For instance, in Erbil where is regarded as the capital of the KRG and named as the “Dubai of Iraq” with its high storey buildings and business centres, numerous construction projects has been halted. In addition to that, economic life at the micro level i.e. small and medium businesses experience a major slowdown and many of them had to quit the market already. The economic crisis even affects restaurants and coffee shops which are among the most widely preferred places for socialising in Iraq. As an anecdote, we observed that the Iskan Street  -which is reminiscent of Ankara’s Tunalı Hilmi or Istanbul’s  İstiklal, where people play rummycube/okey and domino in quite crowded and busy restaurants which offer a wide variety of local foods and  full of street peddlers-  is quite far from its “good old days”. The coffee shops or çayhanes where we spent some time before and had a hard time finding a seat for a few of us now do their best to attract customers, restaurants close their businesses much earlier than they did before and you cannot find the street paddlers you got used to. When we asked about the reasons behind this change, a wide range of people from intellectuals to politicians and bureaucrats simply refer to a single cause; people cannot leave their homes since they do not have money. The KRG was able to pay only one-fourth of a single salary in January 2016 since September 2015. Thus, protests can be seen every day at schools, hospitals or public institutions. Teachers occasionally refuse to continue teaching and doctors do not have the motivation to take care of their patients. Only in the last 2-3 months, almost 350 doctors left the KRG due to this poor economic and political situation. The youth desperately tries to make their way to Europe either legally or illegally in order to find job opportunities over there. Since the KRG is unable to make necessary amount of payments, international electricity-providing companies have to impose cuts and the region enjoys around only 8 to 10 hours a day whereas in the past it was around 22 hours a day.

Political crisis in the KRG also deepens the society’s difficulties and discontent. Issues within the government which was formed in 2013 after 9 months of tough bargaining had been shelved due to the region’s struggle with the ISIS whereas now, after distancing the ISIS threat from the region, they again surfaced. Controversies over Massoud Barzani’s extension of the term of his presidency in June 2015 turned into violence in August. Especially due to the critical stance adopted by the PUK and Gorran related to this controversy heightened tensions between the KDP and these political parties. Consequently, Gorran’s ministers within the KDP-led government were dismissed. Following that, the government ceased to work effectively and rumours have been around for some time about forming a new government without the Gorran. Recently, it is stated by all parties that the KDP and the PUK have been experiencing a rapprochement. Both parties seem to favour the option of forming a joint rule and returning back to the strategic agreement between them which was signed in 2004, but ended in effect due to the results of 2013 elections.  This possible rapprochement and the PUK’s softening stance vis-a-vis the KDP result in the harsher rhetoric adopted by the Gorran. Gorran’s strategy of using the PKK against the KDP and its cooperation with the terrorist organization is also another point mentioned repeatedly by different figures. Since PKK’s sphere of influence mostly overlap with the one of the KDP, it is widely argued that the Gorran uses the PKK in order to decrease the influence of the KDP and/or to give the KDP the hump which causes social divide, too. Here, it would be valid to argue that Mr. Barzani’s statements about the independence of the KRG are mostly directed at unifying the society and to utilise on the “rally around the flag” effect.  Otherwise, including even the KDP politicians, leading figures and public agrees on the fact that the KRG is not ready for a referendum, let alone independence. This reality on the ground stems from the fact that alongside economic problems, lack of institutionalisation, governance-related issues, constitutional and legal problems are also still there. Considering the last meeting of the Parliament was around August 2015 and the absence of any meeting since then, the idea of independence seems unrealistic even for the society. Under current circumstances, the people’s emphasis is primarily on overcoming the economic crisis. All in all, it seems that unless the KRG can overcome its crisis, providing stability in the region is quite a demanding task if not impossible.