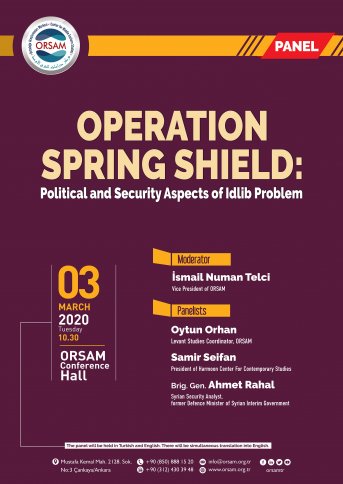 Idlib, which is the last region in the hands of opponents against the Syrian regime, has entered into a huge humanitarian, military and political deadlock as a result of the land and air operations launched by the regime since May 2019. As the vital point of the Syrian crisis, Idlib was destabilized by military operations carried out by the regime forces in violation of the Sochi agreement. Assad forces backed by the Russian air forces and Iranian militias, captured several regions including 7 out of 12 observation points established by Turkey according to Sochi agreement. Some strategic regions like Khan Sheikhun and Marat al-Nouman were also captured by the Assad regime. Turkey transported large military convoys to border line and certain points in Idlib against the violations of the regime. Therefore, an extremely fragile situation emerged on the field that could evolve into an interstate war. Diplomatic attempts between Turkey and Russia remained inconclusive due to incompatible demands of the parties. Although the diplomatic process between the two countries continues, the tension in the field has gradually increased. The fact that Turkey is a NATO ally has affected the course of diplomacy with Russia. The US and many other NATO countries has declared their solidarity with Turkey on the Idlib issue. As a result, Idlib issue created a regional impact at the beginning but later it was turned into an international problem. Within the framework of all these developments, Center for the Middle Eastern Studies (ORSAM) will organize a panel to address Turkey’s position in Idlib, security and international aspects of the problem. In addition to evaluating the current developments, the panel will look for answers regarding what kind of developments await the region.

The panel will be held in Turkish and Arabic. There will be simultaneous translation into English. 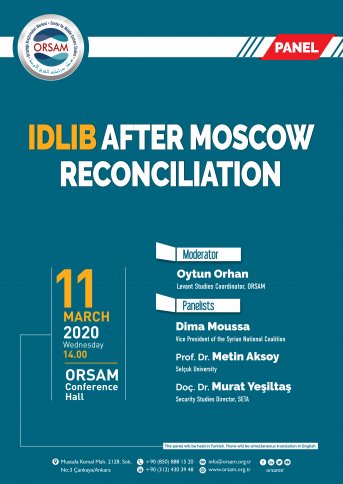 With the support of Russia, the Syrian regime followed the strategy of capturing Idlib by military operations containing great risks for Turkey. The civilian population, around 3,5 million, in Idlib is the foremost risk for Turkey where Syrian... 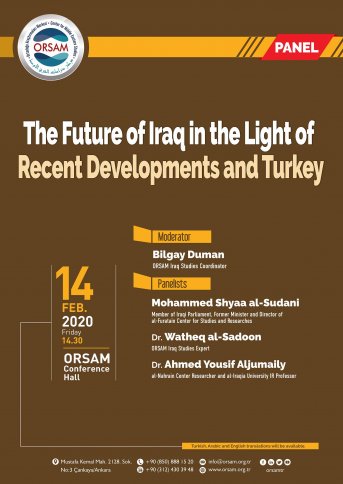 Protests that have been going on for more than four months in Iraq are thought to affect both the new government formation process and Iraqi politics. After the forcement of PM Adil Abdulmahdi’s resignment, the demands of the demonstrators are... 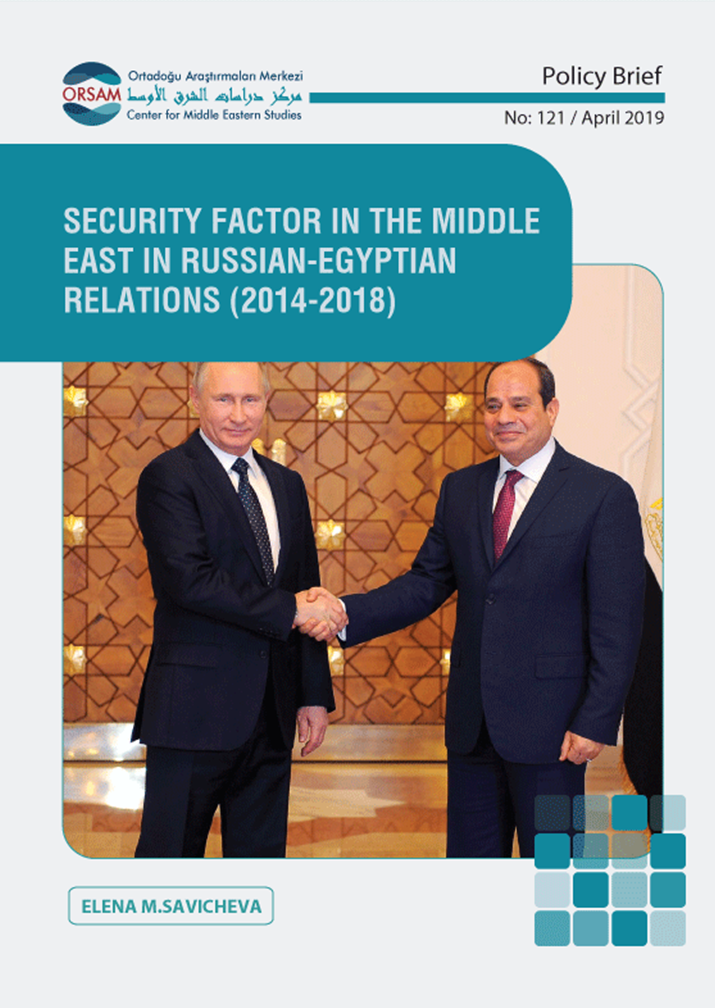