Possible Consequences of the Capture of Tel Abyad by PYD/YPG 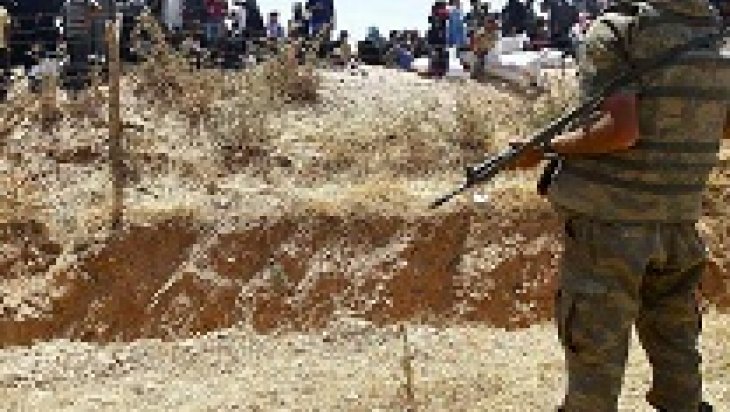 Tel Abyad, a Syrian town situated across from the border to Akçakale district of Şanlıurfa that was controlled by the ISIS since June 2014 has been captured by the Kurdish militia YPG and Burqan al Firat forces of the Free Syrian Army with the air support of the U.S. led coalition. This capture has enabled the geographical link between Kobane and Cizire, the two of the three cantons that the Kurds have established in the beginning of 2014. PYD/YPG has acquired the control of a significant portion of the border with Turkey and 6 of the 13 border gates. This is a major setback for the ISIS. It has lost its main logistical support route in a region very close to its “capital” city of Raqqa. In this sense, it might lead to a development in the middle term that affects the position of the ISIS in Raqqa and even eastern Syria.

The US-backed operations of YPG for capturing Tel Abyad started in the middle of May. YPG have started its advance from Ras al Ain (Serakaniye) towards several settlements in the east of Tel Abyad. The Assyrian Military Council has participated in this advance towards Tel Abyad’s east as well. During the struggle the eastern flank, YPG cooperated with Sanadid Army (Tribal Arab fighters) in al Hasakah. With the U.S. support and guidance, YPG forces moved west and captured Mabruk, Sülük and many villages situated between these towns. The YPG forces situated in Kobane and Burqan al Firat moved eastwards and Tel Abyad was surrounded. The ISIS has retreated almost without a fight and YPG/BurqanalFirat forces entered Tel Abyad on 15 June 2015. The participation of Burqan al Firat forces was useful in providing YPG with legitimacy and local support. Nevertheless, the stronger force on the ground is YPG.

After the capture of Tel Abyad, an intense immigration wave has started towards Turkey. In a matter of few days, more than 20,000 people have passed to Akçakale. The most important cause of the immigration is the fighting and the U.S. bombardments. In addition, there are claims that YPG oppresses the people in Turkmen and Arab people in order to forcefully relocate them. Tel Abyad and its environs is a region where Turkmens and Kurds live alongside with the Sunni Arab majority. Kurdish groups claim that the Arabs of Tel Abyad are among those who the Syrian government had relocated back in the 1960s in order to create an “Arabic belt”, and they have to leave. It is indeed a fact that there are some Arabic tribes that were relocated in this region, especially in al Hasakah. In spite of this, the Arabs of Tel Abyad are not among them. Almost all groups, tribes or families living in one side of the border have relatives on the other side as well. In Akçakale, across the borderfrom Tel Abyad, there is an Arab majority as well. Therefore, Turkmens and Arabs in Tel Abyad are not among those that had been relocated to the region.

News about the forceful relocation of Arabs and Turkmens has brought about the claims that PYD/YPG actively seek to homogenize the population by launching and “ethnic cleansing” of the region. In PYD communiqués, it is stated that “no harm was done to the civilian people and those who are willing may return to their homes”. In contrast, local sources claim that Turkmen and Arab settlements face oppression. There is also news that the immigrants’ return to Tel Abyad is being prevented. In the light of these claims, thirteen prominent Syrian opposition groups including Ahrar al Sham and Islam Army have released a joint communiqué calling for “declaring YPG as a terrorist organization for ethnically cleansing the Arab settlements”. Should ethnic cleansing claims be validated, the alliance between Burqan al Firat and YPG may come under a risk of dissolving. In addition, the methods of the U.S., the ally of YPG, for the fight against the ISIS will cast doubts on its local alliances.

It is quite possible to claim that Tel Abyad is important in several aspects. Firstly, it is one of the 13 border gates in Turkey-Syria border. The number of the border gates under the YPG control has risen to 6, while the number for the ISIS has fallen to 2 (Karkamış and Çobanlı).  Tel Abyad is also the ISIS capital city Raqqa’s link to the world. Despite the security measures by Turkish security forces, it was imposible to totally severe the ISIS recruitment of foreign fighters through Akçakale. Therefore, it would be possible to weaken the ISIS in Raqqa, where it is the strongest, now that it has lost Tel Abyad. Secondly, both ISIS and YPG spend efforts to form an integrated territory in northern Syria. Whereas ISIS considers Tel Abyad as a part of the “Islamic State”, YPG sees it within the territory of the “Kurdish autonomous/federal/independent region” that it wants to declare.
With the capture of Tel Abyad, an integrated Kurdish region has appeared ranging from the Iraqi border in northern Syria to Kobane. Even though Arab forces aided in the capture of Tel Abyad, PYD seeks to place the city under the authority of Jizire canton. The final objective of the Kurds is establishing a unified Kurdish region along Turkey-Syria border by maintaining a link with the Afrin canton in the West. Thus, when the conditions are provided, the next target will be the region between Kobane and Afrin with Azaz in its center. Nevertheless, there are settlements in this region with an Arab-Turkmen majority and low Kurdish population, similar to Tel Abyad. Another problem for Kurds is that the region between Kobane and Afrin is controlled by ISIS and other opposition groups. Therefore, potential operations for establishing links with Afrin will have a legitimacy problem among the local people for YPG. The other troubling issue is the potential targets of the U.S. air support, which were directed against the ISIS in Tel Abyad. Among the opposition, there are some groups supported by Turkey as well. The legitimacy of the U.S. air support is only possible if it helps Kurds against the ISIS and after the ISIS captures the whole region. Otherwise it will fuel the doubts concerning the U.S. policy of establishing a Kurdish region. Therefore, it is unlikely for the short term that Kurds will move towards Afrin. If it happens, Turkey will be the country that is most direly affected. A new immigration wave will head towards Turkey. Aleppo Turkmens, some of which had already left their homes, will completely abandon their settlements and a unified Kurdish region will be established under the control of PYD, the PKK extension in Syria.

The capture of Tel Abyad is likely to influence the relations between the regime and PYD/YPG as well. The two sides have an agreement not to interfere in each other’s control zones in al Hasakah, and are cooperating for the moment. Under normal circumstances, neither the regime wants an autonomous Kurdish region nor do the Kurds desire the regime’s presence in northern Syria. Both actors will seek to end the alliance and establish their supremacy once conditions favor either of them. The Syrian regime is gradually weakening and its logistics to al Hasakah gets more and more difficult. Likewise, PYD’s dependence on the regime is decreasing. Since the capture of Tel Abyad has established a link between al Hasakah and Kobane, the local balance started to shift in favor of PYD. This is most evident in the clash between the regime forces and YPG in al Hasakah only one day after the capture of Tel Abyad. YPG has captured most of the government buildings in the town of Qamishli, near al Hasakah. Earlier, YPG had refused offers by the regime to conduct joint operations against the ISIS. After these developments, pro-regime publications in Syria published articles claiming that “a Kurdish region is being established in the north as an American project”. Nevertheless, the imminent ISIS threat against al Hasakah will make the two sides maintain their alliance. When PYD decides that the regime further weakened and the ISIS threat faded, it will move against the regime forces and oust them from al Hasakah.

The capture of Tel Abyad will reinforce the position of YPG as the local partner of the United States. Its achievements might encourage the U.S. to provide further support to YPG. America probably seeks to severe the ISIS’s connection to the north by aiding YPG. Nevertheless, it does not pay attention to Turkey’s red lines about this issue. The problem about Turkey is that YPG, which is another group that is harmful to Turkey’s security interests, is likely to fill the void left by the ISIS. It is troubling for Turkey that not only a unified Kurdish region is established by capturing Arab and Turkmen settlements but also it is under the authority of PKK/PYD. Besides, increasing U.S. bombardment causes immigration waves, which primarily head towards Turkey. Hosting already approximately 2 million Syrians, the situation is “unsustainable” for Turkey in the words of Bülent Arınç, Deputy Prime Minister. All these reasons and the situation after the capture of Tel Abyad may diminish Turkey’s willingness to actively contribute to the coalition against the ISIS. The coalition’s preferential treatment about its selection of targets increases the doubts as well. As the ISIS is ousted from Tel Abyad, it continues to gain territory in Aleppo at the expense of the opposition supported by the U.S. Nevertheless, no support is provided to the opposition in Aleppo.

Despite all these developments, Turkey has adopted a cautious position, reacting to the developments along its border while at the same time failing to manipulate them. Except some portion of Aleppo and Latakia provinces, almost the whole border is controlled by groups that Turkey evaluates as a threat. A serious power void is present especially in northern Syria. In addition, it is obvious that no actors can singlehandedly restore the order in Syria. In such an environment, while it is not likely that Turkey will revise its overall Syria policy after the capture of Tel Abyad, it may strengthen its border security policy that is focused on preventing the security risks from the Syrian territory.