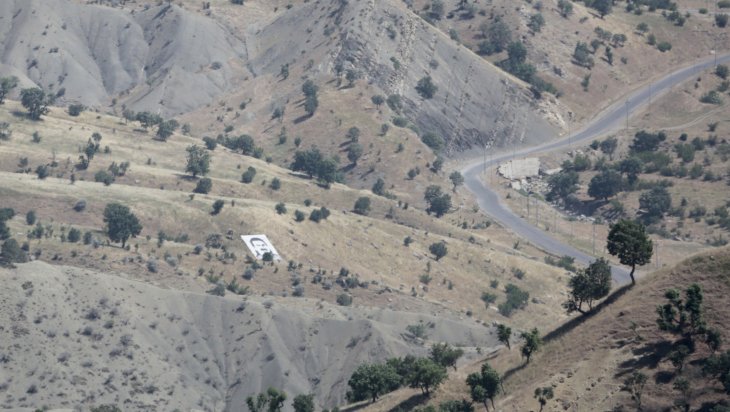 Nine people lost their lives and 29 were injured as a result of an attack on a touristic area in a village in Zaho district in Duhok province of Iraq on  July 20. Immediately after the incident, some Iraqi politicians blamed Türkiye despite the lack of evidence, while some “organized” protest demonstrations took place against the Turkish diplomatic missions. Iraqi politicians also demanded that diplomatic relations with Turkey be cut off and the border gates be shut.

One could observe that Iraq seeks to transform the current situation into a diplomatic crisis as the Iran-backed groups escalate their anti-Türkiye rhetoric. Since the attack took place near the areas where  Operation Claw-Lock is carried out against the terrorist organization PKK, some anti-Türkiye groups promptly blamed Ankara. The Turkish Ministry of Foreign Affairs clearly stated that Türkiye did not perpetrate this attack and stands ready to collaborate in finding the perpetrators. It was also noted in the statement that Türkiye pays the utmost attention to the protection of civilians, civilian infrastructure, historical and cultural heritage, and nature in its fight against terrorism.

Details considered
As a matter of fact, the success of Türkiye’s recent point-blank operations against the PKK is obvious. In this sense, Türkiye does not carry out "random" operations in the north of Iraq. Türkiye’s operations follow a strategy, in which all details are thoroughly considered, pinpointing is diligently done, and smart ammunition is used. Therefore, it is highly unlikely that Türkiye would launch such an attack on a crowded area, including the residential areas  where the mentioned attack took place.

Türkiye’s Foreign Minister, Mevlut Cavusoglu, clearly stated in a television program he attended that the Turkish Armed Forces did not carry out such an attack. Since the weapons used by Türkiye in cross-border operations are of new generation and modern technology, military experts remark that the deviation in these electronically guided weapons is no more than  10 meters.

As such, Türkiye does not use weapons such as mortars, which are described as "blind", in cross-border operations. That is because the standard deviation rate of such weapons is very high.

In fact, the type of weapon used in the attack is not certain. At first, the attack was said to be perpetrated by a drone. Then it was announced that it was an artillery bombardment, and finally it was stated that the area was hit by a mortar. In this respect, there is no indication that directly points to Türkiye. On the other hand, Mohammed al-Halbousi, the Chairman of the Iraqi Parliament, stated that Iraq should not be an area open to armed conflicts and called on the government to take precautions regarding such attacks. In addition, while countries such as the US, Germany, and Iran express their regrets about the attack, they do not put any emphasis on Türkiye .

Territory of the Terrorist Organization
However, one could observe that those who were disturbed by the operation carried out by Türkiye against terrorism in northern Iraq consider this attack  a pretext. It is noteworthy that systematic and widespread propaganda against Türkiye was launched after the attack.

The place where the attack took place is outside the control area of the Iraqi central government and under the administration of the Iraqi Kurdistan Regional Government (IKRG). In other words, the security forces of the Iraqi central government have no force in this area. The purpose of the Claw operations, which Türkiye has been carrying out since 2019, is to clear out the terrorists in northern Iraq and make the region safe and stable. It is known that the PKK evacuated or captured nearly 800 villages in the north of Iraq. The region where the attack took place is also one of the places where the PKK is active.

At this point, it is noteworthy that the General Director of Tourism of Duhok Province emphasized  after the attack that "tourists should not enter the region due to the PKK's presence, companies are warned about the ban on entry, and companies that did not comply with the decision would be punished". In other words, the area where the attack took place is still a terrorist zone. The intrusion of civilians into the area in question and then an attack carries the possibility of a planned trap. In the statements made by the Turkish authorities, it is emphasized that the PKK may have carried out the attack.

Internal Reckoning?
At this point, it is necessary to draw attention to the timing of the attack and the anti-Turkish propaganda. There have been efforts to form a government in Iraq for about nine months. However, there is no unity among the Shiite groups that are the driving force behind the government. Even more so, the divisions are deepening.

Voice recordings of former Prime Minister Nouri al-Maliki, allegedly targeting Iraqi politicians and supporting militia groups, created a bombshell effect in Iraqi politics. Therefore, it is noteworthy that the attack in Duhok coincided with a time when the divisions between Shiite groups were deepening. According to some comments in the Iraqi media, the attack consolidated the Shiite groups. There are also comments by some Iraqi experts that such an attack took place in order to pressure the KDP, led by Masoud Barzani, among the other Kurdish groups that could not agree on the presidential candidate. In fact, the KDP is held responsible for the failure of the government formation process due to its nomination of its candidate for president, who has always been a member of the PUK. At this point, it would not be wrong to say that Turkey has been used as a tool for internal reckoning.

On the other hand, there is a possibility that Türkiye will launch an operation in northern Syria. Especially the PKK branches in Syria are in a state of hectic preparation. At this point, it is likely that they seek to put the blame on Türkiye and to deter it from launching an operation in the north of Syria. On the other hand, it would be appropriate to say that these developments, regardless of cross-border developments, will not prevent Türkiye from continuing its fight against terrorism.

It is also significant that while Ankara is openly fighting terrorism, these reactions from Iraq are not directed against Iran, which directly targets the Iraqi settlements and "officially admits" its actions.

This opinion was published on the Milliyet website on July 22, 2022, with the title "Duhok Saldırısının Düşündürdükleri".