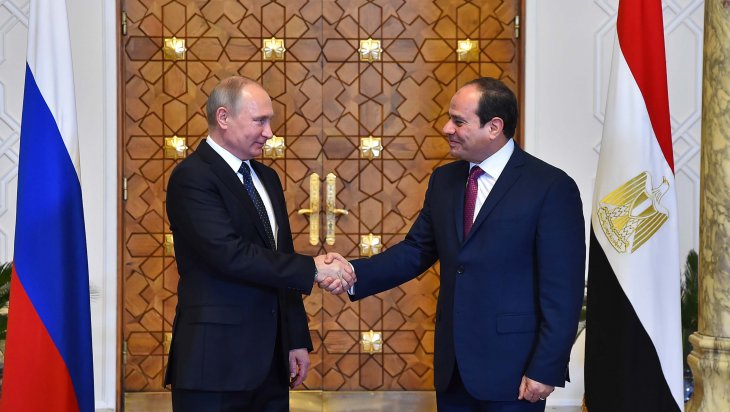 Russia’s invasion of Ukraine has created a shockwave in the international arena, causing massive and strong condemnation toward Moscow while also resulting in a turbulent economic environment on the global scale. Egypt, like all other states, has been affected by the repercussions emerging from the war in Ukraine, illustrated by Cairo’s recent actions on the political and economic levels. As the war closes into its second month, a general stance and perception of the war has begun to take shape from the perspective of Egypt, based on these actions taken by the government in the aforementioned levels. These actions look to define Cairo’s approach against the war, while also shaping its approach vis-a-vis Moscow and Kyiv and creating a policy dilemma between the West and Russia.

Lenience towards a neutral stance
Historically, Egypt has been playing a balancing game in its foreign policy between the US and Russia, both during and after the Cold War. While this policy continues to this day, it is most apparent in terms of bilateral security and military relations. For the US, Cairo is an indispensable strategic ally in the Middle East and North Africa region. So much so that Washington annually provides $1.3 billion in military assistance to the country. Although $300 million of this assistance has been split by the US, pending Egypt’s fulfilment of human rights conditions, Cairo continues to be vital in the US’ regional operations under CENTCOM. This was recently illustrated vividly by the US Department of State’s announcement that it approved a massive arms sale to Egypt valued at approximately $2.5 billion, despite the Biden administration’s open rhetoric regarding human rights concerns in Egypt. Elsewhere, Russia has a similar outlook on Cairo within the Middle East and North Africa region, though its partnership with the North African country is not as fixated to the military aspects of bilateral relations. Aside from the military ties between the two countries, most recently characterised by Cairo’s intention to acquire 24 Sukhoi Su-35 fighter jets, thus triggering political pressure and threats from the US, Russia is a crucial economic partner of Egypt, mainly influenced by the massive influx of tourism to the country every year. In recent years, these relations have expanded to the energy sector, with state-owned Rosatom playing a primary role in the construction of Egypt’s first nuclear energy power plant in the coastal city of El Dabaa. In addition, talks have also been finalised to establish a Russian industrial area in the Suez Canal economic zone.

While Cairo has been in the middle of a balancing game between these two poles, the country’s reaction toward Russia’s invasion of Ukraine has also been reflective of this general approach. In the emergency session of the UN General Assembly, Egypt was one of 141 countries that voted to condemn Russia for its invasion of Ukraine. Egypt’s vote comes as a statement released by the US Embassy in Cairo urged the North African country to uphold the fundamental principles of the UN Charter and stand against the Kremlin’s actions in Ukraine. Even though Cairo has shown a stance in favour of this Western-oriented approach, it has officially shown its willingness for the Russian invasion of Ukraine to be resolved through diplomatic means, which is a neutral policy compared to those adopted by Western states. Recently, Egypt abstained from a UN General Assembly vote that suspended Russia from the Human Rights Council. Egypt has also been part of a crisis group established by the Arab League that travelled to Moscow and Warsaw to hold talks with the Russian and Ukrainian foreign ministers, respectively. These talks, according to official statements from the Egyptian Ministry of Foreign Affairs, aim to mediate between the conflicting sides in reaching a diplomatic solution to the crisis. Furthermore, the crisis group has placed emphasis in unlocking agricultural exports from the region to the global market, especially those going to Arab states. Consequently, it is apparent that Egypt’s overall stance on the crisis follows a neutral approach toward the war itself, influenced heavily by the weight of Cairo’s strategic relations with both the US and Russia. However, it also follows international rhetoric on the matter, seen through its vote in favour of UN General Assembly Resolution ES-11/1.

An economy-driven perception
Egypt’s stance on the Russian invasion of Ukraine is also affected by other matters directly influenced by the conflict itself. In this regard, the agricultural and economic ramifications of the Russia-Ukraine conflict play a vital role in Cairo's perception of the crisis, as well as its efforts in combating its effects. One of the essential reasons why Egypt desires a swift resolution of the conflict stems from the impact it has on the import of wheat. Egypt is the world’s largest importer of wheat, with approximately %80 of this supply being bought exclusively from Russia and Ukraine. With a population of over 100 million, wheat is an absolute necessity for the country’s food security. Furthermore, since a significant increase in population is observed in the country, the disruption of wheat imports also poses possible problems for the Sisi administration and its stability. Consequently, great sensitivity is given by the state to the availability and price of wheat-based goods. A similar perspective can be seen for most Middle Eastern and North African states, which share the same demand for wheat imports supplied by Russia and Ukraine, caused by the agricultural unsuitability of the region. This explains the shared concerns seen among Arab League member states, represented by the Arab League crisis group’s visit to Moscow and Warsaw. Due to the aforementioned facts, Egypt devotes significant attention to the resolution of the Russia-Ukraine conflict, though it also seeks alternative markets to satisfy its demand. Among those countries, according to several publications, include countries such as India, France, Brazil, and Romania.

Elsewhere, economic issues aggravated by Russia’s invasion of Ukraine have also taken a toll on the global economy, and that of Egypt. In late March, Egypt’s Central Bank announced that it raised its key interest rate by 100 basis points to %9.75. A statement from the central bank attributed the decision, which was a first since 2017, to inflationary pressures triggered by the COVID-19 pandemic and the war in Ukraine. As a matter of fact, the Egyptian Pound, which used to stand at 15.6 to the dollar prior to the decision, also lost significant value and is now traded at approximately 18.4 to the dollar. Moreover, the Suez Canal Authority (SCA) announced in the past weeks that it made an increase of %20 to transit tolls through the waterway in a bid to increase revenues. Discounts made to LNG carriers were also retracted by the canal’s authority. In an official statement, the rise in global commodity prices was given as the reason for the SCA’s decision. Meanwhile, inflation has also taken its toll on the country’s economy, with the country’s annual inflation rate increasing from %8.8 in February 2022 to 12.1% in March 2022, and this number is bound to increase in more recent data. Based on the aforementioned issues, Egypt has gone as far as requesting help from the International Monetary Fund to implement its comprehensive economic program, to better combat the effects of the war in Ukraine.

Conclusively, the swift resolution of the conflict in Ukraine will be met positively in Cairo, which was successful in keeping the effects of the COVID-19 pandemic on the Egyptian economy to a minimum. However, the inflationary trend witnessed in the global market, as well as the disruption of wheat imports from Russia and Ukraine, have naturally directed Egypt’s economy toward a negative trajectory. This has pushed Cairo to actively partake in international initiatives intending to resolve the war in Ukraine as swiftly as possible, while following a neutral policy that respects the country’s strategic relations with the West and Moscow. 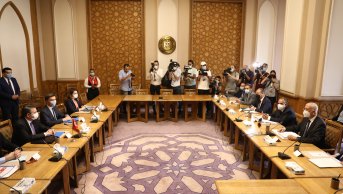 Burç Eruygur | 08.09.2021
The future of Turkish-Egyptian normalisation talks will be hitting a new milestone on 7-8 September as an Egyptian delegation, led by Deputy Foreign... 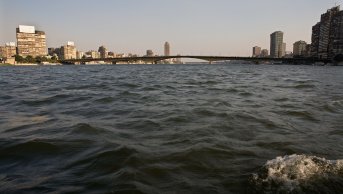 Burç Eruygur | 08.05.2021
On 22 April, Egyptian Foreign Minister Sameh Shoukry travelled to Tunisia to meet with Tunisian President Kais Saied. This visit was the seventh and... 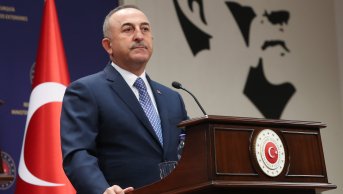 The Turkish-Egyptian Rapprochement: Prospects for the Future

Burç Eruygur | 20.03.2021
Following the release of numerous statements in the last couple of weeks by Turkish Foreign Minister Mevlüt Çavuşoğlu and Turkey’s P...