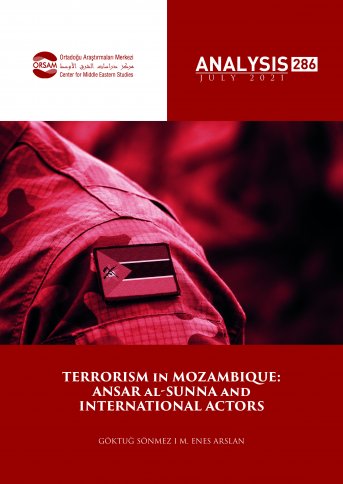 Africa stands out among other conflict areas around the world as one of the regions where political violence is most prevalent in terms of the number and intensity of incidents. From ethnic tensions to civil wars, from terrorist incidents to kidnappings, the region often experiences a vicious circle of violence as a result of the lasting effects of a colonial past. According to the Armed Conflict Location & Event Data Project (ACLED) data, Africa was the only continent where political violence increased in 2020 with 17,200 different violent incidents recorded, an increase of almost 25% compared to the previous year.[1] While North African countries continue to suffer from the effects of the Arab Spring, terrorist organizations are gaining more and more ground in Sub-Saharan Africa. In fact, according to the Global Terrorism Index published annually by the Institute for Economics and Peace (IEP), 7 of the 10 countries where terrorism increased the fastest in the 2019-2020 period are in Sub-Saharan Africa.[2] Data of the same index show that ISIS, one of the most effective terrorist organizations in the world, is trying to regain influence in the Middle East, in South Asia and mostly in Sub-Saharan Africa. In this context, one could foresee that Africa as a whole, with different forms of violence and conflict dynamics, will constitute one of the most important items in the global security agenda in the upcoming decades.

It is observed that a major part of the conflicts in Africa tend to take place or intensify in areas of strategic importance[3]. Following a major discovery of natural gas reserves in its northern regions in 2011, Mozambique, which has received an investment amounting 20 billion dollars by the French company Total for liquified natural gas, currently has the second largest gas reserves in Africa and stands as an example in this regard. The natural gas reserve discovered in the Cabo Delgado province in the north of Mozambique, which made the country one of the richest in Africa, has caused many international companies to turn their attention to this region. Major companies such as Total, ENI, and Exxon Mobil are investing in the region, although the investments have slowed down due to terrorism and the global pandemic.[4] For example, the investment made by the French company Total in the north of Mozambique—one of the poorest countries in the world—is Africa’s largest private investment amounting 20 billion dollars[5] and is seen as a beacon of hope for the future.[6] This investment, which stood out as the most important foreign investment in the country, was frozen, however, due to terrorist activity and also in accordance with France’s grand Africa strategy.

Having gained its independence from Portugal in 1975 and experienced a civil war between 1976-92, Mozambique had a 25-year period of non-conflict after the civil war. Nevertheless, it frequently made headlines in the international arena because of the terrorist activities of Ansar al-Sunna[7], which emerged in 2017 and intensified its activities in several years. The movement, which used to exist as a religious group that fled to Mozambique from Kenya toward the end of 2015 and restructured itself by joining the radical Salafist youth there, started to take up arms in the north of the country.[8] The terrorist group carried out its first recorded act in October 2017, when a group of 30 members killed 17 people, including 2 policemen, in the Mocimboa Da Praia region of Cabo Delgado province in north of the country and since then, Cabo Delgado has been among the world’s conflict zones. In this process, the group also maintained its dominance on the field for a certain period of time; and by using the socio-economic problems in the country to its advantage, it significantly expanded its manpower pool with promises of job and money. There are figures of Somalian- and Tanzanian-origin besides Mozambicans in the administration of the organization. More than 50 of the 400 people evaluated for membership in the organization came from countries such as Tanzania, Kenya, Uganda, and Somalia. As part of its frequent methodical attacks on civilian elements, the organization burned thousands of houses, workplaces, schools, places of worship, government buildings, killed thousands of civilians, and succeeded in taking some parts of the country under control from time to time through terrorist attacks. It is estimated that Ansar al-Sunna is responsible for the death of more than 2,500 people[9], the forced displacement of more than 700 thousand people[10], and for the severe starvation that nearly 1 million people suffered from[11]. This problem in Mozambique continues to grow and is becoming with each passing day a more significant issue of humanitarian crisis, international terrorism and natural resources, and also lays the groundwork for the intervention of international actors in the region. The security threat in the country has regional and global repercussions due to both the external links of the organization and the forced migration, adding a rapidly-deepening international dimension to the issue.