Turkey - Saudi Arabia – Qatar Cooperation for Syria and Its Effects 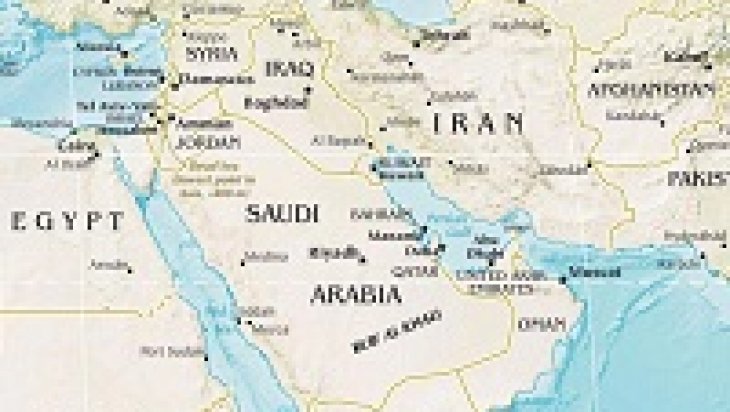 In 2013 and 2014, the Syrian regime has enjoyed relative success in defense and initiated an offensive stage. In 2015, on the contrary, it is understood that it is almost impossible to quell the uprising through military means. The opposition has made significant gains in the northern and southern fronts in Syria. The regime, which was about to encircle Aleppo, now faces losses around the city and Idlib. With the loss of Idlib, the province of Latakia, which is crucial for the regime, is under a grave threat. In the southern front, the opposition makes advances around Dera’a, Damascus and along the Lebanese border.

The change of balance is the Syrian Civil War can be attributed to several factors. Above all, the regime’s military superiority in a region is by no means permanent. When the regime establishes control in a region, fighting re-erupts in another region, and the opposition groups recapture the areas taken by the regime. Under such conditions, the Syrian army faces difficulties in terms of renewing its capacity and keeping the morale of its troops high. The second reason is the return of the Shiite militias to Iraq after the Islamic State of Iraq and Syria’s (ISIS) advance from the second half of 2014 onwards.

The critical factor behind the Syrian opposition’s advance is the change of government is Saudi Arabia and the related change of approach in its foreign policy. Under King Selman’s rule, Saudi Arabia seems to understand that it can no longer tackle its security problems in domestic and foreign policy with old methods. The new foreign policy of King Selman has two elements, as such active foreign policy including the use of hard power, and new alliances against the increasing Iranian influence in the Middle East.

Iran achieved superiority against Saudi Arabia in the competition for regional influence thanks to the success of its proxies in Iraq, Syria and Lebanon in recent years. The last straw for Saudi Arabia was the victory of Iran-supported forces against the Saudi-backed central government in Yemen, which Saudi Arabia considers its immediate zone of interest. Therefore, Yemen has been the first testing ground for Saudi Arabia’s aforementioned new foreign policy approach. Saudi Arabia, going beyond mere financial support, has undertaken responsibility and the leadership of the military operation against the rebels in Yemen.

It was Turkey that came to the fore in efforts for reshaping regional alliances. President Recep Tayyip Erdoğan’s visit to Riyadh on February 28, on the occasion of King Selman’s invitation, has started a new period in the relations, which suffered tensions following the military cup in Egypt. The chances for the success of Saudi Arabia’s new foreign policy approach require joint efforts along with Turkey and Qatar.

Saudi Arabia’s new foreign policy approach has been put to action in Syria after Yemen. In fact, Turkey, Saudi Arabia and Qatar have adopted a similar approach toward the Syrian regime, since the beginning of the popular uprising. Nevertheless, anti-Assad approach was the only factor uniting these three countries in Syria issue. Even though some joint steps were taken, each country has sought to fight against the regime through the opposition groups that they backed. The Syrian opposition has presented allegiance to the states or non-state actors, from which they received financial and military assistance. That was the foremost reason for the emergence of the fragmented military opposition in Syria.

The biggest change in the beginning of 2015 is the opposition groups’ decision to act together against the regime in the northern and southern fronts. The Damascus Front in Aleppo and the Army of Fatah in Idlib have made significant gains. The foremost factor behind this union is the joint approach towards regional problems adopted by Saudi Arabia, Turkey and Yemen. As the lack of coordination among the parties fighting for regime change in Syria was the major cause of the fragmented opposition, efforts for regional coordination has become the major cause of the alliance among the opposition groups.

The coordination of Turkey, Saudi Arabia and Qatar’s Syria policies has two aspects. The first is promoting or compelling the opposition groups to set aside issues among themselves and unite. It is within this framework that the Turkey visit of Zehran Allush, leader of the Jaysh al-Islam, one of the strongest opposition groups in Syria that receives direct support from Saudi Arabia, should be assessed. The second aspect is increasing the financial and military aid to the opposition.

The rising Iranian influence in the Middle East is the primary factor that led these three countries to a coherent Syria policy more than four years after the popular uprising had begun. Even when this shared anxiety is no more, they may continue cooperating. That is because Saudi Arabia, Qatar and Turkey urgently need a change in Syria, regardless of Iran.

It has been proven that the unity in act brings about military superiority against the regime. Therefore, it is highly likely that cooperation will deepen and continue. There might even be increasing efforts for forming a united front among the groups that receive support from these three countries. The opposition’s success will encourage Turkey, Saudi Arabia and Qatar for further assistance to the opposition groups.

The New Situation in Syria and Political Solution

The new military balance in Syria will bring about political consequences. Above all, negotiations will revolve around the new balance. The opposition will have strengthened their hand before the Geneva III Conference to be held soon. The regime might be convinced that it cannot end the civil war through military means.

Therefore, changing military situation may facilitate political solution in Syria. Despite all these, Saudi Arabia-Turkey-Qatar cooperation is unlikely to have a decisive effect on the Syrian civil war. It is probable that the current deadlock will continue unless a new factor enters the equation in Syria. The decisive factor may emerge as a result of the U.S. and Russian Federation’s policies. Nevertheless, there is no sign for a long time that these two powers will make a critical change in their Syria policies.

The U.S. is likely to favor the close cooperation of these countries in Syria. For a long time, it supports a political solution in Syria, claiming that military solution is impossible. Therefore, the U.S. would welcome the three countries’ coordination for it might facilitate a political situation. On the contrary, some of the advancing opposition groups are viewed as terrorist groups or “extreme Islamist” by the U.S. It might be concerned about the “new alliance” in Syria.

These groups, which have the capacity to strike a balance against the regime, will likely be more radical if they are excluded. In this sense, these groups should be integrated, rather than being excluded, in order to secure a success against the regime.