What does Turkey expect in Idlib? 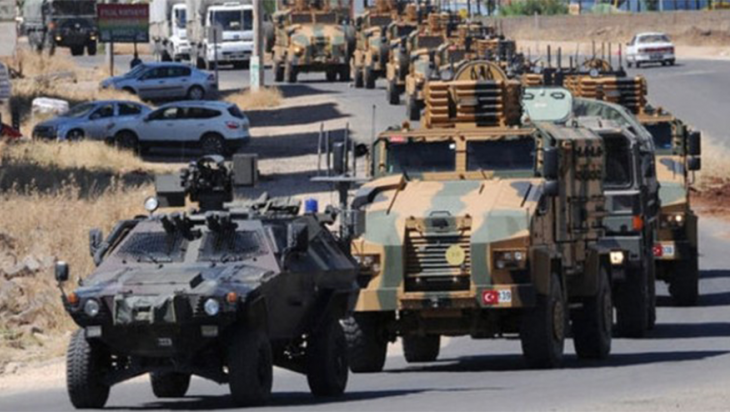 One of the fundamental reasons for the Astana process is the hope to draw clear lines between the radical and moderate armed groups in Syria, to eliminate the radical groups by showing collective efforts and then to reach a political solution through a ceasefire between the regime and the moderate opposition groups. Idlib comes forth as one of the biggest problems in putting this plan into practice because Idlib is the biggest geography that the opposition groups keep under entire control and al-Nusra Front is way ahead of others as the most powerful armed opposition group in this region. However, some of the groups in Idlib take part in the Astana process and it is not possible for Russia to impose a punishment on the entire province. Therefore, a distinction should be made first between the radical and moderate groups in Idlib.

It is vital for Turkey that the Idlib question be concluded without being instrumentalized by different actors since Idlib is likely to face mass destruction and the intervention of external powers in the future if Turkey does not take initiatives in Idlib. Developments that will  make it possible for YPG to gain ground in Idlib might be triggered even though this is a low possibility. The risks which will rise for Turkey in such a case are apparent. Above all, nearly three million Syrian civilians live in the province according to certain statistics. In case of a potential conflict, Turkey will be the first destination of this population. This means that new problems will arise for Turkey which has to bear the burden of three million Syrians almost on its own. Secondly, there are a large number of radical fighters in Idlib and efforts will be focused to shift these elements which do not pose any security risks for Turkey for the time being, towards Turkey in case of a potential conflict. This will lead to the opening of a new chapter among the security threats already existing in Turkey. Furthermore, if Turkey does not take initiatives regarding Idlib, the influence and even the control of Turkey in Idlib which is to its close interest might be lost to the external powers or actors that may pose threat to Turkey. For these reasons, it has become obligatory for Turkey to make a preventive move.

Although Turkey wants Idlib to be controlled by the moderate opposition groups it backs, it does not possess the instruments necessary to achieve this at the moment. Above all, al-Nusra Front is at an extremely powerful position and has a central administration system unlike the other opposition groups. Moreover, there is no unity among the opposition groups which have maybe more fighters than al-Nusra Front. In such case, the efforts to eliminate al-Nusra Front in Idlib will necessitate major humanitarian and military costs. For this very reason, Turkey primarily tries to establish the appropriate conditions by acting warily even though there is an increasing pressure on it.

Turkey has lately been trying to put a multi-step strategy in practice in the fight against the radical groups in Idlib. The first step of this strategy is to ensure that Hayat Tahrir al-Sham  (HTS) which is the roof organization formed under the leadership of al-Nusra Front will be weakened/disintegrated from inside. Within this framework, efforts are focused to separate some groups acting together with al-Nusra Front from HTS. As a result of these efforts and the emergence of the belief among several groups that al-Nusra Front does not have a future anymore, separations have started to be seen in Tahrir al-Sham. Nur al-Din Zangi and Gogel Kafranbul groups forming Tahrir al-Sham have announced that they have separated from  it. HTS received one of the biggest blows in mid-September when former influential Ahrar commander Abu Saleh Tahan announced that he separated from HTS together with 6 thousand fighters under his command. Shuhada al-Ghab and some other small groups which were important HTS compounds announced again that they separated from it at the end of September. Upon these separations, it can be assumed that al-Nusra Front has largely returned to the starting point.

The second step of Turkey's Idlib strategy is to secure the unification and strengthening of the moderate camp. Within this framework, efforts are made to unite the dispersed FSA groups under one roof. At the end of August, the influential religious leader of Syrian Islamic Council called the FSA groups to be united under the name of "National Army". As of the end of September, the FSA forces succeeded in being largely united upon the decision of 44 out of 63 opposition groups to join the National Army and with Turkey's support. This new structuring is considered to build a possible balance with HTS rather than helping with the efforts of the opposition groups to gain strength against the regime.

Despite the efforts to weaken HTS, the moderate camp still has a weak military position in the current distribution of power. Therefore, external intervention seems necessary in any case in order to weaken the radical groups in Idlib. Within this framework, considerably critical decisions were taken in the Astana meeting held on 15 September. At the end of this meeting, Turkey, Russia and Iran compromised on the borders of the de-escalation zone in Idlib and those who would protect this zone. According to the news also reflected in the press, 500 soldiers from each of the three countries will be deployed at the checkpoints to be set up on the de-escalation line and they will control the ceasefire. However, this initiative is not sufficient on its own in the fight against HTS since what is foreseen at this point is not to fight HTS. For the time being, it is planned to be settled only in the outer periphery of the de-escalation zone and to limit HTS. It is evident that more military engagement is needed in the fight against HTS.

At this very point, there are signs showing that Turkey makes military plans in Idlib. Since the third week of September, the Turkish Armed Forces have intensely deployed soldiers around Reyhanlı and Cilvegõzü border gates opposite Idlib on the Syrian border. As a response to this, HTS has sent a high number of military vehicles accompanied by convoys, to Atmeh and Bab al Hawa border gates on the other side of the border. It appears that the tension increases gradually between the parties and it may imminently turn into a close combat. It this happens, it is possible to mention about two possibilities regarding what kind of operation Turkey will carry out. First, it may be a military operation limited to Bab al Hawa border gate and the surrounding area. In such case, the purpose would be the formation of a de facto safe zone against the migration wave mentioned in the first part and the infiltration of radical fighters, the cessation of the control at and around the border gate which is one of the most important aces up the sleeve of HTS and the limitation of the organization by surrounding it both in the north and in the south. As a second possibility, efforts may be focused on the opening of a safe line in order to ensure that Turkish army can reach the de-escalation line in the southeast of Idlib. In this case, Turkish Armed Forces will have to engage in a more comprehensive military operation, leading to a higher risk of conflict with HTS. Turkish army is supposed to act together with its allies in the field in both cases.

Having regard to Russia/Iran/Regime camp, Idlib is a more serious problem than they imagine they can handle at this stage. The triple alliance is focused on the Deir ez-Zor-based war in the east of Syria and the best solution is to at least suspend the Idlib question at this stage. However, Turkey does not have much time to take initiatives in Idlib and the pressure on Turkey increases day by day with the latest Russian airstrikes in Idlib. If Turkey takes the plunge into a conflict and gains military success, Turkey's area of influence may be formed similar to that of the Euphrates Shield in Idlib where it is already influential. This will further strengthen Turkey's hand in the Syria question. Secondly, Turkey will be able to minimize the Idlib-based risks mentioned in the first part. Thirdly, Turkey which cooperates with Russia and Iran in Syria and fulfils its own responsibility may make sacrifices in the fight against YPG. In this respect, the first possibility that comes to mind is Russia's military presence in Afrin. However, it should also be kept in mind that the military operation in Idlib could cost high. Although HTS has recently been likely to lose power, there are still thousands of  motivated fighters. The most strategic regions of Idlib is under HTS control and most importantly, HTS has no escapeway. Despite all these risks, it can be said that the possibility of Turkey's military engagement in Idlib has increased since Putin's visit in Ankara.