What is Next for PYD/YPG in Syria?: Manbij Operation and the Aftermath 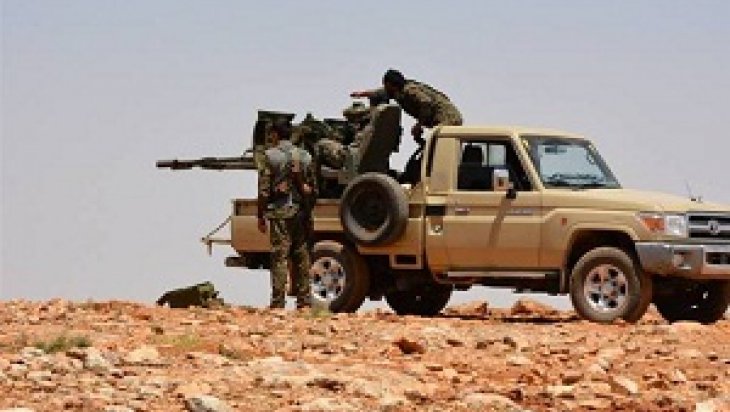 PYD/YPG continues to advance rapidly in Syria with US air support. PYD has never hidden its intention since the outbreak of the civil war: forming a region with geographical and administrative integrity in northern Syria and allowing it to gain a political status. In the analyses made in that period, it was considered very difficult due to the demographic structure in northern Syria. There are three disconnected pockets in northern Syria, where Kurds live. Arab- and Turkmen- majority populations live in the areas between these pockets. PYD/YPG indicated that its strategic targets were the regions between these three zones, when it took control over the Kurdish regions in July 2012. There are two prominent settlements in this sense. One is Tel Abyad which will link Jazira to Kobanî and the other is Azaz-Jarablus line which will ensure integrity between Afrin and Kobanî. The rise of ISIS in Syria gave the opportunity which the PYD/YPG expected and the US-backed organization captured Tel Abyad, a predominantly Arab settlement, in June 2015. Therefore, the only obstacle before the final aim was Azaz- Jarablus line. However, Turkey declared that the YPG’s advance on this line was a red line, and responded to the attempts of the organization to advance from Afrin to Azaz with artillery fire.

The USA approaches the conflict in northern Syria only from the perspective of fight against ISIS. The US-YPG cooperation was deepened after the success in Kobanî, and US Special Forces fight ISIS now, along with YPG members in the field. However, as the USA considers YPG’s advance only from the perspective of fight against ISIS, it neglects Turkey’s sensitivities. The USA seeks to find a balance between Turkey and its target in northern Syria but Turkey’s expectations are considerably neglected in this search for alternative strategies. The formula of the USA to clear ISIS away from the west of Euphrates is as follows: Creating a structure called “Syrian Democratic Forces” (SDF) including YPG members, local Arab and Turkmen groups. That is to say, not YPG but SDF advances on Azaz- Jarablus line. However, the information received from the field shows that the majority of the SDF members belong to the YPG and that Arab fighters are few in number and under the YPG command. Turkmens are only perfunctorily represented.

Turkey prefers that the Syrian opposition take control on the Azaz-Jarablus line. The groups which Turkey supports on this front and which act together against ISIS, were united under a single group called “Havar Kilis Operations Room” in March 2016. The opposition advanced towards Azaz-Jarablus line in April and May. Turkey and Syrian opposition aimed to advance on Jarablus, village by village and take full control over Azaz-Jarablus line. The oppostition passed beyond Cobanbey (Al-Rai) earlier in April 2016 and came closer to Jarablus, the final target. Nevertheless, this success did not last long and ISIS reclaimed Cobanbey with the support of the forces from Raqqa on 11 April. The ISIS advance against Syrian opposition strengthened the hands of the USA and the latter helped the SDF/YPG move towards Manbij.

Manbij operation was launched in June and the center of Manbij has been sieged by YPG/SDF with US air support since early July 2016. However, the city center has not yet been captured even though the siege is completed. Manbij and al-Bab are the largest cities where ISIS has strong control in that region. Probably for this reason, ISIS shows resistance in the city center even though it is easy to advance with air support in rural areas. However, it is uncertain how long ISIS, which has been cut from outside support, will resist. It is said that the operation is carried out by Manbij Military Council. Neverthelessi the local sources indicate that 6000 fighters participate in the Manbij operation in total and only 1000 of them are of Arab origin and the rest are the members of the YPG. Even though disputes continue about the figures, there is no doubt that the YPG has the command.

One of the arguments to reduce Turkey’s reactions to Manbij operation is that the YPG would withdraw from the region and the local members would take control after ISIS is cleared away from the city. Nonetheless, it is almost impossible that YPG will withdraw from Manbij, considering that the YPG declared these regions as its strategic target since the outbreak of the civil war and is fighting to control Manbij. The PYD and YPG have already launched their attempts of administrative and political organization in this region long before Manbij operation was launched. They also indicated that after it was taken, they would include Manbij in the federation, which they unilaterally declared. The PYD called Azaz- Jarablus line “Shahba canton” and the assembly formed for the Shahba held its first congress in Afrin on 28 January. This congress was organized by TEV-DEM, the roof organization of the PYD and YPG and Shahba Autonomous Administration was finally announced. In order to overcome the obstacles created by the demographic structure in Azaz- Jarablus line, they started producing false facts which did not reflect the reality in the field. According to such disinformation campaign, the people in Shahba region included Kurdish population by 60%, Arab population and Turkmens by 20% each. Furthermore, it was indicated that Kurdish population was denser in this region in the pre-ISIS period; that ISIS forced them to migrate and that Kurds would settle in these regions again after they were liberated. Therefore, let alone the withdrawal of YPG from Manbij, it may be expected that YPG will attempt to change the demographic structure in Azaz- Jarablus line in order to consolidate its power as in the previous examples.

The next target for the YPG may be al-Bab in case it controls Manbij. Al-Bab and Manbij are the two largest cities in the region. The control of Manbij will clear the way for al-Bab. Therefore, the PYD/YPG will try to link Afrin to Kobanî from the south of Azaz. Azaz may primarily remain as a sub region in between due to Turkey’s reaction. ISIS will lose power in Azaz- Jarablus line after the Manbij operation and will have to move its forces towards al-Bab. This may allow Syrian opposition to advance on Turkey-Syria borderline. The first signals are seen in this sense. Syrian opposition started to advance in Azaz- Jarablus corridor on 21 June and it reclaimed Cobanbey. The opposition will try to reach Jarablus before YPG/SDF. However, this may not happen due to the unwillingness of the USA to provide air support. In this case, the USA may push YPG/SDF to Jarablus in the following period as it did in Manbij. The reaction that Turkey will give is important at this point. Turkey had limited influence in the developments in northern Syria after the outbreak of the crisis with Russia. However, the convergence between Turkey and Russia may enhance the opportunity and capacity that Turkey will have in northern Syria.