2018 Assessment of Iraq: Where to After ISIS? 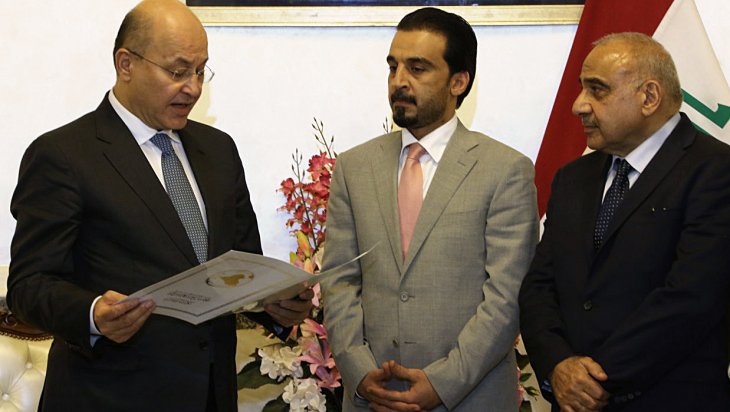 On 9 December 2017, Iraq’s former Prime Minister Haidar al-Abadi announced the end of the almost three and a half years of fighting ISIS and 2018 marked the beginning of a new era for Iraq as a year of elections.  Despite the military fight with ISIS coming to an end, the marks of the war remained apparent in Iraq, where the most important event of the first part of 2018 was the election held on 12 May 2018. Both the process before the election and events that took place afterwards, including the process of establishing the government occupied Iraq as the most important item on the agenda. In addition, parliamentary elections were held in the Iraqi Kurdish Regional Government (KRG) on 30 September 2018. The position of political groups before both elections proved that Iraq had entered a new process after the defeat of ISIS.

A political crisis occurred in Iraq after objections to electoral results announced after the parliamentary elections held on 12 May 2018, on grounds of vote tempering. The protests that began especially in the south of the country and centred around Basra and then spread to other provinces seem to have ushered in a new crisis in the country. In demonstrations centred around Basra, the people protested both the government and local administrations for the lack of public services, corruption, low living standards and unemployment. While protests stalled for a time, they gathered pace once again in December 2018. This affected the process of establishing government and marked the demise of Haidar al-Abadi, who was hoping for a second term in office as prime minister.

On the other hand, the ISIS took action again amidst the political turmoil and increased its capacity for action in Iraq from the second half of 2018 onwards. June-November was the period that saw the most civilian losses in the post-ISIS process. With the founding of a new government under Adil Abdulmehdi in October, November saw the lowest civilian losses in 2018. This is an important piece of data for showing the parallels that run between politics and security in Iraq. At this point it would not be wrong to say that for much of 2018, Iraq was focused on elections and the new government.

The elections marked a cornerstone for Iraq, as they were the first elections to be held after ISIS. ISIS had established control over a part of Iraqi territory in June 2014, soon after the parliamentary election on 30 April 2014, which led to a government being formed under extraordinary circumstances. While ISIS’ control over Iraqi territory ended as of the end of 2017, the marks left by ISIS have had important influences on politics. The power vacuum in security and politics experienced in Iraq during ISIS’ control over some of its territory has brought about the increased effectiveness of new actors such as al-Hashdi al-Shaabi in these fields. On the other hand, despite the end of the fighting with ISIS, there was no significant undertaking for the reconstruction of areas liberated from ISIS and no great progress was made on the return of 4.5 million people displaced by ISIS. This has negatively affected the participation of the people in politics. The election on 12 May 2018 took place with 44.52 per cent participation, the lowest in Iraq since 2005. Iraqi media have claimed that the figure does not reflect the true rate of participation, which was actually lower.   The low participation level may be seen as a sign of the people’s loss of confidence in politics and elections.  The Sairun Coalition, led by Muqtada al-Sadr achieved unexpected success in the election, coming out as the top party. The Nasr Coalition, led by Haidar al-Abadi came in third place, performing lower than expectations.  The Fatah Coalition, consisting of representatives of Shiite militia groups and led by Hadi al-Amiri achieved significant success by coming in second place. The electoral victory of Muqtada al-Sadr, who stayed away from sectarianism, put emphasis on the Iraqi identity and country and even advanced liberal discourse may be seen as a reflection of the demand for change of the Iraqi people.  Before the election, Muqtada al-Sadr had followed a rather different political line before the election, visited Saudi Arabia which has been accused of supporting many terrorist groups and activities in Iraq, sent out mild signals to the USA and distanced himself from Iran. Although there was debate over the election results, as a general trend, Muqtada al-Sadr’s approach was accepted by the Iraqi people. The same approach was evident in the Basra-centred protests and other than anti-Iranian chants by demonstrators, the Iranian consular-general was set on fire by protestors. This has led to the emergence of a new dynamic in Iraq for both domestic and foreign policy. As no group secured a coalition with a majority in parliament that would allow it to establish a government alone, the figures that came to the fore were those who many groups would not object to, even if they did not completely agree with them. Nevertheless, the new President Berham Salih, Speaker of Parliament Mohammed Halbusi and Prime Minister Adil Abdulmehdi have caused problems among groups at the micro-political level and have perhaps had a transformative effect on the basic dynamics of Iraqi politics. Despite it having become customary for the President to be elected from among Kurdish groups in Iraq and until now the PUK candidate being the only candidate, before Berham Salih’s election there were problems between the KDP and the PUK and the KDP nominated Fuad Hussein as its candidate. Similarly, there was a tug of war between the KDP, the PUK and other parties following the election in the KRG held on September 30th for the positions of deputy prime minister and speaker of parliament. Other groups have experienced similar issues. Sunni Arabs disputed against one another before the election of Mohammed Halbusi and different groups put forth different candidates. Disputes over the appointment of Adil Abdulmehdi and other ministers continue. While the Turkmen were excluded from the process, groups continue to manoeuvre against one another. As of December, despite seven months having passed over the election, none of the candidates outlined for five ministries, including defence and internal affairs have been approved by parliament and the cabinet is not complete. While previously the government establishment process began after all positions were set out and agreements were made, this time the government establishment process became an open contest. This could be said to be the beginning of a new process in Iraq in 2018. It could be said that Iraq has still to overcome the crisis of 2018. It is possible for the effects of the 2018 crisis in Iraq to linger in 2019. ISIS, which remobilised in the second half of 2018 with the power vacuum caused by the government crisis and the spread of Basra-centred protests could carry out terrorist attacks in 2019. In addition, it may be said that while 2018 was the year of politics, the lack of an agreement on the 2019 budget, the weak course of redevelopment activities in regions liberated from ISIS despite the procurement of funds at the Rebuilding of Iraq Conference held in Kuwait in February 2018 where Turkey pledged USD 5 billion and the inadequate course of the return of refugees could lead to new political, economic and social crises.