A Difficult Test for The Iraqi Government: Discussions Over Federal Region in Basra 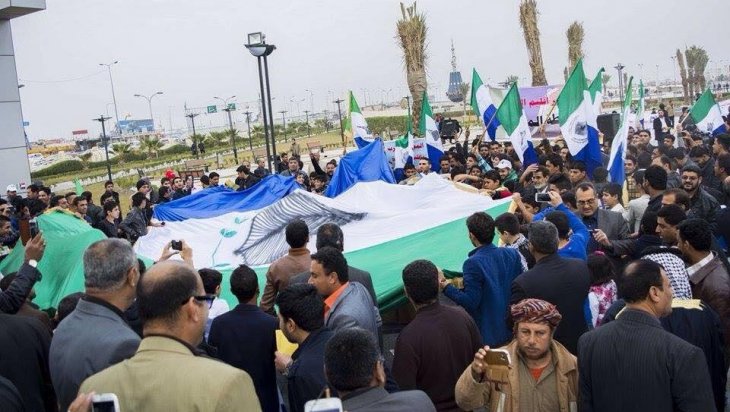 Basra, which is one of the most controversial cities in Iraq lately, once again became the main topic of conversation with the Basra Provincial Council voting on April 2nd 2019 to demand the creation of a federal district and fuelling heated discussion in Iraq. Protests in Basra after the elections to the Council of Representatives of Iraq on May 12th 2018 had also remained as a topic of conversation for a long while. As political negotiations to establish a government continued, demonstrations against the lack of public services, corruption, low living standards, unemployment and similar problems against both the central government and local governments began in Iraq’s southernmost Basra governorate and spread to Baghdad. Dozens of people were injured and lost their lives during the protests. In addition, offices of Shiite militia groups, public institutions and even the Embassy of Iran were targeted and set on fire. Statements of Ayatollah Ali El-Sistani, the highest authority of the Shiite faith in Iraq, which justified the protests, encouraged the people and they put up strong resistance against the government. However, the popular discontent was lowered with the passing of the summer months, promises given by the government after its establishment and more Shiite religious authorities taking a special interest in Basra and making short term investments. Nevertheless, short term investments cannot solve problems in Basra or in Iraq in general. For this reason, it would be accurate to say that the people of Basra are in search of a permanent solution.

In fact, it would be better to define this decision of the Basra Provincial Council as a manifestation of the search for a permanent solution by people of Basra. It would be appropriate to say that Basra, aside from being the third largest city in Iraq after Mosul, is the gateway between Iraq and other countries. In this sense, Basra, which is the only seaport of Iraq, can be called Iraq’s centre of economy and trade. Aside from the trade being carried out through Basra, oil resources in Basra and its vicinity also contribute to the commercial characteristic of the city. It is calculated that the oil extracted in Basra provides between 65 to 70 per cent of the Iraqi budget and together with other trade in the city, Basra’s contribution to Iraq’s budget approaches 80 to 85 per cent. Basra is Iraq’s main source of revenue. The protests in Basra last summer, which had broad repercussions, and other similar protests over the previous years, have revealed that Basra does not receive enough services and support to this day. The disproportionality of its contributions to the budget and the lack of services is no longer an acceptable situation for the people of Basra. Within this context, people, tribes and some political groups in Basra have started to take action towards making Basra a federal region and ensured that the Basra Provincial Council adopted the said decision.

It must be said that this attempt in Basra is nothing new. After being federally restructured in 2003, the year when the US invasion of Iraq took place, the topic of Basra becoming a federal region within Iraq was brought on the agenda for the first time in 2004.However, federalist demands are not limited to Basra, but are also made for Maysan and Nasiriyah. At the time, the Supreme Council for Islamic Revolution in Iraq (SCIRI), which has since removed the term “revolution” and was founded by the most powerful Shiite family of Iraq, Al-Hakim, had loudly advocated for a federal region. This party split into two before the 2018 elections and it former leader, Ammar al-Hakim, formed the Al-Hikma Movement. During the period when demands for a federal district first emerged, it was termed the Southern Region and it was planned to transfer some of the revenues from the provinces of the region directly to the regional government to achieve a higher standard of living. It is known that together with the SCIRI, one of the strongest parties in Basra, the Islamic Virtue Party and some of the Sadr group supported the “Southern Region” project. The SCIRI extended this project to include all southern provinces of Iraq in 2005 and advocated for the project strongly. However, the Iraqi Prime Minister of the time, Nouri al-Maliki, stood against the proposal since he did not want to lose his control over southern Iraq. The project caused a division between Shiite parties and started a debate on Baghdad-centralism and regionalism. However, the debate was put aside to maintain group unity among Shiites.

Nonetheless, unrest has emerged once more in Basra, because of security problems in the country, political chaos and failure of infrastructure and superstructure investments due to poor administration and ongoing conflicts. Clashes in Basra left their mark on the campaign, which was started by Nouri al-Maliki against Muqtada El-Sadr and included military operations. For this reason, the people of Basra have once again started to work towards a federal district. This time, plans about Basra becoming a region on its own were put forward and one MP, Wael Abdul Latif, gathered 35.000 signatures for Basra to become a district and applied to the Iraqi central government. However, the government overlooked the petition. On the other hand, even though there were some attempts by both the provincial council and Basra MPs in 2014 and 2015 for Basra to become a federal district, these got no results. This was because Basra’s demands fell of the agenda as ISIS created significant chaos throughout the country and the main agenda of the government led by Haidar al-Abadi, which was established after this chaos, was counter-terrorism.

However, Basra is once again back on the agenda after the territory under ISIS control was recovered by the end of 2017 and elections were held on May 12th 2018.It is possible to say that politics centred on Basra, which was rekindled with the protests against the government during the summer months of 2018, will be heard of more in the near future. Under these conditions, it is obvious that temporary solutions will no longer bear any results in Basra. The fact that the decision to apply to make Basra a federal district was taken with 20 for, even though the Basra Provincial Council could have rightfully applied with only 12 members for, shows the strong will of the people of Basra behind this decision. More importantly, it is known that not only politicians in Basra, but also tribes and most of the people support this decision. It is even possible to encounter banners such as “Welcome to Basra District” or a flag of the Basra District (three blue, white and green vertical stripes, together with an image representing oil between two branches of a date palm placed on the white stripe)In fact, this flag was frequently unfurled during the demonstrations to support the decision of the Basra Provincial Council.

It may be said that the people of Basra openly and strongly support the establishment of the Basra Federal Region, unlike at the time of previous political demands. Even though the Shiite religious authority Ayatollah Ali al-Sistani, who stood against the previous attempts claiming that the attempts would cause division of the country, remains silent for now, it seems that this time the attempt for Basra to become a federal region is stronger than before. Both the attitude Shiite authorities will display regarding Basra and the reaction of the Iraqi central government could be significant in determining the future of the country. This is because if Basra becomes a federal region, the sharing of oil resources and revenues of the country may cause new discussions and may also ignite the fuse in Kirkuk, the status of which is under dispute. Considering that other provinces such as Mosul, Tikrit and Anbar, which are home to concentrations of the Sunni population, had voiced demands to become federal regions in the past, it is possible that there will be new attempts which may cause the state in Iraq to be restructured. In case Basra gains the status of a federal region, Iraq may enter a new phase and the already-struggling government in the country may collapse altogether, hurling the country into instability. It can be predicted that the matter of Basra is one of the biggest tests awaiting Iraqi Prime Minister Adil Abdulmehdi.