A General Outlook on the post-2011 Period: The Changing Position of the Egyptian Army 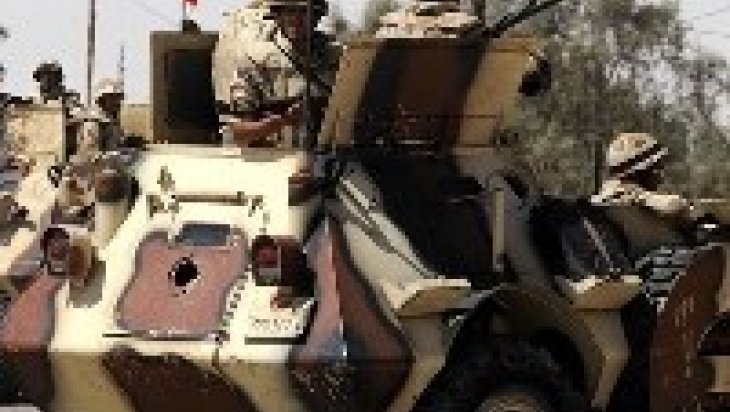 The Egyptian army has been in a wide transition since 11 February 2011. Contrary to the expectations and allegations put forward by optimistic approaches in the last three years, this transition process has brought the Egyptian army into a stronger and more efficient position in Egyptian politics than it was in the past, and this position has even become stronger for now and generally been consolidated.

On 11 February 2011, when Omar Suleiman declared that Mubarak resigned as President and “handed over” power to the Supreme Council of the Armed Forces; it brought great happiness in advance both in the streets of Egypt and also in the world public opinion as they believed it was a “big revolution”. Then, the happiness led to a big optimism after Morsi forced the top generals of the Supreme Council of the Armed Forces to retire right after the “judicial coup”. The optimism was mainly resulted of the passive image of the Egyptian army, which withdrew from politics and was not directly involved in transition process, underlying the crisis of judicial coup that took place following the presidential elections. However, it became clear in the 3 July coup that the optimistic approach does not correspond with the reel politics.

The army in Egypt has redefined itself in a “supra-political” position in the last three years. The Egyptian army, which was one of the partners, or mentors in other words, of the regime until 2011, was positioned not as a party in the political arena in the post-Mubarak period; but as the only tutelary-patron. The Egyptian army had directly been within the authoritarian regime since 1952, namely since the Free Officers established the republic in Egypt after toppling the King. The fact that all presidents of the State have been from the army so far clearly puts forward this relationship. However, the authoritarian regime in Egypt differs from the traditional military regimes which only focus on military bureaucracy. A regime, which is composed of a quite strong civilian bureaucracy besides a military bureaucracy in which State is both patron and party, describes the pre-2011 Egypt better.

In post-2011 period, on the other hand, the State-party unification disappeared. Especially distribution of unearned income through party, which can be considered the most important pillar of the patron state, and the political sphere dominated, by a single party came to an end. However, whilst the authoritarian state structure was not demolished, it is in the process of restructuring and repositioning itself in line with those changes. The most successful actor during this transition process has been Egyptian Army. This period can be reviewed in three periods, which are revision; repositioning; and consolidation.

The first period which is the revision period covers the process between 11 February 2011 and August 2012, namely the period between the resignation of Mubarak and Morsi's forcing considerable number of high-ranking generals, along with the head of Egypt's Supreme Council of the Armed Forces Tantawi, to resign. The most important characteristic of this period is the fact that the transition started under the control of the Egyptian Army. One of the most important developments during the controlled transition process is the dissolution of the former ruling party or National Democratic Party (NDP) on April 16, 2011. Thus, the Egyptian army showed that it would reshape the future of Egypt over other foundations than the party-State tradition. But it would be wrong to assert that those new foundations are based on democratic principles. What is endeavored to be done through the Egyptian Army especially in the first period is; to sacrifice some institutions becoming idle in order to protect the future of authoritarian regime and State; and to restructure authoritarianism in order to reach a new social agreement between the society, authoritarian regime and State. While a radical transition was not among these objectives, the most important reason why the Egyptian Army forced Mubarak to resign was to prevent the possibility of radical transition. Especially the fact that the current constitution remained in force as a result of the 2011 Constitutional referendum with the support of the Muslim Brotherhood and Salafis without being revised strengthened the hand of Egyptian Army on the one hand; and led to a disguised and loose alliance between military-Islamists on the other hand. However, as is seen, the alliance ended in the first major crisis since it was not based on long-term interests. The most important consequences of the revision period were image of authoritarian regime by making artificial and cosmetic changes. Through this cosmetic change, institutions of the authoritarian regime gained time to gather strength, rather than becoming weak. Institutional reforms were not made in judicial, security and intelligence institutions, as well as other state institutions; and what is more, even the senior officials did not leave their seats.

Another important characteristic of this period is that; an illusion, promising that the elections would pave the way for a legal and peaceful political environment based on consensus under former legislation and regulations in the country, was created. The fact that a provisional constitution, electoral law and civil society law were not enacted during the revision period brought along the transition's ending up in favor of authoritarian structuring. All in all, status quo tendencies, institutions and laws shaped the revision period.

The second period of the transition process started with presidential elections, judicial coup and Morsi's forcing considerable number of high-ranking generals, along with the head of Egypt's Supreme Council of the Armed Forces Tantawi, to resign. The army was no longer the actor of the first period especially after the high-ranking generals were forced to resign; and began to redefine itself in a supra-political position. For instance, the army did not resist Morsi’s decision to elimination of high-ranking generals and Tantawi, and so that caused perception of that the army was growing weak. But as a matter of fact, the army was not excluded from the process; on the contrary, it continued to shape the transition as an actor in shadows. In the new constitution of Egypt, which is currently postponed and planned to be revised, the gains of the army during the Mubarak period were not only protected, but also the privileges that had been entitled verbally were guaranteed by the Constitution. In addition to the assurances which make it possible for military bureaucracy to expand towards the civilian sphere such as civilians' being tried in military courts; the Constitution paved the way for Egyptian army's forming three commissions and thus also made it institutional.

Even though the Muslim Brotherhood, Freedom and Justice Party, Salafi parties and opposition parties come to the forefront in the repositioning period, the dominant actor of this period is the loose alliance between the Army-Islamists. While this alliance narrows the realm of activity of Islamists, namely Muslim Brotherhood and Salafis; it also served to create an understanding that the army also agreed to change and for the army to have major gains in basic laws. Furthermore, the army's presence behind the scenes put all the responsibility of main problems and crises in the country on Morsi and his cabinet's shoulders. During the same period, the army remained behind the scenes and repositioned itself in the politics and economy of the country. After Morsi came into power, Egyptian army's position went through a transition from being a “side” in politics into a supra-political “regulatory” status. The Muslim Brotherhood and Salafis couldn't resist to this situation, and implicitly accepted.

The third period which started with the coup staged on 3 August 2013 points out the stage where the opposition also recognized and consolidated the supra-political status of the army. At this point, it is uncontroversial that the playmaker in the Egyptian politics is the Egyptian Army. This situation might be forced to change through the push of a large pro-change civilian alliance in the long-term. However, in the short and medium term, the Egyptian army became both a designated authority to apply in political and economic deadlock, and also the highest authority defining the boundaries in political, economic and social fields.