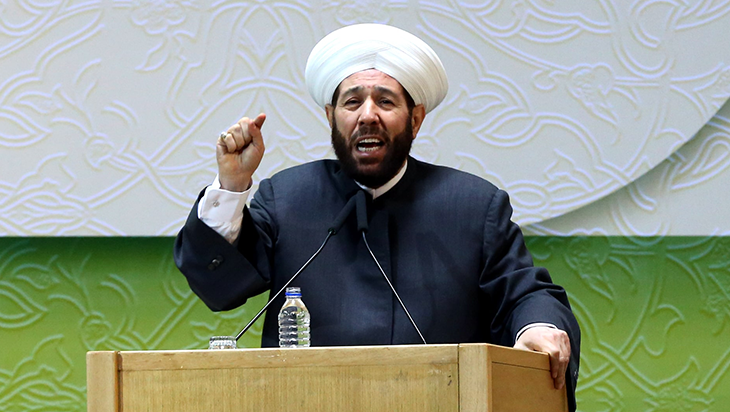 On the fifteenth of November, Bashar al-Assad issued Legislative Decree No. 28 regarding amendments to the Council of Jurisprudence Scholars and the transfer of powers of the Grand Mufti to the Council, while also amending its structure. This decree came after an official statement by the Council on the eleventh of November, in which it rejected the previous statements of the Grand Mufti Ahmed Badr Al-Din Hassoun and his interpretation of a Quranic verse during the funeral of the Syrian singer Sabah Fakhri. The statement, which did not name Hassoun personally, refused what it described as “a distorted interpretation of the Qur’an for a personal interest,” comparing it to the distorted interpretation of the takfiris. This statement is of great importance as it carries, for the first time, a public criticism of the religious institution of the Grand Mufti. This is in addition to the new decree that paves the way for a new reality that radically changes the role and structure of the religious institution in Syria.[1]

The position of the Grand Mufti is the highest religious jurisprudence authority in Syria since its independence in 1946 until now. This position, which remains under the control of the Sunni sect to which the majority of the Syrian people belong, has been appointed by the President of the Republic since the adoption of the constitution in 1973. Before 1973, the selection of the Mufti was carried out through election by the Fatwa Council of the Ministry of Awqaf. Historically, the position of mufti was held by several sheikhs, mainly from Damascus, the last of whom was Sheikh Ahmed Kaftaro, who was chosen as the mufti in 1964 and remained in his position until his death in 2002.

After Kaftaro’s death, Bashar al-Assad appointed Sheikh Ahmed Hassoun to the position of mufti in 2004. Ahmed Badr al-Din Hassoun hails from a well-known religious family in the city of Aleppo, and he held the positions of Mufti of Aleppo and member of the People’s Council before being appointed to the position of General Mufti in 2004. However, this appointment raised eyebrows and doubts among the religious class in Syria about Hassoun’s eligibility to occupy such a high position, mainly because Hassoun holds a doctorate in Arabic from Al-Azhar University but not in Islamic sciences or jurisprudence, and he does not enjoy high popularity, even in his city of Aleppo, compared to other sheikhs whose fame exceeded Syria, such as his predecessor, Sheikh Ahmed Kaftaro, or Saeed Ramadan Al-Bouti and others.

At the beginning of the uprising in Syria in 2011, Sheikh Hassoun took a position in support of the regime and attacked the demonstrators, at a time when a number of religious scholars began to openly criticize the regime and leave Syria, such as Sheikh Karim Rajeh, Sheikh Ahmed Ratib Al-Nabulsi, and Sheikh Sariya Al-Rifai. Al-Hassoun’s aggressive and undisciplined statements made him lose more popularity, such as his categorical rejection of any criticism of the army, describing the military institution as infallible, or his public threat to Western countries by saying that there are suicide bombers ready to launch suicide attacks inside countries in the event of a foreign intervention in Syria.[2] Hassoun recently topped his ill-conceived previous statements with his bizarre interpretation of Surat Al-Tin and Al-Zaytoun as the map of Syria and that Hell is the fate for those who have left Syria.

The Decree of the Council of Jurisprudence Scholars and its impact on the religious institution
The Council of Jurisprudence Scholars was established in 2018. However, since then, the Council has not appeared before the public except in this recent case when it issued its statement rejecting the remarks of the Mufti. Information about its members or its functions remained unclear until the issuance of the recent Decree 28, which, in addition to providing more general information about the Council itself, also expanded the powers and members of the Council. According to the Decree, the council consists of 44 members and is headed by the Minister of Endowments. It includes thirty scholars representing all Islamic sects, in addition to five female scholars and several members representing young imams, Sharia faculties, minister’s deputies, and the Sharia judge, in addition to representatives of the Christian sects.[3] The decree also indicated the Council’s decisions are taken unanimously or by majority. The new decree abolished the position of the General Mufti and the position of the Mufti of the provinces and attached all the functions of the Mufti to the Council.

This Council, which is expected to appear more publicly in the future through Fatwas and religious ceremonies, can be considered the culmination of major changes in the religious system in general in Syria in the past ten years. Historically, the sheikhdom, or the religious leadership of the Sunni sect in Syria, from the beginning of the French occupation until the beginning of the rule of Hafez al-Assad, was associated with a class of clerics from different schools of Fiqh, generally united by the Sufi legacy of the Ottoman Empire’s religious leadership. This class of clergy allied itself with the urban bourgeoisie in Syrian cities such as Damascus, Aleppo, Homs, and Hama, resulting in a powerful unofficial authority that was able to survive despite the rise of political ideology and the ensuing military coups between 1949 and 1970.

With the arrival of Hafez al-Assad to power in 1970, he was able to adapt this alliance to maintain popular support for his rule by weakening and alienating clerics with positions and ideas opposing the ideology of the Baath Party or hostile to religious minorities, such as Muhammad Surur Zain al-Abidin and Muhammad Nasser al-Albani, and by supporting the sheikhs interested in religious education and spreading religious morals away from any ideology opposed to the ruling authority. After the Iraq war, the regime allowed sheikhs affiliated with Salafism to preach in Syria and even recruit fighters to fight against US forces in Iraq. This policy by the regime led to the emergence of constant competition between the clergy and the sheikhs of the Sufi orders to reach the largest number of supporters.

With the start of the Syrian revolution in 2011, the clerical class no longer owed allegiance to the regime alone, as many sheikhs and scholars began to break away from the regime and join the ranks of the revolution, and then the armed opposition factions and even ISIS, while the influence of the clerics who remained loyal to the regime weakened for several reasons, including the death of some famous sheikhs and the limited popularity of others who inherited the leadership of traditional religious schools. This weakness prompted the regime to use a new strategy to deal with the religious authorities in Syria. The security services, in cooperation with the Ministry of Endowments, re-formed a new class of clerics whose mission was to mobilize support for the regime in its war against the opposition and to promote propaganda about the “conspiracy against Syria,” as the regime put it.[4] The regime has also institutionalized religious networks, such as its use of the Qubaysiat group, a female religious initiative spread among middle-class and wealthy women in Damascus and its countryside, by giving them more freedom in religious teaching.[5] And the regime also used Muslim scholars in negotiations with the local opposition forces to reach truce and reconciliation agreements, such as Sheikh Bassam Dhefdha’a in Eastern Ghouta and Muftia Mohamad al-Afyoni in the Damascus countryside. Therefore, the establishment of this council is a continuation of the institutionalization of religious authority in Syria and links it to a plan to unify religious work in favor of pushing the regime’s propaganda, in addition to mitigating competition between clerics by representing each group within the council without discrimination, with the abolition of the positions of the general mufti and the mufti of the governorate.

On the other hand, the effects of establishing the Council and increasing its powers go beyond the Sunni sect to include the rest of the sects. For the first time, the decree gives explicit representation of Islamic sects, such as Alawites, Ismailis, Shiites, and Druze within state institutions since its establishment. The religious leadership of the other Islamic sects has always remained opaque and unknown to Syrians of all sects, as the official or unofficial media do not show the religious celebrations of other sects and the clergy are absent from television screens. For example, the names of clerics from the Alawite and Shiite sects remained unknown to a large segment of the Syrian population, while the Syrian Shiite community’s affiliation, whether for Najaf or Qom Seminaries, also remains unknown. But the reason was not sectarian hatred from the general public, but rather the Assad regime’s policy of keeping sectarian identity to its minimum. However, this policy began to change in recent years with the spread of social media and the rise of sectarian identity among the Syrian people.

However, the appointment of clergymen from other Islamic sects may also result in additional issues that may shake the structure of the sects. These may witness an internal competition between clerics to gain access to the council. For example, something in this regard is already occurring with the semi-split in the religious leadership of the Druze sect between Sheikh Al-Aql Hikmat Al-Hijri and the sheikhs of the shrine of Ain Al-Zaman Youssef Jarbou and Hammoud Al-Hanawi.[6] The regime’s policy on the various administrative appointments is based, primarily on loyalty to the regime, and also on social and sectarian balances, and thus will affect the choices of council members. In addition, the historical permanent competition between the security services, which was later increased by the Russian-Iranian competition in Syria, may play a decisive role in fuelling the competition over the council's membership.

All of these factors place a great deal of importance on the Council of Jurisprudence Scholars and its impact on religious authorities in the future. It also raises more questions about the fate of the traditional Sunni clerical class and their future role in the state and society, and about whether the council will grant a greater role to clerics from other sects. However, given the regime’s dictatorship and the iron fist around all aspects of the state and society since 1970, which increased after the beginning of the Syrian revolution, this step cannot be considered as the Assad regime’s abandonment of its extreme centralization or a new secular trend. Rather, the regime adapted to the challenges imposed by the Syrian revolution and the changes that occurred in the clerical class and their relationship with the people, thus trying to deal with the crisis in a different way.

[3] SANA, President al-Assad issues Legislative Decree (28) to strengthen the role of the Jurisprudence Scientific Council and expand its powers, November 15, 2021 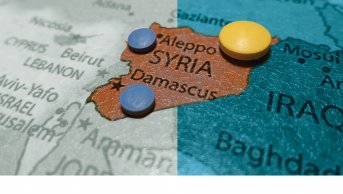 Suhail al-Ghazi | 10.01.2022
Cases of detection of huge shipments of Captagon pills inside commercial goods coming from Syria are increasing in a number of regional and Arab... 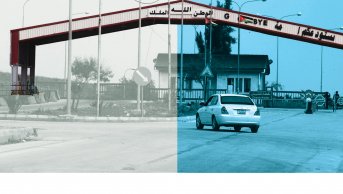 Suhail al-Ghazi | 02.11.2021
On the 3rd of this September, the Jordanian Royal Court announced that King Abdullah II had received a phone call from Syrian President Bashar... 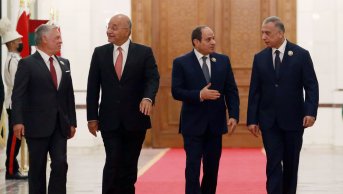 An economic deal with a political agenda: Power supply plan for Lebanon

Suhail al-Ghazi | 02.09.2021
Sidelined from international politics for years, the Syrian regime is re-engaging in regional deals as Washington seeks to limit Iranian... 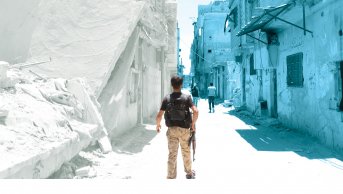 Suhail al-Ghazi | 19.08.2021
The geographical location of southern Syria is the most important cause of conflict in and around the region, which borders Israel and Jordan,...