Debates on Military Intervention in Syria 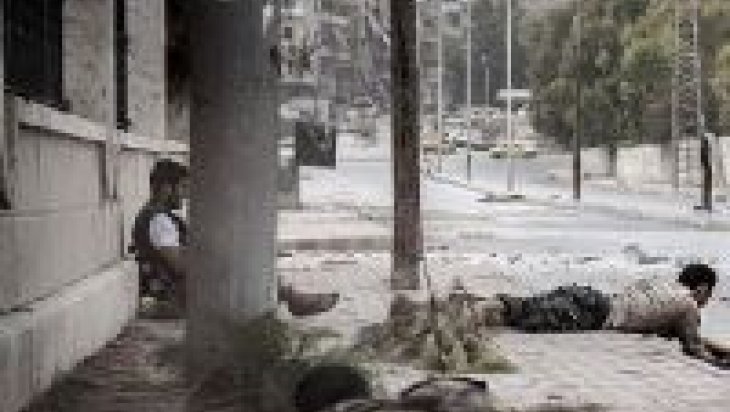 The chemical weapons attack that took place in the suburbs of Damascus, the capital of Syria, on Aug. 21 might open a new stage in the civil war that has been going on for two-and-a-half years.

The US previously declared that any use of chemical weapons in the civil war would be a red line. The allegation that more than 1,000 Syrians were killed as a result of the chemical weapons attack has led to speculation that the US will carry out a military intervention. US Secretary of State John Kerry's statements on Syria following the use of chemical weapons was perceived as a strong sign of a military operation against Syria. From this point forward, the US military operation in Syria is taken for granted. The main question would be what the size, nature and goal of the operation will be.

There has not been a radical change in the conditions that led to the US not carrying out a military intervention in Syria and its abstention for two-and-a-half years. Hence, it is expected that the attack will be limited to a few days and not aiming to topple the regime. The cruise missile strikes of warships are taken for granted, and also it seems probable that airstrikes will be launched. It is likely that chemical weapon facilities, air defense systems and some military targets will be hit during the intervention. But what matters most is the answer to the question “What is the tactical and strategic target of the military intervention?” The objectives of the US might be categorized under four main titles:

- First of all, to send a strong message to abandon the use of chemical weapons.

- Secondly, to help the opposition in terms of balancing the military superiority which has been in the Assad regime's favor in the field in Syria. The Syrian army gaining ground in Qusayr and Homs led to a shift of balance in favor of the regime. Neither toppling the regime nor oppressing the opposition is a preferable option for the US at this stage. Therefore, the US aims to stop the current process and establish a balance by carrying out a limited military intervention.

- Thirdly, to push the parties (especially the Assad regime) towards a political solution. President Bashar al-Assad was not disposed towards a diplomatic solution due to recent victories, or to make concessions as the party that has gained victory in the field, even if it came to the table. The intervention probably aims to pave the way for the Second Geneva Conference. It seeks to convince Assad to attend peace talks in Geneva under equal conditions with the opposition.

- Fourth, and more importantly, to break the backbone of Assad's strong military infrastructure. Today, everyone, including the US, is aware of the fact that control has been lost in Syria. One of the most important objectives is to keep the regional impact of the instability in Syria to a minimum. At this point, the missiles, chemical weapons and Russian-made advanced weapons of the Syrian army pose a threat for the security of the region. Those weapons being seized by a dispersed military opposition which is impossible to control, rather than their being under the control of Assad could be a disaster for the whole region, but especially for Israel because anti-Israeli ideology prevails in some groups within the Syrian opposition, at an even more radical level than the Assad regime. At least the Assad regime is controllable and mostly an actor that is expected to act rationally. However, the opposition poses a bigger risk in this respect. The US believes that the parties could fight with less threat to the region if Syria's powerful weapon systems were eliminated.

The US administration has already stressed that the military intervention does not aim to topple the regime. The stance taken by Russia confirms the assumption regarding the aforementioned objectives of the US, because none of the objectives listed above would be opposed by Russia. As a matter of fact, considering that the US and Russia recently reached an agreement on a diplomatic solution in Syria, one should not expect that Russia will strongly object to a military operation of the US within the framework of aforesaid objectives. If the objectives of the intervention are those listed above, then it comes to mean that the civil war in Syria will continue. Moreover, it might be suggested that the limited military operations of the US might continue depending on the situation in the field.

The intervention might turn three states in the region into targets. Syria and its allies are highly unlikely to directly retaliate against the West, the US in particular. Therefore, they might resort to punishing Israel, Turkey and Jordan, which are the allies of West in the region, in various ways. Hence, it is possible that Turkey could come under attack after an intervention in Syria. Considering the general method of defense of Syria and Iran, it is highly likely that an indirect attack will take place, rather than a direct attack. There are certain possibilities regarding this issue. Firstly, carrying out terrorist acts like the one that took place in Reyhanlı, which would result in massive loss of life and cause public unrest. Secondly, carrying out non-physical attacks on the political, diplomatic, economic and social presence of Ankara in neighboring countries. The third possibility is sabotaging Turkey's Kurdish initiative. And the fourth possibility would be attempting to spread sectarian conflicts, the strongest conflicting dynamics in the Middle East, to Turkey. The fact that the 920-kilometer-long Turkey-Syria border is composed of plains, except for the Hatay-Yayladağ part, the permeability of the border due to the policies implemented in the recent period increases the possibility of attack. Thus, Turkey should immediately take measures to increase border security.