Iraq, Turkey, Mosul and the Unseen 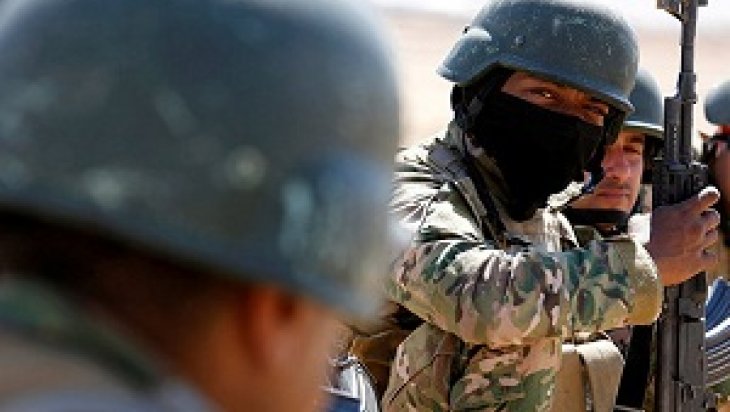 "We will not allow the dream of Ottomanist Turkey to come true."

This has been continuously seen for a while as caption on the Al Iraqiya TV, state television in Iraq. Iraqi central government tries to increase the public tension regarding Turkish presence in Bashiqa.

The purpose is to antagonize the Iraqi people towards Turkey. In 2003, 1 March Mandate which would allow the US soldiers to invade Iraq by using Turkish territories was rejected by the Grand National Assembly of Turkey, which is still not forgotten by the Iraqi people. They even find their own leader responsible for most of the difficulties they went through. Iraqi leaders point Turkey as a target in order to get rid of this responsibility.

How did it get to this point? What is behind the Bashiqa crisis? What is the interest of real powers in Iraq such as the USA and Iran in this crisis?

Preparations are almost completed for the operation in Mosul which is the last large province in Iraq under the control of ISIS which has been influential in Iraq since 2014 and lost a large part of territories in 2015 and 2016. As the Mosul operation which is planned to be launched in the second half of October approaches, the debates become more intense. There are still uncertain points even though it has been declared that the USA, Erbil and Baghdad have reached a compromise regarding the parties which will participate in the operation.

As these uncertainties continue, a decision of 7 articles indicating that Turkey's transboundary mandate was not accepted in the Iraqi Parliament on 4 October has been signed and Turkey has been defined as occupying power in Bashiqa. Even though this decision is not binding, this incident has brought Turkey-Iraq relations, Turkish military presence in Bashiqa and the purposes of the real powers in Iraq to the agenda anew.

Indeed, this issue started to be indicated as a problem by the Iraqi government and referred to the United Nations (UN) after the change of duty on the Bashiqa Base in December 2015. President Recep Tayyip Erdoğan said that "the people in Mosul should save Mosul and the people in Tel Afar should save Tel Afar" by underlining the regional balance and the social structure in Mosul. This statement received a lot of reactions. Iraq even applied to the UN Security Council requesting that a decision should be taken against Turkey.

It will be useful to look at the real powers in Iraq which now have controversial ruling force, in order to give a meaning to these discourses against Turkey.

The “Reform Group” which has been formed in the Iraqi Parliament under the leadership of Iraqi former Prime Minister and current Vice President Nouri al-Maliki who has strong relations with al-Hashd al-Shaabi and its militia and which includes almost 100 deputies from different groups causes serious pressure on Prime Minister al-Abadi.

Indeed it is known that the Reform Group has led to the dismissal of Iraqi Defence Minister Khaled al-Obaidi and Finance Minister Hoshyar Zebari. This group has even drafted a motion of no confidence for Iraqi Minister of Foreign Affairs Ibrahim al-Jafaari for its submittal to the Iraqi Parliament. It is said that the Reform Group may even make a move to overthrow Haider al-Abadi at the end of this process.

On the other hand, the Reform Group is also behind the decision taken against Turkey in the Iraqi Parliament on 4 October. Therefore, Prime Minister al-Abadi is attentive to get on well with al-Hashd al-Shaabi and the Reform Group in order to maintain his position and avoid from falling into a political trap.

When we read the fine print of al-Abadi’s recent statements concerning Turkey, it is indeed important to consider whether he states that they want to engage in conflict with Turkey. However, the threatening statements of Iran-backed al-Hashd al-Shaabi and militia leaders about Turkey forces Haider al-Abadi to make harsh statements.

It is also possible to mention about the US pressure on al-Abadi. The USA does not favor a critical change in the regional politics before the presidential elections which will be held in November.

This compromise between the USA and Iran draws attention to the Iraqi Kurdish policy in different ways.

Iran tries to build a balance by using the PUK and Goran against Masoud Barzani’s party which has good relations with Turkey. The USA puts pressure on Barzani and commands the Kurdistan Regional Government (KRG) not to disturb the balance in its region and to compromise with Baghdad at the same time. Therefore, the USA and Iran come side by side anew even in different paths. It would be useful to remember that Iranian and American diplomats participated as observers in the meeting where Barzani’s presidency term was discussed, which was organized by the PUK and Goran in the KRG Parliament and caused a deadlock in the process in KRG.

The USA leads the political process and Iran maintains the balance in Iraq as of the current conjuncture.

However, this balance built on short-term interests may cause problems in terms of long-term consequences. Therefore, it is essential to take into account the sensitivity that Turkey shows in order to manage the post-ISIS period in Iraq.

Turkey is concerned that the participation of al-Hashd al-Shaabi in the Mosul operation will lead to new fractions even though ISIS is cleared away from Mosul. Ethnical and sectarian fractions which will be witnessed in Mosul may deepen the disintegration in Iraq.

The negative acts (usurpation, kidnapping, robbery, inhuman treatment etc.) which are also subject of the UN and international human rights organizations raise concerns in the regions such as Diyala and Tikrit under the control of al-Hashd al-Shaabi where there is a large Sunni Arab population. These acts even disturb the Shiite religious clerks. The fatwas that the highest Shiite religious authority in Iraq Ayatollah al-Sistani gives in this sense should be kept in mind. Turkey is also rightly concerned that the same consequences may be seen if al-Hashd al-Shaabi enters Mosul.

Why is Mosul important for Turkey?

Despite all these statements of Iraqi government against Turkey, Ankara does not seem to take a step back from its current position in the operation in Bashiqa and Mosul. Mosul means a lot to Turkey. In addition to its historical dimension, the power vacuum which may arise after the Mosul operation and those who will take control in Mosul are very significant for Turkey.

Especially the presence of PKK in the region poses a serious threat to Turkey. It is known that PKK has formed a de facto and military administration in Sinjar, in the west of Mosul. PKK tries to form an area of influence and use this region as a transition base in terms of connection between Qandil and PYD in Syria by using the local people in Sinjar (especially the Yezidi).

To speak more clearly, PKK tries to form a corridor starting from Qandil and reaching the Mediterranean. It is also known that PKK wants to attend the operation which will be launched against ISIS in Mosul and Tel Afar. This corridor that PKK wants to form overlaps the line that Iran wants to draw as regards the connection with Syria and Lebanon.

On the other hand, Turkey does not favor the disruption of social structure and the disturbance of political balance in Mosul. Mosul has different dynamics than the other regions in Iraq. It should also be kept in mind that Mosul is where ISIS emerged. It is a widely accepted fact in Iraq that especially the negative policies which put pressure on the Sunnis during the term of Nouri al-Maliki caused ISIS to gain ground in Mosul.

Therefore, Turkey is concerned that the participation of al-Hashd al-Shaabi in the Mosul operation will lead to new fractions even though ISIS is cleared away from Mosul. Ethnical and sectarian fractions which will be witnessed in Mosul may deepen the disintegration in Iraq. It is highly possible that this disintegration will trigger new conflict dynamics. In this case, new power vacuums may emerge in Iraq.

Turkey is basically concerned that PKK, ISIS or other terrorist organizations will fill the power vacuum that will emerge in Iraq. The most important example of this is the process in Sinjar, in the west of Mosul. Even though the district center of Sinjar has been cleared from ISIS, Iraqi central government is still not powerful enough to govern this region. Therefore, PKK has undertaken the de facto and military administration. This situation is one of the most important drawbacks that Turkey considers regarding the Mosul operation.

The emergence of power vacuums in Iraq will negatively affect Turkey's national security, as well. Turkey does not favor the emergence of power vacuums and the imbalance in the political and social structure. Turkey is a state which has international responsibilities. While Iraqi government does not perform any attitude towards PKK which has invaded its own district Sinjar and disregarded Iraq's sovereignty, it is unreasonable that the government has developed an "occupying" discourse towards Turkey.

Turkey adopts an attitude which clearly supports Iraq's territorial integrity and political unity. Iraq takes actions with regard to these delicate issues, which is of critical importance to the future of the country. Turkish presence in Mosul is not the violation but the guarantee of Iraq's sovereignty.