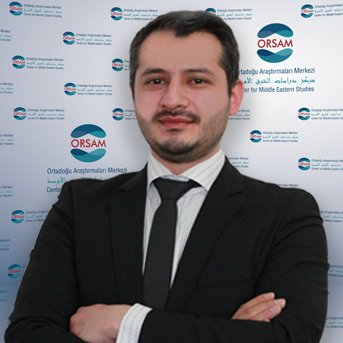 Kaan Devecioglu, born in Ankara in 1991, is a 2014 graduate of Turgut Ozal University, Ankara with a Bachelor’s degree in Political Science and International Relations. He earned his Master’s degree in Political Science and International Relations from Ankara Yildirim Beyazit University with the thesis: “The Political Economy of Turkey and African Relations: The Case of Sudan”. He won an Erasmus scholarship in 2016 and took courses in political economy, peace-conflict studies and political Islam in the Middle East at the Faculty of Economics, Law and Social Sciences at the University of Erfurt, Germany.

Devecioglu worked as a deputy coordinator at the African Coordination and Training Center, a project of the Association of Researchers on Africa. He is currently pursuing a PhD at the Department of International Relations at Istanbul Medeniyet University. His articles and book chapters have been published in international peer-reviewed journals and his analyses and opinions have been published in Anadolu Agency, Daily Sabah, TRT World, Yeni Safak newspaper and many international publications. Kaan Devecioglu’s work focuses on the Red Sea, North Africa, the Sahel, Sudan, Turkish foreign policy, political economy, and security. Devecioglu has a good command of English and is currently learning Arabic and French.