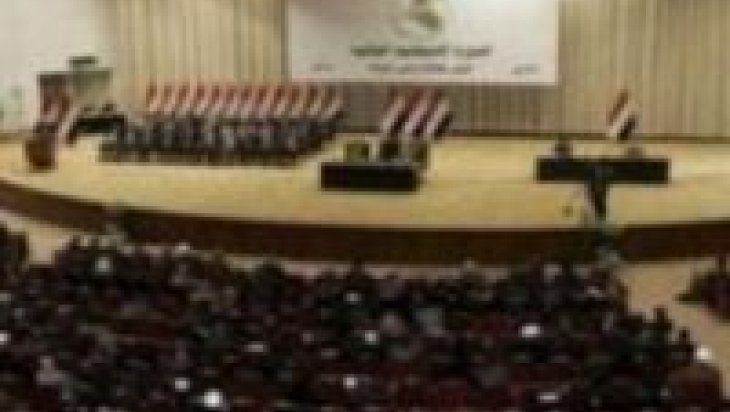 For the first time since the April 2014 elections, it seems that government formation process in Iraq is on the right track. While the formation process was expected to take place right after the elections, ISIS operations that began on 6 June 2014 caused a new turbulence in Iraqi politics and partition scenarios has come to the surface back again. In the meantime, while the criticism against Nouri al-Maliki, who insisted on running for the prime ministry for a third time, was on the rise, the Shia groups decided to support him due to the crucial fight against ISIS. However, this support was not enough to keep Maliki in his post. Fouad Massoum, who was elected as the president on 24 July 2014, did not give the task to form a new government to Maliki. As a response, Maliki insisted on staying in power and claimed that government formation task is his right as the leader of a group with 96 lawmakers. But, despite the support that Maliki received from the Shia and even Kurdish groups in the war against ISIS, he was rejected politically by all Shia groups. The dissent occurred even in his Dawa Party, as distinguished figures such as Ali al-Edip, Ali al-Allak, and Abdulhalim Zeheri rejected his bid for the prime ministry. Hence, the biggest political group of parliament, the Iraqi National Alliance, which includes the State of Law Coalition and almost all Shia groups proposed Parliament’s Deputy Speaker Haider al-Abadi as prime ministerial candidate with 127 lawmakers’ signature. The biggest group among signatories was Maliki’s Dawa Party with 38 lawmakers. In addition to this, Muqtada al-Sadr’s Al-Ahrar Bloc, Ammar al Hakim’s Muwatin, Ibrahim al Jaafari’s National Refom Movement, Fadhila Party, and independents under Hussain Shahristani’s leadership all supported al-Abadi’s candidacy. Furthermore, Shia authorities also supported Abadi’s bid. Thus, President Fouad Massoum gave the task to form a new government to Haider al-Abadi. Despite these developments, Maliki announced that he would not retreat and he will take the case to the court. Some even claimed that on Abadi’s appointment day, Maliki wanted to attempt a coup. While Haider al-Abadi began to work on government formation, on the night of 14 August 2014, Maliki suddenly announced his resignation and went on to state that he renounced his insistence for candidacy. Many were surprised by Maliki’s announcement in which he was saying that he does not want any political positions and he will support Abadi’s government formation process. Within this context, one can foresee that despite 750 thousand votes that Maliki received in April 2014 elections, his political profile will be in decline. Especially his tendency to act out of the National Coalition caused a great reaction even in his Dawa Party and some of his former allies within the party distanced themselves from him. Thus, his leadership in Dawa Party is at stake as well. Removal of his photos and information from Dawa Party’s official website is an interesting case that supports this argument.

Despite Abadi’s relative calmness with the support from the US, Iran, and Turkey for a united Iraq, there are still obstacles to overcome before government formulation. His choice for a majoritarian or national unity government will be a significant determinant in the process. Considering the fact that Abadi received support from all groups as a moderate figure, a national unity government has a high chance. Rather than international and regional support, Abadi’s reconciliatory moves in domestic policy will be significant in government formation. His negotiations with Shia and Kurdish groups, as well as integrating Sunnis to the system in an effective way, will determine his success.

Resolving the disputes within Dawa Party will be an important step for Abadi. It is quite possible that the party will have a leadership struggle after Maliki. Although Maliki announced that he will support Abadi, he could not obtain 53 lawmakers’ vote from the National Alliance’s 180 lawmakers. Abadi needs 165 lawmakers to be able to form a government, thus, receiving complete support from the Shia groups becomes a significant factor for him.

On the other hand, another determinant is Abadi’s approach to the Kurdish groups that sent signals of participation to political process after Fouad Massoum’s election as the president. Especially in Maliki’s second term, there have been numerous disagreements between the central government and Iraqi Kurdistan Regional Government (KRG) on such issues as the budget, energy resources’ export and revenue share, peshmergas, and disputed territories. For these reasons, Abadi’s engagement with the Kurds will have an effect on their decision to participate in the government.

Another critical dimension of this process for Abadi will be the Sunnis’ reintegration into the political system. Since June 6 operations, ISIS established a strong base especially in Sunni populated areas and received a high level of support from political groups and tribes of these regions. For this reason, Abadi must come up with effective ways to break their alliance with ISIS and reintegrate them to the political system. Offering new guarantees for giving political privileges to the Sunnis and leaving behind Maliki’s mistakes will be important steps to take. Otherwise, the Sunni groups might decide to go for non-political ways, as it happened during Maliki’s term which paved the way for ISIS operations.

In conclusion, one can say that government formulation process led by Abadi will face many difficulties considering international, regional and internal dynamics all together. Especially, position sharing within the government will be an important challenge. Even if Haider El Abadi forms a government, there will be many obstacles to overcome. The problems for a future Abadi government will include; preventing ethnic and sectarian politics, improving state’s institutional capacity, preventing corruption, fair budget distribution and improving people’s welfare, local politics’ reflection on general politics, and militia and uncontrolled armament. 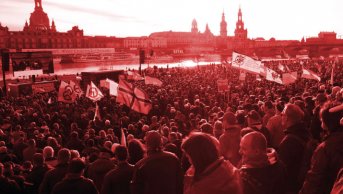 M. Enes Arslan | 27.02.2021
After the Second World War, a new order was established in Western Europe with the support of the USA, the leader of the Western side of the Cold...

Abdennour Toumi | 26.02.2021
Algerians are still wondering about the February 22, 2019 peaceful Hirak’s achievements and animosity. According to the realist analysts, a...