Quo Vadis in the Fight against ISIS: Is an Operation Against Mosul Possible? 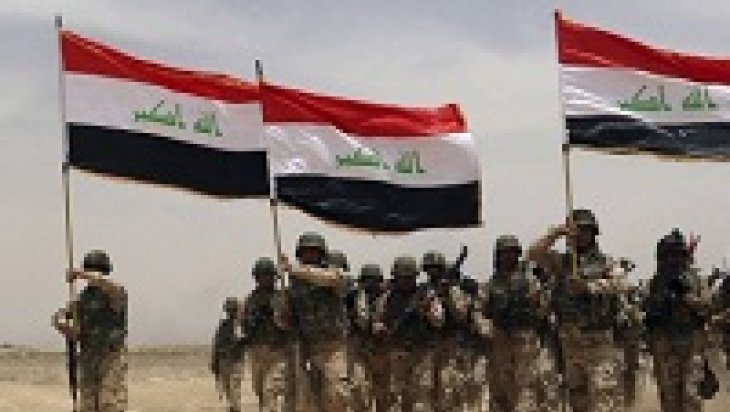 Recently, news about a prospective operation against Mosul, the ISIS stronghold since June 2014, has become topical on the international agenda. In the beginning of February, following the deployment of approximately 4,500 Iraqi troops to the Peshmerga base of Mahmur in the vicinity of Mosul, Iraqi Defense Minister Khalid Al Obaidi declared that additional Iraqi Army troops to be stationed around Mosul have been dispatched. These troop deployments stand out as a signal to an operation against Mosul, which was repeatedly proposed by some Iraqi officials but never initiated.

With the recapture of Tiqrit and Ramadi, the only major urban center controlled by ISIS in Iraq is Mosul. Yet, ISIS still exerts powerful control in the towns of Tel’Afar in Mosul, Hawija in Kirkuk, Fallujah, Qaim, Hadisah, Hit in Anbar, and Shirgat in Tiqrit. Nevertheless, the lines of communication between the ISIS-controlled pockets are not entirely severed. ISIS still controls the west of the river Tigris, which almost cuts Iraq in half from north to south. The uprising of some Sunni tribes is weakening ISIS in its own territory. As a matter of fact, a coalition comprising Jumayli, Halabise and Abu Alwan tribes started an armed insurgency against ISIS in Fallujah, the notorious Iraqi town known for its resistance against the U.S. invasion and strong ISIS support base. Recent news report sporadic but continuous armed clashes in the Shuhadah, Jobail and Nezzal neighborhoods of Fallujah. It is also reported that ISIS arrested approximately 150 members of these tribes after the clashes. In addition, rumors suggest that the Albu Namr tribe in the town of Hit in Anbar rebelled against ISIS. Albu Namr had fought against ISIS during the capture of Hit but had had to cease its resistance. It is a known fact that ISIS executed more than 700 people belonging to the Albu Namr tribe after it established control in Anbar.

Albeit being in a local scale, these uprisings strengthen the arguments that people are fed up with the practices of ISIS and show that ISIS is gradually losing its power. Following the capture of Ramadi by the Iraqi Army, there are rumors that ISIS started massing its troops in Mosul, thinning its numbers in the towns and villages across its territory besides Ramadi and Tiqrit where it loses its strength. In addition, the Iraqi army is trying to sever the link between the ISIS pockets and cut its supply lines. Therefore, it is possible that ISIS prioritized Mosul in order to maintain its link with Raqqa in Syria and reinforce its position in the city without losing the link between other regions and Mosul.

Although it is obvious that in the fight against ISIS, the prospective Mosul Operation is getting closer, it would be wrong to assume that a large operation will be conducted against Mosul in the short term. The Hashdi Shaabi forces comprising Iraqi security units, Peshmerga and Shiite militias have acquired the advantage against ISIS, though neither the political atmosphere in Iraq nor the security forces are ready for an extensive operation towards Mosul. Iraqi Prime Minister Haider Al Abadi is still under political pressure and the reforms he promised are still on the table. In this context, a government reform and a cabinet shuffle are the main issues in the political agenda, as Al Abadi handed over the responsibility to the Iraqi Parliament and hinted a potential cabinet shuffle on the condition that the political factions agree. Yet, besides the problems among the political factions, each faction has problems of its own. More clearly, all political parties that were allies in a Shiite, Sunni or Kurdish coalitions in the period before the 2014 elections have gradually grown distance among each other after the elections. At this point, it is not possible to talk of a unity within these factions, be it Shiite, Sunni or Kurdish, in addition to the problems among themselves. Furthermore, the crisis between Baghdad and Arbil is unresolved and the economy is in dire straits. Economic problems interrupt the solution of political crisis as well.

Also, an integral struggle against ISIS is not the actual case among the partners. There is no coordination among the groups fighting against ISIS, on the contrary, a serious tension is growing among the security forces and armed groups. As known, there is a crisis between the Iraqi Army and Hashdi Shaabi and some Shiite groups in Hashdi Shaabi refrained from supporting the operation for Ramadi. In addition, the group known as Hashdi Watani led by Ethil al Nujaifi, the former governor of Mosul, is preparing to take back the city and rejects the participation of Hashdi Shaabi in the operation. There are also problems between Hashdi Shaabi and Kurdish Peshmerga forces. At times, clashes are reported between the Turkmen forces of Hashdi Shaabi and Kurdish Peshmerga around Kirkuk and Tuz Khurmato. All these disputes cause uncertainty as to when, how and by whom the operation for Mosul will be conducted.

Consequently, an operation for Mosul is not likely in the short run. While a prospective operation would be difficult without clearing the surroundings and severing the supply lines of ISIS around the city, it is of vital importance that the tensions among the anti-ISIS armed groups should be overcome. In addition, a strong coordination among these groups must be ensured leaving no gaps. Besides, it is questionable whether the U.S. led anti-ISIS coalition that will support the operation for Mosul is ready or not. The coalition’s stress on Syria leaves the operations in Iraq in a weak state. Therefore, it is critical that the cooperation between the anti-ISIS coalition and the Iraqi security forces should be strengthened for the operation. Lastly, any successful operation will lead to other problems in the post-ISIS period, unless it is followed by the reconstruction of Mosul, and political and economic integration projects.