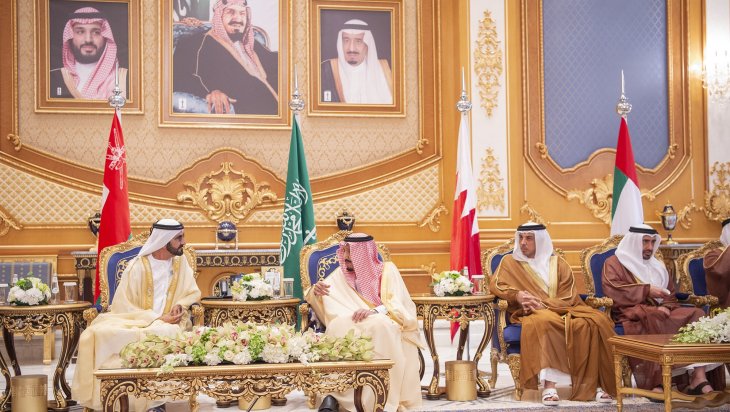 It has long been argued that the model of the economy, politics, security, and foreign policy built by the Gulf Cooperation Council (GCC) member countries on the revenues from the sale of oil and natural gas is unsustainable in its current form in the long run. Internal structural pressures such as the increasing domestic consumption dynamics of hydrocarbon resources, the increase of the young population, the problem of “voluntary” unemployment, the wasteful expenditure of economic resources, and the fall in oil prices undermine the welfare model based on the economic privileges that monarchies provide to their citizens in exchange for political legitimacy in these countries. In addition to these internal pressures, the regional geopolitical transformation triggered by the 2011 Arab uprisings brought the regime security concerns of the Gulf monarchies to the top. The need for transformation, especially focused on diversifying the economy, imposed by such internal and external structural pressures, has increased even more with the impact of the sharp decline in oil prices as of 2014. After this date, Gulf countries started to have large budget deficits.

Under these critical structural transformation pressures, Gulf monarchies have started to take various economic and social reform steps under similar "Vision" projects to adapt to changing conditions. These steps have gained momentum in Saudi Arabia, especially with the rise of Saudi Arabia's Crown Prince Mohammed bin Salman in domestic politics as of 2015. In general, the policies developed by the Gulf countries against similar structural pressures are also very similar. Gulf countries that try to ensure the transition to the post-oil period in the economy by guaranteeing the security of the existing regimes in a controlled manner, primarily aim to make a concrete contribution to the economy by providing active participation of the people in employment to replace the rentier welfare model, which constitutes the core of the social contract in the region, by diversifying their non-oil economies, as well as replacing them with a post-rentier structure where they can be taxed. This manifests itself as the monarchies seeking to reformulate the current social contract with the economic and social reform steps taken in accordance with the changing socio-economic conditions in a pre-emptive way in order to ensure the security of their regime. So, the dynamic aspect of these pursuits is to diversify the economy, create employment and attract investment to the country.

It can be said that this general trend in the region has caused the Gulf countries to give more priority to their interests and this has led to further exacerbation of the existing GCC economic competition. The economic conflict between Saudi Arabia and the United Arab Emirates (UAE) has recently come to the fore, as opposed to the competition between Qatar and Saudi Arabia and the UAE, which is also familiar here. At this point, Saudi Arabia's decision to attract the regional centers of international companies to the kingdom announced last month and Abu Dhabi's announcement that it will start Murban oil futures by the end of March have been the two prominent issues of economic competition between the two countries.

Abu Dhabi's Murban oil move
Abu Dhabi is opening a commodity exchange at the end of March where investors can trade crude oil using futures contracts. On February 24, the Abu Dhabi National Oil Company (ADNOC) and the Intercontinental Exchange (ICE) announced that the ICE Futures Exchange Abu Dhabi (IFAD) will begin Murban crude oil futures on March 29, 2021. It was announced by ICE in 2019 that IFAD will be established in partnership with the Abu Dhabi national oil company and nine major energy companies including BP, Shell, PetroChina, and Total.[1] This development means that Murban crude oil, which is considered to be the flagship of Abu Dhabi in the sector, is bought and sold from anywhere in the world at prices to be determined in the market.

This step is aimed to adopt Abu Dhabi Murban oil as a benchmark for the Middle East crude oil market by taking it as a reference in comparison to types such as West Texas Intermediate (WIT) and Brent. In this sense, the Asian market, where 90% of Murban oil is sold, can be considered to be the main target market.[2]

Murban oil, which makes up more than half of Abu Dhabi's daily oil production, stands out with its lightness and lower sulfur content than its counterparts as an element that facilitates refining. In addition to the quality and the fact that the price will be determined by the market by easily buying and selling on the market, another prominent advantage of Murban oil is that it is less vulnerable to geopolitical risks than its counterparts in the Gulf. Because the delivery point of Murban oil is Fujairah port, which is the only major oil export terminal in the region outside the Strait of Hormuz. This makes Murban oil more reliable in terms of energy transit and supply against the threat of cutting off the oil flow through the Strait of Hormuz, which is frequently mentioned by Iran as a result of the increasing tension between Iran and Saudi Arabia.

Saudi Arabia is one of the countries that will be affected the most by this latest development. Saudi Arabia meets approximately 10% of the world's oil production and is considered to be the hegemonic power of the oil supply in the region. This step taken by Abu Dhabi is expected to undermine Saudi Arabia's power over the oil market, which maximizes its profit by providing various controls such as determining the price and delivery and preventing its resale.[3] At this point, as of the end of March, Murban oil will be bought and sold more freely with futures contracts without route control and the price will be determined by the market again, which will differentiate Abu Dhabi from Saudi Arabia.

Although time will show how Murban crude oil will achieve a position in the market, it can be predicted that Murban oil will strengthen Abu Dhabi's position in the sector due to its advantages such as quality, delivery point, and easy purchase and sale in the market. This may weaken Saudi Arabia's control over the market and cause increased competition between the two countries and further wearing out of the shattering alliance.

It can be said that this latest development is a reflection of Abu Dhabi's policy that is more autonomous and observes its own economic interests. Saudi Arabia will likely be the actor most adversely affected by this development due to its current market position. However, it can be argued that Abu Dhabi did not make the Murban oil move to target Saudi Arabia and was mainly focused on its own economic interests. It is observed that Dubai, one of the two leading emirates of the UAE at the point of enhancing its economic competitiveness, accelerates its efforts to strengthen its position as a regional hub for finance and business while the other emirate, Abu Dhabi, which owns more than 90% of the country's oil reserves, is trying to increase its capacity to become a hub in oil trade.

Regional centers decision of Saudi Arabia
Last month, Saudi Arabia announced that, by 2024, the state-owned agencies, institutions, and funds of the kingdom will not do business with international companies that do not have a regional center in the kingdom. Although the content of the decision taken for now has great uncertainties, the main purpose of this step taken by Saudi Arabia is to contribute to the diversification of the country's economy and increase the employment in the country by attracting investment to the kingdom with various ‘carrot and stick’ methods. This step is in line with the economic and social reform steps taken in the country under the leadership of Mohammed bin Salman. Futuristic city projects such as’ NEOM ‘and’ LINE ‘and initiatives such as the’ Riyadh strategy', which aims to place Riyadh among the top 10 largest economic cities in the world, are part of the quest to attract direct investment to the country in this direction.

As a general picture, it can be said that this decision taken by Saudi Arabia was taken as part of a larger transformation to attract investment and diversify its economy in line with its own national interests rather than directly targeting any country. However, due to Dubai's position as the center/hub of the current business world, UAE seems to be the country that will be most affected by this decision. For this reason, it has been generally accepted that the focus of the analysis and news was made after the decision was taken, Saudi Arabia targeted the UAE and in particular Dubai. Although this decision was not taken directly to target the UAE and cause damage, if it is successfully implemented and produces results, it will indirectly affect Dubai's central position in the business world and the UAE.

Conflicting economic interests
The alliance of Saudi Arabia and UAE, which has been shaped by the perception of a common threat in the past 10 years, has been wearing out recently due to various political and economic factors leading to disintegration. One of the most concrete examples of this is the conflict between the two countries over the different political goals they have prioritized in Yemen. Besides this, it can be said that the above-mentioned decisions taken by Saudi Arabia and the UAE have increased the conflicts between the two countries that will wear out this alliance. Economic competition between these two countries, which are in similar structural pressures and transformation processes, has recently intensified especially with the effect of coronavirus and low oil prices. The main core of this competition is to get a bigger share from the regional investment/economic pie in the quest to diversify and strengthen the economy. This increases competition among Gulf countries trying to produce similar policy solutions to similar problems, and this trend will continue even more intensely. 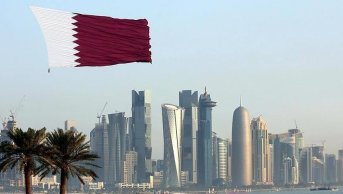