The Focal Point of Conflicts in Iraq: Kirkuk 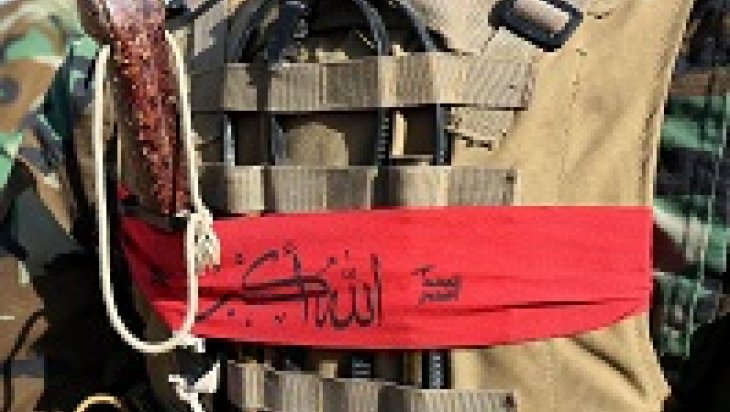 The ISIS came to the fore in the vicinity of Kirkuk after invading Mosul, captured some parts of the city, and then IKRG sent Peshmerga in order to ensure security in Kirkuk, which all caused the reaction of the majority of Turkmens who have concerns that the Kurdish influence will increase in Kirkuk. This situation has also increased the already-existing Kurdish-Turkmen tension.

The developments in Kirkuk during the process after the Islamic state in Iraq and Sham (ISIS) invaded Mosul in June 2014, put Kirkuk as the main item of the Iraqi agenda both in the fight against the ISIS and the process after the ISIS because the debates on post-2003 Kirkuk are seen to continue despite the ISIS. While the post-2003 ethnical, denominational and political disputes don’t end in Kirkuk, these disputes and even the conflicts have been seen to increase in the recent period. Moreover, the emergence of new actors and dynamics with the ISIS during this dispute and conflict period makes the Kirkuk issue more complicated. From this point of view, it is possible to say that the conflict dynamics in Kirkuk will play an important role in the future of Iraq when it is considered that the post-2003 Kirkuk issue affects the general political situation and security in Iraq and the conflict dynamics in Kirkuk may reflect on the general policy. That is why it is important to analyze the fight and conflict in Kirkuk and evaluate the possibility of conflict.

Ethnical and Denominational Conflict
Ethnically considering, it is known that there are three main ethnical groups: Turkmen, Kurdish and Arab. Apart from this, Sunnis live as a majority in Kirkuk while it is also possible to speak of a considerable Shiite population. Whereas Turkmens constitute large part of the Shiite population, it is possible to say that Turkmens give particular importance to their ethnical identity. On the other hand, it is possible to enumerate the reasons that start to make the denominational identity of Shiite Turkmens explicit. First, the ISIS came to the fore in Iraq and acted by putting emphasis on Sunnism. Secondly, the ISIS resorted to acts including even the massacre against Shiites. And then, the organization which emerged after the fatwa of Ayatollah Ali al-Sistani, the highest religious authority in Iraq, includes militia and volunteers and is directly under the influence of Iran, al-Hashd al-Shaabi (People’s Mobilization/National Mobilization Forces) became an active actor. However it is not possible to say that there is a denominational discrimination among Turkmens regarding the current situation. Thus, it can be said that ethnical identities constitute the fundamental dynamic of the conflict in Kirkuk. Especially in the recent period, the ethnical Kurdish-Turkmen tension has been seen to rise. The ISIS came to the fore in the vicinity of Kirkuk after invading Mosul, captured some parts of the city, and then the Iraqi Kurdish Regional Government (IKRG) sent Peshmerga in order to ensure security in Kirkuk, which all caused the reaction of the majority of Turkmens who have concerns that the Kurdish influence will increase in Kirkuk. This situation has also increased the already-existing Kurdish-Turkmen tension. Especially Kurdish people used their weight in Kirkuk and displayed a Kurdish flag on the Kirkuk Citadel, hauled down Turkmen flags in the city, unfurled Kurdish flags in front of Turkmen institutions and organize armed action in Nowruz celebrations, which could lead provocations. Finally, they opposed the appointment of Turkmen Abbas Taqi as the rector of Kirkuk University after a Kurdish professor, created trouble in Kirkuk University, conducted a raid in the rectorate building and forced Abbas Taqi to resign. Thus, Abbas Taqi had to resign and Kurdish Salam Xoshnaw was appointed in his place. On the other hand, Turkmen members of the Kirkuk Provincial Council decided to boycott the meeting after the explanation of Rebwar Talabani, Deputy Chairman of Kirkuk Provincial Council in the weekly meeting that “Kirkuk Provincial Council supports the direct armament of Kurdish people. The Kurdish-Turkmen tension in Kirkuk reached its peak after these incidents. In addition, it is also striking that Kirkuk governor Necmettin Kerim takes unilateral steps in favor of Kurdish people concerning the statue of Kirkuk. It shouldn’t be ignored that the Kurdish-Turkmen tension may turn into a conflict in Kirkuk if this attitude continues. However, even though the Kurdish-Turkmen tension draws more attention because of the current situation, it is also known that there are problems between Kurdish people and Arabs. Especially the Peshmerga’s coming to the fore in the regions where Sunni Arabs live within the context of fight against the ISIS may ignite the wick of the tension between Kurdish people and Arabs.

Conflict between the IKRG and Central Government
Kirkuk is the most controversial issue between the Iraqi central government and the IKRG. No result has been reached even though constitutional and legal studies have been conducted in terms of the post-2003 status of Kirkuk. However, the IKRG and the Kurdish parties have increased the pressure on Kirkuk day by day. The IKRG and the Kurdish parties strengthen their position and empower their political and military existence especially in the post-ISIS period in the face of the Iraqi central government which has almost lost its political and military efficiency in the north of Iraq. Thus, following the operations of the ISIS in Mosul and the other regions, the Kurdish parties and the IKRG became the most effective power in Kirkuk after security was ensured in Kirkuk with the local police and Peshmerga. Moreover, Kurdish people improved their efficiency in Kirkuk as a result of the success reached by the Peshmerga with the support of international coalition in the fight against the ISIS around Kirkuk. In this process, Kurdish people and especially the Kurdish governor of Kirkuk, Necmettin Kerim increase the political efficiency of Kurdish people by making and implementing independent decisions from the unilateral central government in Kirkuk. On the other hand, the central government hasn’t yet been able to take effective steps concerning Kirkuk due to the fight against the ISIS and the instability in Iraq’s domestic policy.

Kirkuk is the main efficiency area of the PUK from the viewpoint of the Kurdish parties. Historically considering, the PUK has become highly efficient in Kirkuk, which is the center of the Talabani monastery and the KDP which has almost become a single power in the IKRG government, has failed to discourage the PUK.
The Iraq central government even wanted to send the al-Hashd al-Shaabi forces to Kirkuk in the context of fight against the ISIS but had to step back because of the opposing attitude of the Kirkuk Governor Necmettin Kerim. On the other hand, it is as easy as duck soup for the al-Hashd al-Shaabi, which is in an effective position in the fight against the ISIS around Kirkuk and the Shiite militia and Peshmerga within Kirkuk to fight each other to dominate over the townships and villages like Tazehurmatu, Daquq, Mela Abdullah, Mektep Halit since it is known that there is sometimes tension between the al-Hashd al-Shaabi forces and the Peshmerga around Kirkuk. If this tension turns into a conflict, it shouldn’t be neglected that it may spread to the center of Kirkuk. Concerning the current situation, it is possible to say that the IKRG and the Kurdish parties could face each other again in Kirkuk if the ISIS is excluded from Kirkuk or the threat is taken under control even though they have gained an advantageous position in Kirkuk.

KDP-PUK Conflict
Even though there are serious problems between the Kurdish parties and the other groups, the KDP-PUK conflict also constitutes another dimension of the political conflict in Kirkuk. The KDP and the PUK come to terms on the IKRG government; however, it is seen that there has been disagreement between the two parties during the process of forming the government in and after the 2013 elections. The conflict between the KDP under the leadership of Masoud Barzani and the PUK under the leadership of Jalal Talabani leads to the risk of conflict. Kirkuk is the main efficiency area of the PUK from the viewpoint of the Kurdish parties. Historically considering, the PUK has become highly efficient in Kirkuk, which is the center of the Talabani monastery and the KDP which has almost become a single power in the IKRG government, has failed to discourage the PUK. The PUK was seen to have extended its influence in Kirkuk after one of the effective leaders of the PUK, Necmettin Kerim was appointed as the Kirkuk governor. The disagreement between the KDP and the PUK sometimes turned into a conflict before the elections on 30 April 2014. While the PUK tries to keep Kirkuk and Sulaymaniyah away from the influence area of the KDP, the KDP adopts an attitude towards the discouragement of the PUK and the provision of influence in Kirkuk. Having benefitted recently from the current political and security vacuum, the PUK and Necmettin Kerim indicate that Kirkuk is a province designated with special status and it is also said that even works are conducted to involve Kirkuk and Sulaymaniyah as a separate federal region within the IKRG. The KDP sees Kirkuk, which is rich in oil, as an obligation for the continuity of its potential and power while the PUK endeavors to protect its power in Kirkuk in order to balance the power of the KDP in the IKRG and discourage it. However, after the Kirkuk governor Necmettin Kerim asserted that the Baghdad government didn’t pay any budget to Kirkuk for six months and underlined that Kirkuk should have a special status in a statement that he made, the KDP Council Leader Salih Delo showed reaction to this statement and indicated that they would use armed force if necessary in the event of such a situation. This conflict reveals a potential conflict dynamic between the KDP and the PUK on Kirkuk. Having performed a positive approach to the issue of a special status for Kirkuk since 2003 within the conflict between the KDP and the PUK on the autonomy issue, Turkmens and Sunni Arabs may also take a position in terms of autonomy. This should be kept in mind that it is possible for the KDP-PUK disagreement to turn into a general conflict in Kirkuk.

This article was published in Ortadoğu Analiz journal with the title of "The Focal Point of Conflicts in Iraq: Kirkuk”