The Mosul Problem: Beneath the Surface 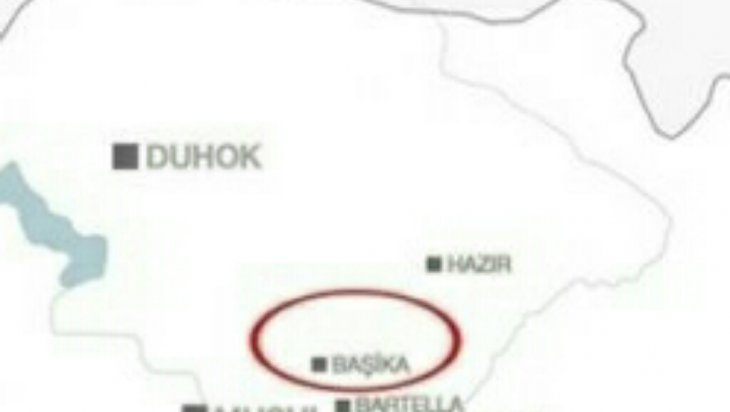 The relations between Turkey and Iraq, which have been deteriorating since the second Prime Ministry term of Nouri al Maliki after the elections of March 7th, 2010, entered a period of gradual recovery after the formation of the new government by Haider al Abadi after the 30 April 2014 elections. The government was formed in a period marked with harsh circumstances, i.e., the capture of Mosul and almost one third of the Iraqi territory by the terrorist group ISIS in June 2014. Turkey was the first country that formally congratulated Mr. Abadi in September 2014 when he was finally able to form the government. after the new government came into action, Iraqi Foreign Minister Ibrahim al Jafari visited Turkey and conveyed Prime Minister Abadi’s invitation for Prime Minister Ahmet Davutoğlu. Davutoğlu, then, paid an official visit to Iraq on November 20, 2014 in order to develop relations. His visit was followed by Mr. Abadi’s visit to Turkey on December 25, 2014, which was the first visit on Prime Minister level from Iraq to Turkey since 2011. During the visit, the Turkish-Iraqi High Level Strategic Council was convened for the first time since 2009. In the joint press conference after the talks, Prime Minister Davutoğlu underlined that Turkey and Iraq shares the same stance against terrorist organizations such as PKK and ISIS, and stressed the cooperation between the two countries. Indeed, Turkey sent two cargo aircrafts of military aid to Iraq in March 2015 for the fight against the ISIS. In addition, Turkey has launched a training program for the groups that fight against the ISIS, upon the request by the Iraqi Ministry of Defense.

The factors such as the polarization about the Syrian civil war, the Russian intervention in Syria, the Iranian influence and the scale of Turkey-Iraqi Kurdistan relations hindered the further development of Turkey-Iraq relations. Similarly, the fact that the two countries adopted different positions with regard to the Syrian civil war was an important issue that prevented the development of the relations. As of the latest period marked by the deadlock in the relations, both the internal conflicts with regard to the domestic political instability and the Russian and Iranian influence has pushed Iraq to confront Turkey.

Iraq has indeed reacted fiercely to Turkey’s deployment of military personnel during a change of guard to the town of Bashika in Mosul, which were training Iraqi soldiers for the fight against the ISIS. Iraq declared that the presence of the Turkish troops constituted a breach of the Iraqi sovereignty and demanded Turkey to withdraw its forces in 48 hours. Iraq’s infuriated reaction makes no sense since it was informed about the troop deployments have been taking place for the last one and a half years. Yet, Turkey understood Iraq’s concerns, halted the deployment and stated that (in Prime Minister Davutoğlu’s words) the changing of guards does not intend to harm Iraq’s independence, sovereignty or territorial integrity. Despite all these, Iraq’s reaction keeps going on.

In order to figure out the reasons behind Iraq’s reaction, it is needed to evaluate primarily the Iraqi domestic politics. the Abadi government that has been in power for about one year is not founded on safe and sound foundations. As a matter of fact, Haider al Abadi faces serious pressure from various political factions. Likewise, in the beginning of November, the Iraqi Parliament withdrew its support from Abadi’s reform program, which has initially received support from but later caused dissention among the other political groups. The government’s decisions to abolish the posts of deputy President and deputy Prime Minister faced strong resistance from those who are already occupying these posts, particularly the former Prime Minister Nouri al Maliki. Abadi had to take a step back in order to preserve his position. It is a fact that he failed to form a strong government. The fight against the ISIS, economic crisis, the fragmented character of the government and external pressures strain the Abadi government. In particular, the Hashd al-Shaabi, which appeared after the ISIS threat and has come to be the conductor of the war against it, adopts attitudes that creates difficulty for the government. ıt is well known that Hashd al Shaabi, under the Iranian influence, puts pressure on the government and serves as a venue for Nouri al Maliki for furthering his own interests. Abadi has been unable to exert control over Hashd al Shaabi. Rather, the Hashd has come to adopt a position independent from the government. The recent operation in Ramadi (Anbar) is the most clear example for that. The situation on the ground is that Hashd al Shaabi and its affiliated groups retreated and left the conduct of the operations to the Iraqi Army in Anbar. One of the reasons for the Hashd’s withdrawal is that the US air force is conducting air operations in Ramadi and they don’t want to be involved if the U.S. is in. Another reason is the unwillingness of the Hashd to act under the authority of the Iraqi army. It is speculated that due to the Iranian influence, Hashd al Shaabi refrains from joint operations with the U.S. forces. All these speculations relate to the latest situation in the Iraqi domestic politics. It is reported that Iran is displeased with Prime Minister Abadi’s distanced attitude towards itself unlike al Maliki and seeks to utilize Hashd al Shaabi for further leverage in Iraq. This situation makes Abadi uneasy, yet he is very weak with regard to the domestic politics. particularly the Shiites’ support for the Hashd intimidates Abadi and prevents him to take an action against the group.

Furthermore, Russia has entered the calculations in Iraq by intervening in Syria. At this point, the pressure over Iraqi domestic politics has spread to the Iraqi foreign policy. Thus, an operations center for coordinating the fight against ISIS and intelligence sharing among Russia, Syria, Iran and Iraq has been established. This center launched an office in the Iraqi Ministry of Defense. all these developments reinforced Iraq’s pro-Assad position in the Syrian civil war.

After Turkey’s rightful downing of the Russian jet, which had breached into its airspace, the tensions in Turkish-Russian relations also spread to the Turkey’s relations with Iraq. In the tense atmosphere, Russia initiates indirect moves against Turkey in Iraq and Syria as well as its direct anti-Turkey policies. the recent example in Iraq is the Mosul problem. Russia-Iran cooperation has enabled pressure on Prime Minister Abadi through Hashd al Shaabi and forced his government to adopt an anti-Turkey stance. It should be remembered that Russia declared over and over that they will reciprocate on every dimension against Turkey’s action. Therefore, Russia seeks to hinder Turkey through pressuring the Iraqi government. At the same time, the appointment of Nofel Hummadi, known for his anti-Turkey views, for the governorship of Mosul rather than Atheel Nujaifi has weakened Turkey’s coordination with local forces.

It is speculated that the recent period, which Iraq faces in terms of domestic and foreign policy, has led it to react against Turkey with regard to the Mosul problem. Otherwise, it is impossible to understand its wild reaction to a change of duty, since it is aware of Turkish soldiers’ training mission there for one and a half years. Meanwhile, Turkey maintains its goodwill for preventing the deterioration of the relations. no other deployment will take place unless Iraq’s concerns are addressed and diplomatic initiatives are going on. It is expected that Khalid al-Ubeidi, the Defense Minister of Iraq, will visit Turkey in the days ahead upon an invitation.

Turkey’s intention to maintain good relations with Iraq is expressed by Turkish officials on every occasion. ın this respect, Turkey has positioned itself on the side of Iraq in every issue, particularly the fight against the ISIS. Yet, the negative legacy of the Maliki era and domestic political instability prevent the development of the relations. A confrontation will cause more harm than good for the two countries. Particularly, the adoption of the “war rhetoric” by Shiite militia leaders and officials is dangerous and causes irreversible damage. It is observed that some Iraqi political groups call people to the streets in order to protest Turkey. The approach to take this issue, which is possible to resolve through political and diplomatic methods, to the streets and to people’s attention will only serve to increase tensions and deepen the polarization and instability in Iraq.