The civil war in Syria enters its eighth year without reaching tangible and sustainable resolutions to pending issues, all that have been achieved through Geneva, Astana and Sochi platforms have been fragile and could collapse sooner or later.

Amid this complicated situation, American president announced a withdrawal of the American forces, about 2000 soldiers, from Syria in a period of sixty to hundred days at most. This decision came as a surprise not only for the U.S allies, but also for their adversaries and competitors. The U.S president’s decision has created a heated debate about the reasons behind it, whether internal or external, its implications on the U.S and elsewhere; and also, how Russia and Iran would benefit. It has been considered a Christmas gift for the Astana axis, Iran, Russia and Turkey (the U.S ally in NATO). The initial reading of the decision shows that the U.S. is abandoning Syrian Democratic Forces (SDF) and the Democratic Union Party (PYD), which, in theory, would erode the latter’s dream of establishing an independent entity that would threaten Turkey's national security.

However, it might be better for Turkey to consider before accepting what it seems a gift and get indulged in the quagmire of the Eastern Euphrates’ conflict. Peace and Conflict studies tell us that getting into civil wars is sometimes tempting, but it will come at a cost; that is sometimes losses outweigh what has been perceived as gains.

In fact, the impact of PYD militias presence, and Kurdistan Workers' Party (PKK)- designated as terrorist organization, dominance on the decision-making structure within PYD militias, along the Turkish-Syrian borders is causing a headache to Turkey. In the same vein, U.S has allied with PYD and SDF, and relied on them to fight ISIL; while excluding Syrian Free Army from that. This poses a great challenge for Turkey, which does not want to lose its strong NATO ally, but at the same time cannot leave PYD/PKK to establish an independent and stable entity along its borderlines with Syria.

Therefore, President Erdogan's announcement of the beginning of the operations of the Eastern Euphrates relying on the Syrian National Army factions was a message to the U.S to choose between NATO ally and the PYD militias. And while the Americans offer to Turkey, to establish observation points in northern Syria was provocative, the Russian position, on the other hand, was supportive to Turkey to prevent the growing influence of PYD and its dominance over the areas east of Euphrates. Of course, the Russian position towards the PYD has changed a lot - as it has been two years ago - and this is due to its failure to convince European countries to finance reconstruction in areas re-controlled by Assad forces and, thus, the areas of East Euphrates - rich fields of energy and agricultural resources have become the easy and the best solution to finance reconstruction.

The American withdrawal - entirely or partially - means leaveing a vacuum that must be filled.  The potential actor to fill the vacuum now is Turkey and Syrian factions to, first eliminate - or at least weaken – the PYD/PKK militias and secondly, to eliminate the ISIL remnants.

Nevertheless, these two tasks will not be easily achieved in the short or the medium term. PYD/PKK militias have possessed American equipment and generous funding from Saudi and UAE regimes – so, they will find it an opportunity to exhaust Turkey, economically and militarily, that, in turn, might negatively impact the public support to the current Turkish government.

Equipment and funding will allow these militias to enter into a long-term war and exhaust the organized forces. Meanwhile, the threat of the militias to release about 3,000 thousand of ISIL fighters would make the Turkish-backed Syrian factions in a difficult situation, especially that the ISIL’s priority, according to their political ideology, will never be avenging the far enemy - the PYD or Assad’s forces – but the Syrian factions, the near enemy. We must not forget that this is exactly what happened since the inception of the ISIL; where it had extended at the expense of the areas controlled by the Syrian factions, and not those under Assad control!

Moreover, the Russian - and Iranian – welcome of the American withdrawal, and accepting Turkey - and Syrian factions - to fill the vacuum and clean the eastern Euphrates of PYD militias – is not to satisfy Turkey and protect its national security. It is more to ease the economic burden on their shoulders; and to pave the road to restore Assad's control on the areas of the Euphrates and then Idlib.

So, it might be better for Turkey to take its time before accepting filling the vacuum and embroilment of the Syrian National Army factions into the battles of the Eastern Euphrates, especially as the equation involves several actors who have interest in exhausting Turkey - which has not yet recovered from the economic crisis. Indeed, relying solely on the military approach cannot be the best option here - but, for the sake of time, there is an exception for the security of Manbij, where Assad’s forces are mobilized around it.

A Multi-faceted approach with diversity of arrangements, would pave the military ground and create an appropriate political and societal environment – to be not entirely hostile – might be the best option. Several researches in the peace and conflict field have concluded that the safest way to enter civil wars is within international or coalition frameworks. The United States (and some European countries) have intervened in Libya and in Syria either within the framework of the NATO alliance, the Security Council/UN, or the International Alliance. Such frameworks would reduce the risk, achieve the purpose; as well as minimizing negative repercussions now and after. 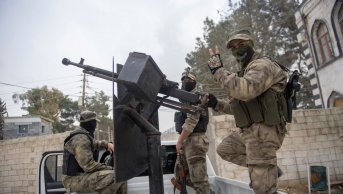 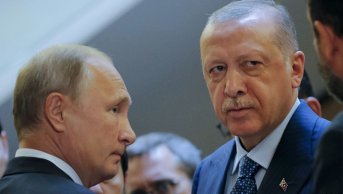 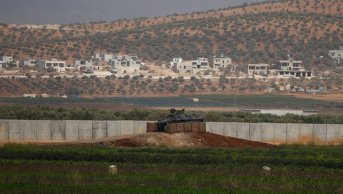