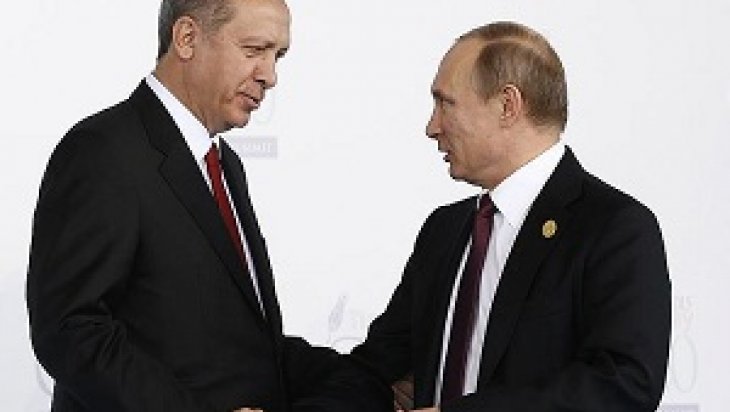 As the Syrian civil war continued to prolong, the capacities and the motivations of the internal actors that caused the crisis diminish. Both parties are on the brink of a state of fatigue. This situation causes external actors in Syrian civil war to step forward and have overall more effect. Besides, the financial burden that is caused by the continuation of the Syrian Civil war reached to insurmountable points. As this much people sacrificed so much resources, internal and external actors do not want to end the war without obtaining certain gain from it.

In Syria, regime was in a stronger position at the beginning of the civil war and they were thinking that they were going to be able to suppress the uprising with their military resources. However, as they weren’t able to suppress it, their foreign dependency increased. First actor that came to Syrian Government’s rescue was Iran and the close countries that were dependent to them. During this process, Iran revolutionary guards, Lebanese Hezbollah organization and certain national guards from several countries started to join regime’s alliance. This influx expanded the area controlled by the regime and helped them survive. However, this addition did not go further than being a short-term gain and didn’t become a game changing factor in Syrian civil war. As of 2015, Russia who supported the regime diplomatically and politically since the beginning of the crisis decided to directly involve with the war. On September 2015 they started to dispatch troops, heavy weapons and warplanes. Russıa took the large part of the Syrian airspace control with the radar systems and the S-400 air defense system they brought to the country. In a way they became the defender of the Syrian regime by installing new naval and air bases or expanding the existing ones at Tartus and Latakia. It’s currently crucial to understand Russia’s position in order to comprehend the progressions that’s been made since late 2015.

The external influence on Syrian opponents presents a complicated picture. Since the beginning of the Syrian civil war, majority of the international communities stood behind the Syrian opposition. However most of these countries were irresolute on both degree of the support that was going to be provided and which opposition group on the field to support. On the other hand, during this period it can be stated that Turkey, Saudi Arabia and Qatar stood out as one of the most important regional actors. Despite the fact that Saudi Arabia and the Qatar undertook the financial burden, the role of Turkey who shares long land borders with Syria had a critical impact on survival of Syrian opposition.

Starting from this assessment, following assessments can be made. Impacts of external actors in Syrian civil war reached deciding points. Therefore, problems between external actors caused civil war to extend and crisis to deepen. Another assessment is that while Russia is becoming the essential power behind the regime towards the late 2015, Turkey is one of the most critical actors in opposition’s survival even though they are not the deciding factor. In other words the initiative that these two countries will take concerning Syria or to the contrary, decision to pursuit their rivalry over Syria might be deciding factor on how Syrian crisis will evolve.

Turkey and Russia took different stances since the very beginning of the Syria crisis. However this did not lead both parties’ relations to deteriorate. Despite their difference of opinions on Syria, cooperation on security and energy continued. But on December 23, 2015 the crisis which broke out after Russian warplane was shot down due to violation of Turkish airspace affected two countries relations. Effects of this situation with the connection that was stated in the assessment, failure of the politic resolution attempts, increase in conflicts between Russian sported forces and Turkish supported forces in northern Syrian border as a result caused Syrian civil war to prolong and deepen.

In spite of that the financial burden that is caused by the continuation of the Syrian Civil war reached to insurmountable points. Russia was involved to the civil war with a highly anticipated dynamism and thought that they were going to take the control of the Turkey-Syria border by weakening the Syrian opposition with the aerial support they will provide to their allies on shore. Even though Russia supported regime obtained considerable amount of gains at first, they were stopped within 10 months. Russian who were able to obtain certain gains in Northern Latakia was stopped at Kobani at they weren’t able to get pass this point. In fact some Syrian opponents were able to retake the certain parts of Turkmen mountain. Russia and regime’s plans of advancing to Idlib after securing Cisr es Şukur did not work out. They failed to reach their goal of surrounding and capturing Aleppo. Therefore, Russia probably realized that they reached the peak of their powers and now they wanted to secure their gains. They were unsure about how long more they can prolong this war. Also when it’s considered in Turkey’s point of view, their priorities in Syria started to change due to the waves of terrorist attacks originated from ISIS and PKK . The need to procure the homeland security for turkey came into prominence. In order to do this, Turkey has to tranquilize the conflicts around them and ensure stability in the region. Turkey are aware of the fact that they need to be effective in Syria in order to be successful in counter terrorism, but their weak relations with Russia limited their effects on Syria. Russia later on, probably realized the improbability of securing stability in Syria with absence of Turkey in the region, and that fact that they can’t beat the Syrian opponents if Turkey do not change sides.

Turkey-Russia relations became a current issue in settings like this. President of the Republic of Turkey sent a letter stating his deepest condolences for the death of the pilot of the plane that was shut down in December 24. His letter was accepted by Vladimir Putin and after crisis, two leaders spoke on the phone. Following this conference, Russia as a first step declared that they will lift Turkey’s tourism embargo. Henceforward, relations of the two country are expected to normalize particularly on financial aspect.

One of the primary reasons behind Turkey’s pursuit of resolving Russia crisis is the current developments in Northern Syria. Turkey is worried about the fact that with USA and the west they are no longer able to govern the developments in Syria. On the contrary, In North Syria, USA’s acts were conflicting with Turkey’s interest. Turkey have expectation of cooperating with Russia in North Syria by courtesy of solving their problem with Russia. Possibility of emergence of a federal district in North Syria controlled by USA might lay a foundation for two countries to cooperate. Correspondingly, Turkey and Russia might work together on between the regions of Azaz-Cerablus in order to fight against ISIS. In return Russia might demand from Turkey to soothe their manner towards Syria. Another crucial subject that is drawing Turkey and Russia together in terms of Syria is the Russian citizens that are fighting with the radical groups in Syria. ISIS used to utilize their Turkish citizens. However, after the terrorist attacks occurred in Turkey, an immense pressure was established towards to webs of the organization in Turkey’s end, and this made it rather hard for ISIS to utilize Turkish ISIS members. For this reason, ISIS started to prefer fighters from Central Asia and Caucasia. Atatürk airport attack is also performed in this fashion by the members that fit this profile. People from central Asia and Caucasia are started to be kept a close watch on.  This again, emerged as another cooperation way between Russia and Turkey. Because Russia are in need of intelligence sharing and partnership in the conflict for these individuals who are mostly Russians.