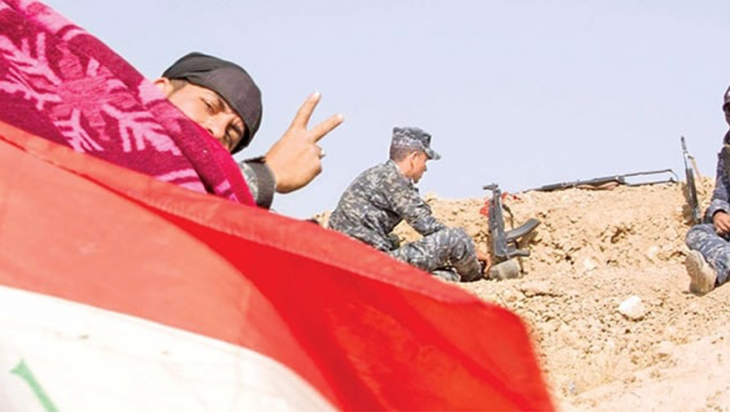 The developments taking place before, during and after US intervention in Iraq caused Iraq to become one of the most important foreign policy problems of Turkey because a fundamental change occurred upon US intervention in Iraq. Since Saddam Hussein’s regime was overthrown upon US intervention, Turkey’s approach and position in the new system in Iraq has been shaped with the effects of regional perceptions, bilateral relations and Iraqi internal politics. At this point, Turkey, because of Iraq's geographical, geopolitical and geo-economic (energy) point of view, regional, especially neighborhood relations and terrorist organization PKK's actions against Iraq from Turkey, the Kirkuk problem, the injustice towards Turkmens, with the emergence of the federal structure, a political attitude towards Iraqi domestic politics, with the emphasis on the de facto autonomous official status of the Iraq Kurdistan Regional Government and the defense of the unitary structure of Iraq. This political attitude is more objectively supported by the support of stability in Iraq, the securing and preservation of Iraqi territorial integrity and political unity, the failure of any group in Iraq to stay outside politics, the creation of a settlement based on consensus on Kirkuk and controversial issues, such as the finishing of Iraq's presence in Iraq, the delivery of energy resources in Iraq to international markets, the security of energy supply, and the development of economic relations through restructuring in Iraq, have become the basic parameters of Turkey's Iraq policy. These parameters have constituted the core of Turkey’s Iraq policy and have so far been protected in their current form. However, having regard to bilateral relations, it is seen that Turkey-Iraq relations have been fluctuating from time to time since 2013. This situation has been affected by regional and international political dynamics as well as both countries’ perceptions of threat and interest. Therefore, it is possible to mention about a normally fluctuating picture in the relations between both countries. In this sense, Turkey-Iraq relations can be referred to in five different periods until 2017.

Low-intensity political period can be defined as the period in which Turkey had relatively limited influence in Iraq. After the memorandum which envisaged the passage of the USA to Iraq through Turkish territory and was called Memorandum of March 1st was not adopted in the plenary of Grand National Assembly of Turkey, Turkey’s influence in Iraq was limited following the US invasion and the relations with Iraq remained at a low profile until 2005.

However, the need for Turkey’s help to reintegrate the Sunni excluded from the politics when Saddam Hussein’s regime was overthrown and other regional developments pushed Turkey into the balances again. Within this process, PKK started to take actions again, received logistic support from northern Iraq, and used this region as a base for its activities and KDP and PUK which were the leading forces of the Kurdish policy in Iraq adopted a political attitude contradicting Turkey’s Iraq policy. All this led Turkey to develop favorable relations mostly with Iraqi central government.

Having been at a very high level until 2009, Turkey-Iraq relations reached a peak upon the establishment of “High Level Strategic Cooperation Council” between two countries in 2008 and upon the conclusion of 48 memoranda of understanding from security to energy, education to transport, public works to health in summer 2009.

However, Iraqiya List formed by the groups that had close relations with Turkey, under the leadership of Iyad Allawi, in Iraq which was in a process of new elections as of 2010 came out as the first party in the elections held in 7 March 2010. This disturbed Nuri al-Maliki who aimed at becoming prime minister for a second term and was known for his connections with Iran. Therefore, the relations between Turkey and Iraqi central government started to become strained. The relations beginning to deteriorate after National Alliance formed by the Shiite groups in Iraq supported the election of Nuri al-Maliki as prime minister were increasingly strained when Turkey and Iraq took different positions following the incidents in Syria in 2011.

Turkey started to follow locally-based policies in Iraq after 2010 and to make efforts to produce effects in this direction. In this process, it built good ties especially with KRG and based its general concept of foreign policy on economics and security. The relations with Iraqi central government almost reached the breakaway point due to the agreements concluded meanwhile with KRG in terms of energy and trade.

Nuri al-Maliki gave up his insistence after the 2014 elections in Iraq, withdrawing from the prime minister’s office in his third term and Haider al-Abadi formed a new government. Although new hopes started to be expressed in order to mend the fences with Iraqi central government in the aftermath, the process following the emergence of DAESH in Iraq overshadowed the defusion of the tensions in the relations. These tensions even climbed up to higher level with Bashiqa crisis and led to the risk of Turkey and Iraq coming face to face in military terms. Despite this, Turkey adopted a policy to solve the problematic issues, notably Bashiqa crisis through dialogue by adopting a moderate attitude in the relations with Iraq.

The tendency of détente in Turkey-Iraq relations seems to depend directly on the change in Ankara’s foreign policy concept. Turkey gave the signals of transformation in its foreign policy by taking a simultaneous initiative to make peace with Russia, with which it had gone through a crisis for seven months, and with Israel, with which it had not maintained any diplomatic relations for five years, upon the approval of President Recep Tayyip Erdoğan in June 2016. President Erdoğan and Prime Minister Yıldırım referred to these developments as “normalization in foreign policy” and “a foreign policy increasing the number of friends and decreasing the number of enemies”, which signed that the transformation in the foreign policy would be reflected in other problematic countries and fields.

The détente between Turkey and Russia, the steps taken by both sides to cooperate in Syria and the efforts of Iran to join strengthened Turkey’s hand and relieved it in the Middle East politics. Indeed, the evacuation process in Aleppo and the agreement of Russia, Turkey and Iran coming together in Moscow in the aftermath on ceasefire and political process in Syria led to a political room for maneuver for Turkey. Turkey already made its move as of the beginning of 2017 and Prime Minister Binali Yıldırım paid the first visit abroad to Iraq in 2017.

The developments in Iraq showed once again that Iraq would need Turkey’s support especially in post-DAESH process. At this point, Iraq understood that Turkey would play a significant role in issues such as securing the social and political balance in Iraq in post-DAESH process, integrating the Sunni into political process, rehabilitating the regions reclaimed from DAESH and refugee problem as well as the necessity for a joint fight against DAESH and terrorism. Indeed, Turkey that firmly opposed the unilateral steps of Kirkuk-based KRG and Kurdish parties highlighted this attitude once again in the independence referendum held in KRG on 25 September 2017. In the statements made in Turkey, the referendum was described as a serious mistake and it was clearly indicated that this would lead to severe consequences in KRG. At this point, Turkey which was in resolute and timely cooperation with Iraqi central government launched military maneuvers at Habur border gate before the referendum. These maneuvers turned into a joint exercise of Turkey and Iraq with the participation of Iraqi forces. Besides, Turkey overtly supported the operations of Iraqi central government in the regions that were outside KRG constitutional borders (Erbil, Sulaymaniyah, and Dohuq) and were called conflictual regions. In addition, Turkey suspended the flights of Turkish firms to KRG and closed its airspace for the flights to Erbil and Sulaymaniyah. On 25 October 2017, Iraqi Prima Minister Haider el-Abadi visited Turkey and it was clearly shown that the relations between both countries would be developed increasingly.

It is increasingly more likely that Turkey-Iraq relations will deepen and turn into concrete steps in the following process since Turkey fully supports the process in which Iraqi central government has secured its sovereignty again. In this regard, both countries will enhance their cooperation especially in the fight against terrorism. It seems that they have also compromised on Bashiqa base. Making significant progress in the fight against DAESH, Iraqi central government is highly expected to take similar steps against PKK as well. In this sense, Iraqi side should have concrete outputs beyond being only willing to take actions. On the other hand, it is also likely that a cooperation process will be initiated to provide full control not only at border gates and airports but also along the borders. Furthermore, it is possible to witness a growth in the trade volume and economic relations between Turkey and Iraq with a new border gate to be opened. This growth can be supported with deals to be made on oil and natural gas.

On the other hand, Iraqi central government should protect the domestic political balances in Iraq. At this point, it will be important to maintain the balances between Baghdad and Erbil for the stability of Iraq, when KRG withdraws to its constitutional borders in administrative, political, military and geographic terms. In case of a compromise between KRG and Baghdad, it is possible that Turkey will build a dialogue with Erbil again since Ankara and Erbil have interwoven relations. Furthermore, Iraq enters a new electoral period in the following process. Even though Turkey-Iraq relations have currently come to a good point, it is seen that the political process and the government to be formed following the elections to be held in Iraq on 15 May 2018 will play a determining role in the direction of the relations.