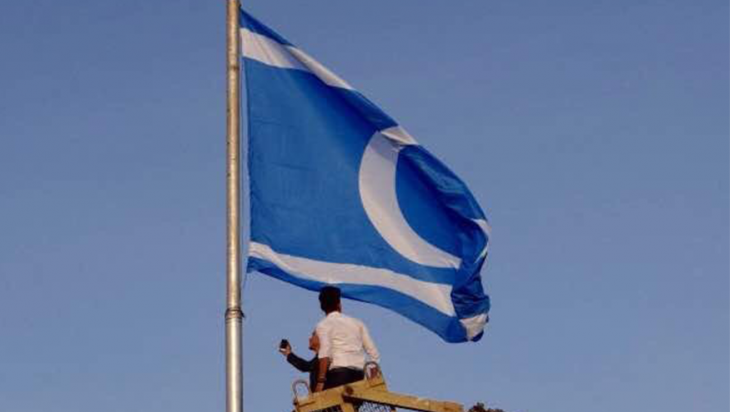 After the referendum held on September 25, 2017 in the Iraqi Kurdistan Regional Government (KRG), balances in Iraqi politics seem to have quickly changed. There are three main axes of this change. The first axis takes place in the domestic policy of KRG. Following the referendum, in the aftermath of the agreement the Talabani family-led PUK came to with the Iraqi central government, there exist a remarkable change and transformation in the internal balance, political structure and even administrative structure of the post-2003 KRG with the operation of the Iraqi central government to reintroduce control in Kirkuk on the night of 15 October. This process also reveals the second major axis of the process of change. As a matter of fact, that the operation launched in Kirkuk extended to all disputed regions and even to the border gates controlled by the KRG seems to have put an end to the 14-year-old KRG power since 2003. In this sense, the balance of Iraqi domestic politics seems to have changed. Finally, the referendum and the subsequent developments in Iraq have brought about a new process in Iraqi foreign policy. Especially in a period when the Turco-Iraqi relations are developing quite fast, it has resulted in the rapprochement between Turkey and Iran on Iraq following Syria. Indeed, all these three axes have potency to influence each other and be influenced by one another. In other words, the KRG domestic politics, EErbil-Baghdad relations, and relations of Baghdad and Erbil with Ankara, Tehran and Washington are substantially open to reciprocal influence. For this reason, KRG domestic politics, EErbil-Baghdad relations and foreign policy axes should be separately taken into account.

The referendum process marks the beginning of a major transformation in the KRG domestic politics and revealed the fragile fault lines once again. Indeed, this process has shown that the efforts to build an integrated structure in the KRG are an artificial development. For the Kurdish domestic politics shaped by the struggle between the KDP and the PUK after 1991 came to the phase of integration in the post-2003 period. Nonetheless, conflicts of interest between the two parties, efforts to dominate the policy of KRG and the regional conjuncture and developments created problems regarding the integration of the KRG and the consolidation of the political process. In fact, this situation became even more evident by the fact that Masoud Barzani did not withdraw from the presidency despite the two-year extension of his presidency in 2013 finished in 2015. While the KRG parliament and the political process became ineffective, the KRG government started to be unilaterally ruled by the KDP. For this reason the opposition to Masoud Barzani grew stronger. Actually while the PUK announced on January 2016 the end of the strategic alliance agreement with KDP signed in 2004, another strategic agreement was signed between PUK and Goran in May 2016 and a decision for joint action was taken. Getting into trouble in the face of the given developments, Barzani played his trump card and announced the independence referendum on June 2017 in answer to the Kirkuk step of the PUK in the first months of 2017 (seizure of the North Petroleum Company in Kirkuk, flying KRG flag in the official offices). While the primary goal was to gain advantage in domestic politics, Barzani targeted a fait accompli taking advantage of the crises in and around Iraq. Barzani's decision on the referendum aggravated new debates in domestic politics. It led to a great confusion especially within the PUK, and - a serious polarization showed up concerning the referendum in the party which had been already experiencing an apparent struggle for leadership. Masoud Barzani, who gained the support of a substantial mass in the course of the referendum, also caused a decrease in the power of the PUK by polarizing it and got advantage against his greatest opponent. On the other hand, Masoud Barzani proved to be gambling by his insistence on the referendum decision despite all the negative reactions from outside (except Israel), especially from Turkey. Thinking that he would have all the required trumps by holding a referendum, Barzani made a very big mistake. The game was not finished yet for the Talabani family. Despite all the polarization within the PUK, the Talabani family trapped Barzani by negotiating with Baghdad and drawing peshmerga from the disputed regions, especially from Kirkuk. Thus, KRG lost its advantage that it had gained in the last 14 years in almost one night with the operation of Iraqi central government initiated in Kirkuk, and Masoud Barzani left the office as of 1 November 2017 and handed over his authority to prime minister, parliament and judiciary. Thus, the KRG presidency office also disappeared. But this does not mean that Barzani has washed his hands off politics. Masoud Barzani will continue to exist within politics as the leader of the KDP. In fact, the KRG presidency was limited in Barzani’s political moves. Now as the head of a political party he has more elbow room to be active, which means that Barzani can apply more to behind-the-scenes games. For this reason, the political skirmish in the KRG may be expected to deepen. This political controversy seems likely to lead to new outcomes in terms of the balance between the KRG and the Iraqi central government.

The referendum process has brought together a new equation between Erbil and Baghdad. As a result of the agreement with the PUK, the Iraqi central government has gained the control virtually all of the territory which is normally under its own administration but has been controlled by the KRG since 2003. In this sense, it is seen that KRG, expected to withdraw to the border of 2014, has retreated to its 2003 borders. For KRG gained the control of some territories from where DAESH had withdrawn. However, KRG had to leave the oil fields it had controlled outside its borders. Moreover, the Iraqi central government wants full control over border gates, customs and airports within federal authorities, and seems determined to do so.

On the other hand, Turkmens also have an advantage in the Erbil-Baghdad balance. First the flying of the KRG flags in the Kirkuk official offices and then the Kurdish independence referendum paved the way for the internal integrity of the Turkmens. In fact, the first steps were taken on May 16-17, 2017 with the meeting titled “Future of the Turkmens in United Iraq” in Baghdad, under the auspices of the Iraqi Parliamentary President Salim al-Jabouri, with the support of the UN Mission to Iraq (UNAMI), with the participation of all Turkmen political parties and organizations. With this meeting “Turkmen High Coordination Council” was established among the Turkmen leaders. After 2003, perhaps for the first time, the Turkmen have provided a mechanism capable of affecting the Iraqi politics. Both in the flag crisis in Kirkuk and in the following processes it was seen that the Turkmen High Coordination Council started to work effectively. Especially with the presence of the Shiite and Sunni Turkmen leaders in the Turkmen High Coordination Council, and even the presence of Yılmaz Neccar in the Council, leader of the 16th Turkmen Brigade, also known as Turkmen Union in Hashd al-Shaabi, Turkmens had a greater advantage in the field with the effect of the operation launched by the Iraqi central government. For the support of Hashd al-Shaabi for the operations carried out by the Iraqi central government and the effectiveness of the Turkmen Brigade around Kirkuk, let the Turkmen be an active actor in the field. Receiving the Turkish support, all the members of the Turkmen High Coordination Council were welcomed by President Recep Tayyip Erdoğan in Ankara on October 29, 2017, on the occasion of the 94th anniversary of declaration of Turkish Republic. Thus, Turkey once again stated that she backs up the Turkmens. The fact that the Turkmen High Coordination Council was hosted on an important date such as the Republic Day was very crucial in terms of giving the message that Turkmens are part of the Republic of Turkey. Besides, the fact that Yılmaz Neccar, leader of the 16th Turkmen Brigade affiliated to Hashd al-Shaabi, took part in the delegation to visit Erdoğan in Ankara showed that the Turkish thoughts about Hashd al-Shaabi began to differentiate. That this message was given over Turkmens was also a sign given to Baghdad. At this point, it is also possible to say that Turkey has given a message to Baghdad regarding the provision of Turkmens' rights and giving them more roles. Therefore, the rapprochement that emerged after the referendum between Turkey and Iraq is an opportunity for Turkmen.

The impact of the referendum on local politics and domestic political dynamics has also been experienced in foreign policy. As a result of the referendum decision of the KRG, there was a triple pressure on Masoud Barzani by Turkey, Iraq and Iran. It must be said that these three countries were also accompanied by the United States. However, the referendum decision seems to have actually led to a trilateral mechanism between Turkey, Iraq and Iran. In addition to that, relations between Turkey and Iraq have rapidly evolved towards a positive direction. Indeed, Turkey's desire to soften relations with the Iraqi central government was clearly shown by Prime Minister Binali Yıldırım's first foreign visit in 2017 to Iraq in January. This attitude turned into concrete steps together with the referendum decision. Likewise, Turkey has strongly maintained its position on the territorial integrity and political unity of Iraq up to now. For this reason, Turkey, which has very good relations with KRG, has given the strongest reaction against the referendum. The given attitude seems to be understood by Iraq. This consensus has increased cooperation between Turkey and Iraq. The Turkish consensus with Iran concerning Syria is also relaxing Turkey's hand in Iraq. For this reason, in several issues such as the provision of the sovereignty of the Iraqi central government, control of borders and border gates, restructure of the territories liberated from DAESH, air space, energy and economy, and most importantly struggle against terrorism, the Turco-Iraqi cooperation is at high levels. At this point, the participation of all groups in Iraqi political process by Baghdad and the protection of the administrative balance are also significant for Turkey as the destruction of balance in Iraq could lead to new instabilities. Although it seems clear in the short term that Turkey-Iraq relations will become firmer and stronger in the upcoming period, considering that Iraq will enter into the process of general elections planned to be held on 15 May 2017, a new scenario and new government that will appear after the elections will be decisive in terms of the relations between the two countries.