What Does the Draft Egyptian Constitution Say? 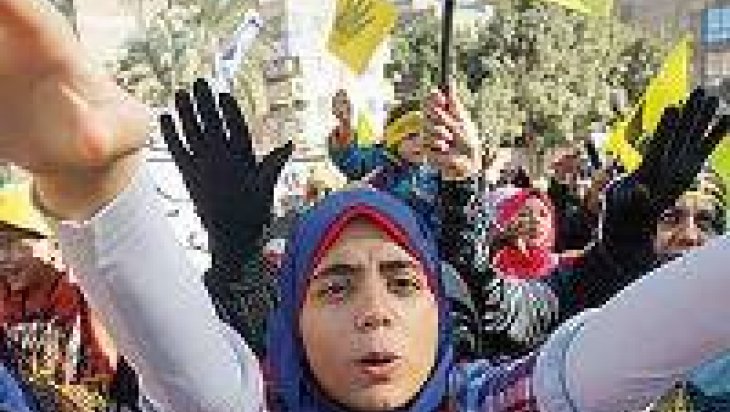 The draft constitution submitted to Egypt's interim president Adly Mansour on Dec. 3 enhances the status of state institutions -he military, the police and the judiciary- and shifts the power balance toward a more bureaucratic authoritarian structure than the one-party-dominant version of the pre-2011 period.

The new draft constitution indicates that a new authoritarian state structure is positioning itself and that the state bureaucracy, with both its civil and military institutions, aims to put an end to the power struggles that have taken place during the nearly three years since the removal of former President Hosni Mubarak. During the last three years, the military, the judiciary, the police and other state institutions have sought to protect themselves from the challenges they encountered following their loss of control over electoral politics and street politics, which mobilized the masses after 2011. The Muslim Brotherhood was the leading actor that posed the biggest challenge to the state institutions in the power struggle and, most importantly, it had the power to potentially extend its control over political, economic and social areas at the expense of the state elites' benefits. The July 3 coup and its aftermath, with a dramatic rise in anti-Brotherhood sentiment and an anti-political Islamist popular wave, paved the way for these state institutions not only to secure their positions in the system but also to broaden the powers they enjoyed under Mubarak era with the new constitution.

In the post-2011 period, the most successful and influential actor has been the Egyptian army, which has revised, repositioned and consolidated its privileged position in the system. The transition period post Mubarak started under the control of the Egyptian army. The army sacrificed some institutions, allowing them to become idle, such as the former ruling party, the National Democratic Party (NDP), in order to protect the future of the authoritarian regime and the state and to restructure authoritarianism in order to reach a new social agreement between society, the authoritarian regime and the state. The primary aim was to prevent the possibility of a radical transition. Moreover, the Egyptian army was able to broaden its power in the 2012 constitution and to consolidate a supra-political “regulatory” status, giving Egyptian army the highest authority to define boundaries in political, economic and social fields.

The 2012 constitution was later suspended and it was decided that the document would be revised after the July 3 coup. The new draft constitution extends an additional considerable measure of autonomy to the Egyptian military. In effect, the supra-political status of the Egyptian army is crowned with legal autonomy. According to the new draft constitution, the defense minister must be a member of the armed forces and the appointment must be approved by the Supreme Council of the Armed Forces (SCAF). The military budget is free of auditing requirements and not under civil jurisdiction. In addition, military courts are given broad jurisdiction over civilians in the new draft; it is restricted to "direct attacks" on military premises, personnel, equipment, documents and funds; however, this restriction is very broad and gives the military authority to define whether the acts are within the military's purview. The military courts were used in Mubarak era to punish political opposition; now, this mechanism for retribution is in the hands of Egyptian army. In summary, the army gains every measure of autonomy, full control over the defense ministry, their finances and a jurisdiction that can extend to the civilian sphere.

The status of the police, as well as of the wider security and intelligence apparatus in Egypt, also changes with the new draft constitution. They were also granted a new level of autonomy. First of all, the constitution specifies that “the police are loyal directly to the people.” The same definition of role was granted to the military in former constitutions and paved the way for the military to intervene in politics in 2011 and 2013. Hence, this definition introduces the possibility of direct intervention in politics led by the police and other security and intelligence actors. In addition, the new draft constitution creates a Supreme Police Council, likely dominated by senior officers, which must be consulted on laws affecting the police. So the security apparatus gains new political instruments as well as legal influence on legislation, though limited to police-related law. Moreover, generals of all intelligence services are subject only to military courts, giving them immunity from civilian control. In another move, similar to that of the army, the security apparatus extended its power with a broad definition of its mission -- the state fight against terrorism.

Such an extension of power in the overall security apparatus the military, the police, the intelligence community and other security bodies -- signals the extension of coercion and repression in the near future for Egypt. It should be noted that in Egypt until 2011 the institutions of the authoritarian regime served the patronage and repression, wherein economic goods were exchanged for political and social deference. This exchange was the quasi-tacit contract between the state and society for a long time. When the mass protests grew in Egypt in 2011 and forced Mubarak to resign, it became clear that this contract was no longer acceptable or functioning in the country. Over the last three years, authoritarian regime elites have tried hard to re-articulate new mechanisms and to restructure the system. The current draft constitution represents a cohesion of regime elites for a new balance of power within a new authoritarian state structure. The security elites seem to be leading actors that have considerable autonomy, power to intervene in politics and immunity from civilian jurisdiction and financial auditing.

The new authoritarian system in Egypt rearticulated by new constitution is likely to be based on repression; however, authoritarian regimes owe their resilience not only to their success at repressing their opponents, but also to rent-distribution from above to below. People exchanged economic goods and benefits for political and social deference during the Mubarak era. Today, the new system in Egypt offers no economic future for Egyptians, even at the cost of their political rights, only repression. The new constitution is a by-product of a consensus among the regime elites, especially state institutions, but has little to say about the social contract between society and the state.