Will PYD Lean Towards the Russian Axis in Syria? 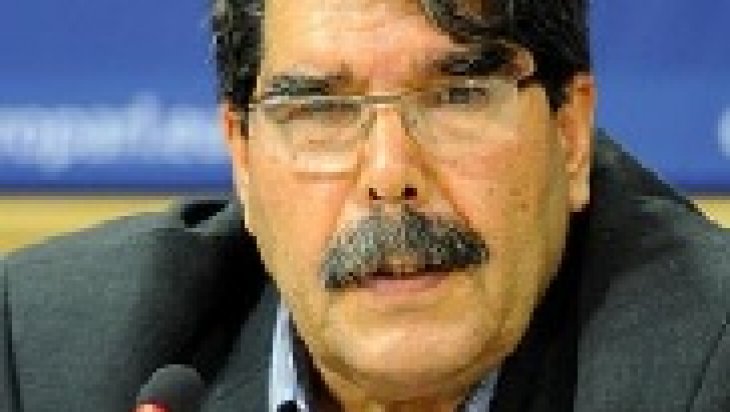 Vladimir Putin, President of Russia, said in his statement about the crisis in Syria in the United Nations General Assembly, that “only the regime’s army and the Kurds fight against ISIS in earnest”. This statement showed that Russia would interfere in the civil war on the side of the Assad regime and the Kurds at the same time. Following Putin’s statement, Russia’s air operations in support of the Assad regime have begun. Simultaneously, talks between PYD and Russia intensified. First, Putin’s Special Representative for Middle East and Africa and Deputy Minister of Foreign Affairs Mikhail Bogdanov met with PYD Co-President Salih Muslim in Moscow. Then, Bogdanov held talks with PYD Co-President Asya Abdullah and Enver Muslim, one of Kobani’s officials. After the visits, news about PYD’s application to establish an office in Moscow emerged the media. Then Putin made a statement calling for “the unification of the regime forces and Kurdish forces against terrorism”. This statement can be interpreted as Russia’s call to the Kurds for their participation in the civil war on the side of the Assad regime. That is because; according to Russia all anti-Assad forces in Syria are terrorists.

PYD has pursued a “third way policy” in Syria, since the beginning of the civil war. It considered the crisis in Syria as an inter-Arab struggle and focused on its own local interests, while avoiding to take sides. It opted for strengthening its administrative, political, military and economic infrastructure. The only factor that PYD considered when evaluating its relations with other internal or external actors was the degree that it helped reinforced the founding of “an autonomous Kurdish zone”. In this sense, its special relationship with the Assad regime helped PYD to gain prominence in Kurdish-majority areas. Nevertheless, PYD did not attempt to build strategic relations with any actors.

The rise of ISIS in Syria granted opportunities for PYD. Its participation in the fight against ISIS was a major factor in ensuring international legitimacy and support. In this sense, the Syrian Kurds came to be allied with the Western countries as the most appropriate local power. Meanwhile, YPG, the PYD affiliated paramilitary force, captured Tel Abyad and unified two of its control zones, bringing about debates that question whether “a Kurdish region under the US control is emerging”. Russia’s attempts at building relations with Syrian Kurds and PYD started after these developments.

For PYD, the US-Russia competition over itself provides new opportunities. It is now able to use one country against the other as a trump card. If one party intensifies cooperation, the other may be forced to provide more support or if PYD has problems with one party, the other will push itself further for cooperation. Moreover, PYD shelters beneath both the US and Russia’s protection. Therefore, the winner of the US-Russia competition over Syrian Kurds is PYD.

As mentioned above, PYD hedges its bets and avoids putting all its eggs in one basket. It evaluates the power balance, local conditions and initiates shifting alliances in varying locations and periods. For example, PYD joins forces with the Free Syrian Army in Afrin against al Nusra and in Kobane against ISIS, and with the Assad regime in Al Hasakah against ISIS. The Assad regime and PYD has agreed for non-interference in each others’ districts in al Hasaka and Qamishli. Nevertheless they fought against each other in Al Hasakah in December 2013, May 2014 and January 2015.

PYD has so far avoided clashing with the opposition. It has even agreed for non-aggression in Afrin and Aleppo, similar to its agreements with the Assad regime. Russia proposes that PYD should join anti-opposition operations, abandoning its pragmatic approach. It wants PYD to open new fronts against the opposition in Afrin and central Aleppo, therefore providing relief to the regime forces. Considering PYD’s traditional approach, it is unlikely that it will affirm Russia’s call. Neither will it firmly reject Russia’s offer though. PYD will seek to utilize Russia’s approach to gain further arms support, keep the US focus on itself and mitigate the risk of intervention from actors such as Turkey.

PYD is aware of the heavy consequences it will face, if it joins forces with the regime against the opposition. It assesses the situation on the ground better than Russia, understanding that the opposition is more powerful than the regime in numerous regions and despite Russia’s military support, it is unlikely that the civil war will be concluded with a decisive military victory of the regime. While it need the regime’s support in al Hasakah and Qamishli, it has to deal with the opposition in Afrin and Aleppo.

The United States will approach Russia’s initiatives for PYD with suspicion and caution. Yet, it will not damage its working relationship with the sole dependable actor in Syria against ISIS. The US and PYD were able to form a working cooperation in Kobani and Tel Abyad against ISIS. Their cooperation is deep rooted and tangible. Also their relations are very well advanced. Neither side will opt for forsaking the other. Yet PYD may develop relations with Russia without breaching America’s red lines.

One of the costs of PYD’s possible alliance with the Syrian regime is being the target of possible sanctions by Turkey, who already views it with suspicion. It is widely known that Turkey recognizes PYD as a threat due to its ongoing organic relationship with PKK. In parallel with the recent fighting in Turkey initiated by PKK, Turkey’s approach towards PYD came to be harsher. Prime Minister Davutoğlu’s statement, “If we determine that the arms support that PYD received is transferred to PKK, we will strike PYD too”, and Foreign Minister Feridun Sinirlioğlu’s call for PYD leader Salih Muslim to “regain his senses” are evaluated in this context. For Turkey, the problem about PYD is that from the beginning of the Syrian uprising, it maintained relations with the Assad regime and avoided cooperating with the opposition. Turkey has sought to urge PYD to move closer to the opposition. PYD’s affirmation to Russia’s call means that Turkey’s Syria policy will be undermined and PYD will join in open warfare against Turkey and its allies in Syria. This will bring about further pressure by Turkey over PYD. Meanwhile, the already existing distrust for PYD among the Syrian opposition will deepen. If PYD joins Russia’s axis, it is likely that it will face assaults by the umbrella organizations of the opposition such as the Fatah Army in Afrin and Damascus Front in Aleppo. The ultimate hindrance for PYD is America. PYD’s tactical cooperation with the Assad regime is understandable for America. However, if PYD moves beyond and enters into alliance with the Syrian regime, Hizbullah and Russia, its relationship with the US that carries strategic significance will be in jeopardy.

The US had room for maneuver in helping PYD since Turkey was undergoing a solution process and Turkish officials were talking to the PYD. Yet, as Turkey’s stance towards PYD hardens, the US might be forced to choose between Turkey and PYD. If the US prefers Turkey, PYD is likely to get closer to Russia-Assad alliance.