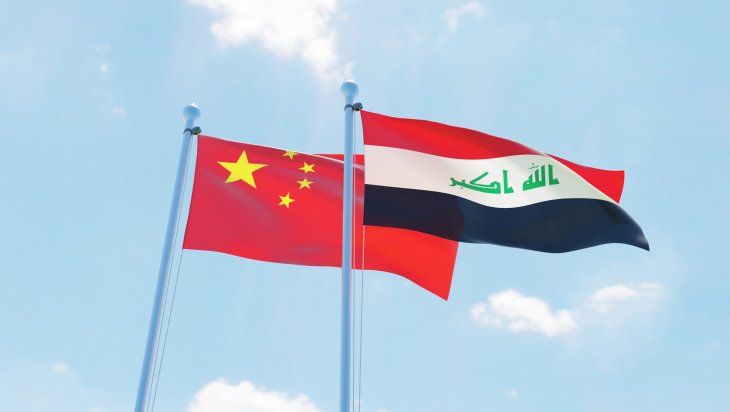 Despite ongoing regional and global turmoil, China hasn’t ceased its investments in the Middle East. A recent report from Fudan University in Shanghai revealed that Beijing secured a new construction deal in Iraq for around $10.5 billion in 2021 — a sum constituting almost one-sixth of China’s Belt and Road Initiative (BRI) investments that year.

Iraq has emerged as China’s number one trading partner in the region and third-largest oil supplier, right after Saudi Arabia and Russia. Its energy reserves and strategic location — near the Persian Gulf and Strait of Hormuz — prove critical for the BRI. As Washington withdraws from the region, Beijing is poised to expand its influence; rising economic relations with Baghdad will likely translate to political influence over time. The US, Iran, and Türkiye, all actively and deeply connected to Iraq, are closely watching China’s moves.

Geopolitical threat
China's growing presence in the Middle East under the BRI appears to stymie US regional strategy. While the US has been trying to disengage from the Middle East for over a decade, Washington is also concerned about the threat to its still-strong political, economic and military presence in the region. China's possible role in the reconstruction of Iraq and growing China-Iran relations are accelerating Beijing’s presence in Iraq at the expense of the US.

China-Iraq energy cooperation has been the cornerstone of their bilateral relationship since 1981, when the China Petroleum Engineering and Construction Corporation started operations in the country. However, the raising of relations to a ‘strategic partnership’ in 2015 was an alarming turning point for the US.

Iraq requires a massive $88 billion for its post-Daesh reconstruction needs — an ample opportunity for Beijing to increase its visibility through investment and construction. While bilateral trade topped $30 billion in 2018, relations were enhanced under former Iraqi Prime Minister Adel Abdul Mahdi, who described the ties as poised for a ‘quantum leap’ during Beijing’s 2019 visit. In the first half of 2021, trade volume between the two countries exceeded $16 billion.

Contrary to the US’ hard power initiatives, China uses soft power strategies in Iraq, particularly economic investments and non-intervention politics. Beijing has recently been benefitting from post-conflict opportunities with mediation efforts and commercial commitment as opposed to military involvement and discourse elsewhere.

It has also already used its UN veto right many times, acting with Russia and against the Western bloc on the Syrian conflict. It is more active in major regional files like Afghanistan and will likely limit US political and military power in Iraq in the foreseeable future.

Iran's benefits
China's regional strategy aims to establish a geographical framework that will create a new balancing force against the West, led by China and Iran. In this respect, the US' downgraded military role in Iraq has opened the door to China globally and Iran regionally.

Having a wide range of political, military, and social influence over Iraq, Iran is in a strategic posture in the US-China quarrel. Strong bilateral relations between Iran and China exist in different fields, and Tehran is becoming more dependent on China due to its economic downturn.

Last March, China and Iran signed a 25-year cooperation agreement in which Beijing promised to invest $400 billion in Iran’s economy in exchange for oil supplies. This reality opens the door to strengthening China in areas where Iran is influential, particularly within Iraq and in the Middle East in general.

It is no secret that Iran has strong economic relations with Iraq, as well as its ability to intervene in the country's political scene and the existence of dozens of militias it supports. Tehran, which is troubled with the US presence in Iraq, indicates this discomfort with attacks on American assets through its proxies both in politics and in the field. It prefers Beijing as a regional partner. Iranian proxies also regularly threaten Türkiye and Turkish military bases in the north of Iraq.

What about Türkiye?
Iraq has geostrategic significance for the BRI’s land route that will link the Middle East to Europe through Iran, Iraq, and Türkiye. At this point, Ankara gives specific attention to the project as it expects significant economic profits.

In 2014, China opened its consulate general in Erbil and announced several billion-dollar investments in the Kurdish Regional Government (KRG), with which Türkiye also has close economic, military, and political relations.

Yet China’s closeness to Iran and their alliance in Iraq will have negative repercussions on Türkiye's political and economic relations with Iraq. Notably, while Tehran seeks to exert China as a balancing factor against the US in Iraq, it may also want to use China's investment strategy as a balancing factor against Türkiye's influence in the KRG.

Taking Geng Shuang’s, China's deputy permanent representative to the UN, call last December for Ankara to "respect for sovereignty" regarding its military operations within Iraqi territory, it may mean that China's influence over Iraq goes beyond economic and geopolitical domination. It is quite clear that this situation is in Iran's favour. However, in the short term, it is unlikely that even a powerful actor like Beijing could affect the indispensability of Ankara, which is the key country in marketing the energy of the KRG to the world, and its gateway to the West.

This article was published in TRT World website under the title of “China’s Iraq investments and its growing foothold in the Middle East” on April 08, 2022.