Oil and Politics: Understanding the recent political rift in Libya 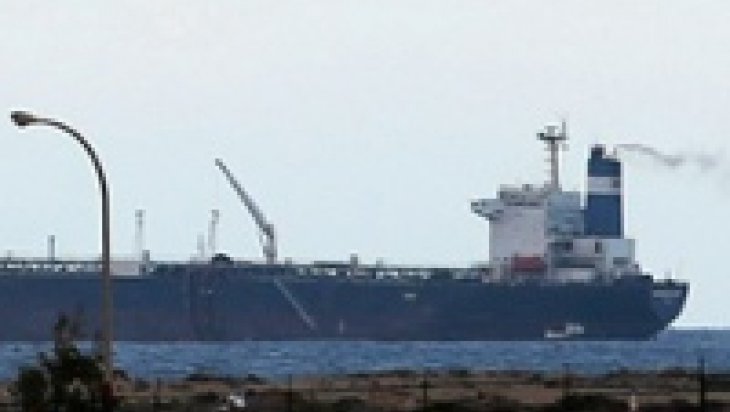 The recent crisis between the ruling National Transitional Council in Tripoli and autonomous Barqa government pertaining to oil supplies lays bare the central and crucial role that oil playing in the splits and tensions that bedevil Libya. Libya, on the anniversary of the international military intervention, came into international spotlight once again. The federalism debate in Libya has gained a new dimension with the impact of the emerging direct threats to oil supply security, as post-Gaddafi Libya has failed to stabilize oil supplies. The oil facilities and pipelines were attacked by militia forces; as a result, oil supplies have been halted or temporarily stopped. However, for the first time in the post-2011 era, the autonomous Barqa government, which demands federal system in the country, became successful in dispatching the oil under their control. Refueling of a tanker laid under the control of autonomous Barqa government triggered the political crisis emerging from the ouster of the Prime Minister, Zeydan, as well as inviting the USA’s direct involvement in the oil crisis.

The debate and rivalry between Barqa, Benghazi-based east side of the country, which is also called Cyrenaica, Fezzan, the neighbor of Chad and Nigeria, and Tripoli on the west Libya formed the main dynamics of the politics in the country the ancient times. The most important factor for this historical debate and rivalry is the power struggle among the tribes/clans in the country. This power struggle produced challenging obstacles for stability in the post-Gaddafi Libya.

The struggle and rivalry between Benghazi and Tripoli became more visible after the Gaddafi’s death and rebels’ gaining control of Tripoli. National Transitional Council declared the independence of Libya and transferred all its centers from Benghazi to Tripoli following Gaddafi’s death. The evacuation of Benghazi by National Transitional Council traumatized the people, political groups and tribes of Benghazi, which hosted the major oil fields and facilities of the country. Considering the importance of the region, Benghazi rejects Tripoli’s position as the political centre of the country. The flags of Libyan monarchy that were upheld by crowds in March 2011 uprisings, which started in Benghazi, did not symbolize the support for the monarchy. Rather, they indicated the demand for Benghazi-centered politics. Eastern Libya had expected an increasing role played by them in Libyan politics and economy in the new era. During the Libyan monarchy rule, the capital city of the country was Benghazi. Gaddafi, following the Green Revolution, changed the capital to Tripoli. However, the National Transitional Council ignored their demands by deciding to preserve the capital city as Tripoli. The debate of federalism and establishment of autonomous government in Barqa/ Cyrenaica is a reaction to decision of the National Transitional Council.

The splits and power struggle among tribes created the most crucial and deepening fault line of the Libyan politics because of Tripoli’s weakness. Autonomous government in Barqa gathered in 2013 in Ajdabiya and announced the regional cabinet. Ibrahim Jathran, the former head of Libya's Petroleum Protection Force in charge of guarding oil facilities, seized the biggest ports Ras Lanuf and Es-Sider with his troops. Ibrahim Jathran commands the militia forces of the autonomous government in Barqa. The Prime Minister of autonomous government in Barqa, Abd-Rabbo al-Barassi, declared that they will form their own oil companies in October 2013. Barqa government claims rights over Benghazi, Tobrok, Ajdabiya and Jabal Akhdar by referring to the 1951 Constitution.

On the other hand, with the ouster of Prime Minister Zeydan, his tribe Zintan has been involved in the federalism debate. Zintan tribe is influential in western Libya, and has a bigger role in guarding the oil installations in that region. As a response to the ouster of Zeydan, Zintan tribe has left Tripoli in a dire situation, by cutting oil supply.

The General National Council (GNC), Libyan interim parliament, called a vote of confidence in Prime Minister Zeydan and dismissed Prime Minister Zeydan after a tanker loaded with oil from the port of Sidra broke through a naval blockade. Defense Minister Abdullah al-Thinni was named interim prime minister and responsible to form the new cabinet. Zeydan left Libya for a European country via Malta. Libya’s chief prosecutor announced that they will ask Interpol to arrest Zeydan who is charged with “harming public properties, forgery of official documents and demolishing official documents.”

The discontent and charges against Former Prime Minister Zeydan have occupied the Libyan agenda for some time.  The country was shocked by a failed coup attempt. In addition to all these, rising political tension in the General National Council (GNC) reflected the power struggle within the cabinet. As a result, the Justice and Construction Party, the political arm of the Muslim Brotherhood in Libya, withdrew its five ministers from Prime Minister Ali Zeidan’s government. However the final blow was Zeydan’s weakness in stopping the oil supply from the port of Es Sidra under the control of Barqa government.

Since Zeydan could not get the military assistance that he needed from the Libyan army, he turned to the militia forces. In addition, the USA sent naval forces to stop oil shipments from the port of Es Sidra.  However, it turned out that the crew of the tanker Morning Glory was held captive by the militia forces. Also both the USA and Libya considered the danger of an environmental disaster, if they strike the tanker. At the end of the day, the Morning Glory left the port of Es Sidra. Nonetheless, on 22 March, the US navy forces handed over the oil tanker Morning Glory to Libya, after seizing it from rebels.

The weakness of Tripoli may trigger fierce power-centered struggle in the country in the upcoming days. Such projections are supported by a recent decision of the Parliament to  authorize the Defense Minister to form the new cabinet. In that respect, the militia forces of Tripoli and Barqa under the command of Jathran fought several times for seizing the control of the military bases in eastern Libya over the last week. For now, Tripoli has failed to force the withdrawal of Jathran’s militia forces. In addition, there are rumors that Jathran seized the weapons of the militias which he defeated. It is possible to expect the continuation of the clashes between Tripoli and Barqa (Benghazi) will continue in the upcoming days. Although the future steps of Zintan tribe towards oil installations in the West depends upon the political negotiations with Tripoli, but the current crisis leaves Tripoli in a difficult situation.

For now, the international actors are not sympathetic to oil supply attempts of Eastern Libya. Although federalism is increasingly seen as a final solution to end the instability in Libya, that idea has not received support at the international society yet.  The USA, by referring to the UN resolutions on oil, announced that they will accept Barqa’s attempt for dispatching oil as “illegal” and till now the USA has directly supported Tripoli. However the current position of the international actors may change if the autonomous Barqa government increases its control over Eastern Libya and Tripoli remains weak.