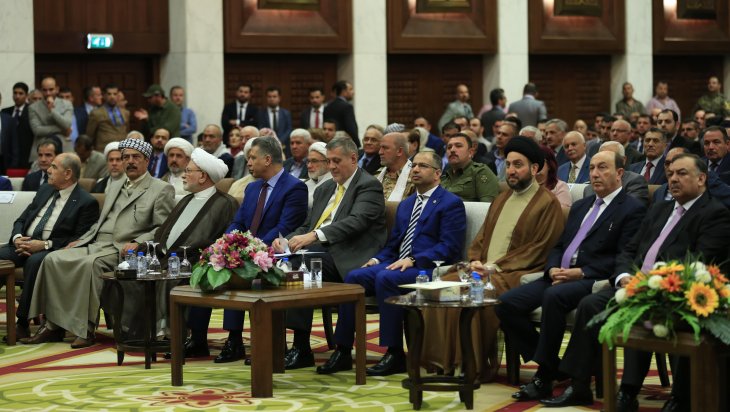 Ammar al-Hakim, the leader of al-Hikma—one of the important parties in Iraq appealing mainly to the Shiite community—and the National State Forces coalition, visited Kirkuk on 4 June 2021. During his visit, Hakim met with local government officials, prominent people of the governorate and intellectual youth, in addition to Turkmen officials and politicians. Despite multiple statements of the Hakim family, known as one of the famous religious families in Najaf, regarding the absence in Iraqi politics of a political representative of the family, Ammar al-Hakim’s being a member of this family nonetheless added a religious, political, social and historical dimension to his visit to Kirkuk.

The Hakim family had fought hard against the pre-2003 Ba'ath regime and is already revered by the Iraqi people. On the other hand, the Hikma Movement founded by Ammar al-Hakim after leaving in July 2017 the Islamic Supreme Council, which he previously chaired, achieved great success under his leadership and made a significant transformation in Iraqi politics by focusing on the youth and increasing the involvement of women in political and social life. The Hikma Movement under Hakim entered the parliament with 19 seats in the 2018 elections. Another important aspect of Hakim's visit to Kirkuk is the fact that the Hikma Movement has a stronger and better-organized political organization compared to other political parties in Iraq.

His visit to Kirkuk, one of the most contentious governorates in Iraqi politics, was remarkable in terms of its timing and location, as it was shortly before the start of his campaign for the snap election planned to be held on 10 October 2021. Although Hakim does not have much influence in Kirkuk, it is a governorate vulnerable to political polarization due to its mixed structure consisting of Turkmens, Arabs, Kurds and Christians. Moreover, the adoption of the multi-constituency system within governorates pursuant to the new Law for the Election of Iraq’s Council of Representatives (CoR Election Law No. 9 of 2020), allowed new political forces to enter the scene in the regions where it was previously considered impossible.

When evaluating Hakim's visit to Kirkuk in the context of electoral competition, one should also take into consideration the visits made by other representatives of Shiite and Sunni parties to neighboring governorates of Erbil and Saladin. In particular, the representatives of the Sadrist Movement, which are aiming for the premiership in the upcoming elections, made a visit to Erbil on 1 June 2021 in order to form an alliance with the Kurdistan Democratic Party (KDP) led by Masoud Barzani. On the other hand, Speaker of the Council of Representatives Mohamed al-Halbousi made a visit on 4 June 2021 to the governorate of Saladin—the zone of influence of Ahmed al-Jubouri (Abu Mazin), the leader of Iraqi People's Coalition and the most powerful Sunni Arab leader in Saladin. With the removal of Abu Mazin from the elections with the Iraqi High Electoral Commission's decision, Saladin; al-Taqaddum under al-Habousi of Anbar origin; and Azim, under Khamis al-Khanjar, turned into a competition ground for political powers. Hakim's visit to Kirkuk and the towns of Tuz Khurmatu and Amirli of Saladin governorate can also be seen as part of the rivalry between powerful political parties in Baghdad. Also, the fact that the majority of the population in these regions are aligned with Ammar al-Hakim's party has showed Hakim's desire to take part in Turkmen politics. Moreover, Hakim's description of Turkmens as a bridge for Iraq with Turkey and the Turkic world during his visit can also be considered as a message signaling his desire to develop good relations with Turkey through the Turkmens.

On the other side, Hakim's visit to Kirkuk was perceived as an important political support for the Turkmens and Arabs in Kirkuk at a time when the Kurdish political powers were carrying out the propaganda that the Peshmerga would return to Kirkuk. This visit upon the invitation of the Turkmens left the impression that Hakim, with his emphasis on the principles of coexistence and brotherhood, was against the return of the Peshmerga. In addition, at the welcoming ceremony for the Hikma Movement leader organized by the Turkmens, Iraqi Turkmen Front (ITF) President Hasan Turan appreciated Hakim's stance on the Law Enforcement Operation of October 2017. As a matter of fact, Iraqi Turkmens are against the presence of any forces in Kirkuk other than the federal forces. Regarding the administration of the governorate, their attitude is based on the principle of real partnership in which all parties can participate and have a say.

In his speech during his visit to Kirkuk, Hakim said: “If the situation improves in Kirkuk, it will also improve in Iraq. Iraq will reunite when we find a common ground in Kirkuk." Hakim's words show the importance of Kirkuk in Iraqi politics and can be considered as a sign that Hikma Movement wants to be active in the governorate. On the other hand, Hakim declared his party's support for the appointment of a Turkmen as the vice president of Iraq. Since 2003, the Iraqi political system has worked in a way to hand the premiership to the Shiites due to their majority in population and in the parliament, the presidency to the Kurds, and the presidency of the Council of Representatives to the Sunnis. Thus, despite their struggles for preserving the unity of Iraq and fight against terrorism, Turkmens were excluded from the political sphere. Hakim's declaration of his support for the appointment of Turkmens as vice president may provide them a stronger position in the future political processes. ITF President Turan's expression of the legitimate rights of Turkmens and his calls against turning Kirkuk into a political bargaining tool, in his welcoming speech to Hakim, were an important message both to the Iraqi public and Iraqi politicians, signaling that they would continue to fight for the legitimate rights of Turkmens.

Hakim's visit to the towns of Tuz Khurmatu and Amirli as part of his visit to Kirkuk indicates the willingness of the Hikma Movement to open up to Turkmens in the future. Unlike the Islamic Dawa Party and the Islamic Supreme Council of Iraq, which are active in Iraqi politics, the Sadrist and Hikma Movements have not developed a clear policy toward Turkmens. For this reason, this visit of Hakim may be to pull the Turkmens to his side as part of his election campaign. This may be further evidenced by the fact that especially the Islamic Dawa Party has lost its influence on the Turkmen regions compared to the past. It should also be noted that Hakim's visit to Kirkuk, Tuz Khurmatu and Amirli, organized as a result of the coordination of the ITF authorities, emerged as a supra-sectarian visit, aimed at strengthening the ties of these regions with the leaders of the Hikma Movement, as well as having candidates of the Hikma Movement from the region. Indeed, Hakim had not made any visits to these regions, despite the fact that Tuz Khurmatu was constantly attacked by bomb-laden vehicles between 2011 and 2014, and after Amirli was liberated from the 85-day ISIS siege in 2014.

Also, it may be incorrect to limit Hakim's visit only to Kirkuk and Iraq. In his statements in Kirkuk, Hakim indicated that Iraqi Turkmens can act as a bridge to forge strong ties with Turkic states. As can be understood from his statement, the importance of Iraqi Turkmens in Iraqi foreign relations is evident. Iraqi Turkmens can contribute to the enhancing of cooperation with Turkic states, especially Turkey, in the fields of economy, trade and industry. For this reason, if Turkmens could obtain constitutional and legal positions in the Iraqi central government and in the local administration of governorates where they are concentrated, this may in turn contribute to the development of the country.

As a result, Ammar al-Hakim's visit to Kirkuk is a reflection of his search for politics that overcomes the barriers of sectarianism and regionalism, which have deeply affected Iraqi politics since 2003. This visit shows that Iraqi political parties are aware of the importance of Kirkuk and that Turkmens can become an effective political power with the upcoming elections. Based on the projections that the upcoming elections will be a turning point for Iraq, it is thought that it would be beneficial for Turkmen politicians to engage in dialogue with strong political actors in Baghdad such as Sadr, Hikma, Naseer and Fatah, and to explain and impose themselves on these movements in order to defend the political rights of Turkmens in line with the expectations. In Iraqi politics, Turkmens are an important element in maintaining the political status-quo in Baghdad. Therefore, the heated political struggle and election competition in Iraq provide an opportunity for Turkmens to obtain their political rights by cooperating with the political powers in Baghdad, and it is possible to argue that if Turkmen political parties and personalities act together in cooperation, Turkmens will be better represented in Iraqi politics and gain a solid ground to defend their rights. 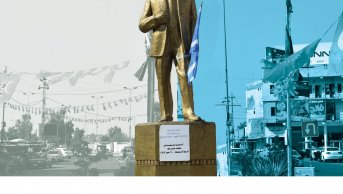